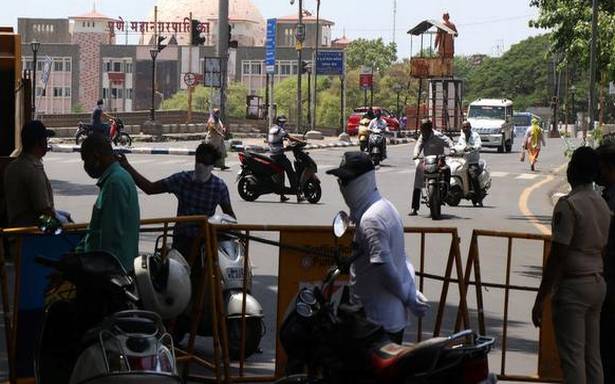 The district currently has more than 17,000 active cases while the total death toll has exceeded 9,350.

While clarifying that no lockdown was imposed across Pune district, the administration on Friday said that all schools and colleges would remain closed till March 31 in wake of a heightened spike in cases.

Pune district has been recording the highest single-day jump in Maharashtra for the past few days, clocking up a daily average spike of more than 2,000 cases.

“According to the new set of restrictions, schools and colleges will remain closed till March 31, while hotels and restaurants will be allowed to function at 50% of their total capacity till 10 p.m. Take-away food deliveries will be permitted for an hour after that till 11 p.m.,” informed Pune Divisional Commissioner Saurabh Rao.

He further said that it was mandatory for hotels to put up a board giving details about the occupancy in the premises at any given time.

Mr. Rao further informed that malls and cinema halls were to be kept closed after 10 p.m. while citizens would not be allowed to loiter on roads between 11 p.m. and 6 a.m. Only essential services are to be permitted during this time.

Given that MPSC exams are imminent, Mr. Rao said that MPSC coaching centres and libraries would be allowed to remain open with 50% occupancy.

The Divisional Commissioner said that rules for the number of people attending wedding functions remained the same (not more than 50 persons), while public transport services were to operate with 50% occupancy.

“Doctors and health workers are of the opinion that vaccination for Pune should get top priority in wake of soaring cases. They have opined that if we have to reduce the impact of the second wave, then vaccination is the best option. Since January 16 till today, the number of vaccination centres in the district have increased seven-fold from 33 to 208 with frontline workers largely covered in the first phase,” informed Mr. Rao, adding that the administration planned to restart the jumbo Covid-19 care facility sited at the College of Engineering Pune (CoEP) premises.

The district currently has more than 17,000 active cases while the total death toll has exceeded 9,350.