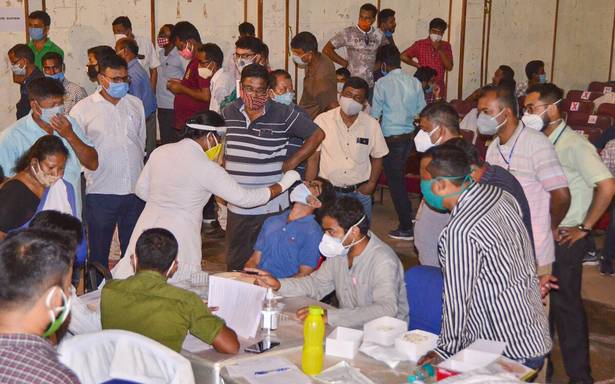 The BJP-led Mitrajot seeks the retain power while the 10-party Mahajot led by Congress hopes to form the government.

The counting of votes for 126 Assembly constituencies in Assam elections began at 8 a.m. May 2 across 331 halls amid “airtight” security and adherence to COVID-19 guidelines.

Three alliances had contested the three-phase elections held on March 27, April 1 and April 6. But the contest is expected to be between the Bharatiya Janata Party-led Mitrajot (group of friends) and the 10-party Mahajot or grand alliance headed by Congress while the regional front of Assam Jatiya Parishad and jailed activist Akhil Gogoi’s Raijor Dal is expected to spring a surprise in a few seats.

The BJP and its allies – Asom Gana Parishad, United People’s Party Liberal and Rabha Joutha Mancha – is confident of retaining power with more than 80 seats. If they do, it will be the first instance of a non-Congress party to secure a second successive term in Assam.

The Congress had ruled for three straight terms from 2001 to 2016 under former Chief Minister Tarun Gogoi.

According to the office of Assam’s Chief Electoral Officer, 946 candidates including 74 women had contested the elections this time. The total was 118 fewer than the number of contestants in 2016.