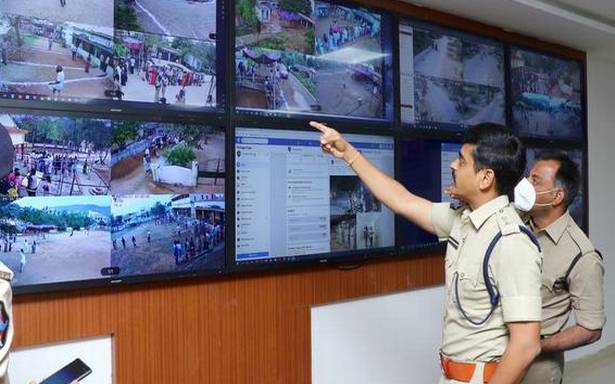 One killed in clashes between two groups in Kadapa

With the final phase of elections coming to a peaceful end, barring minor skirmishes here and there, it was curtains for the voting process in Chittoor and Kadapa districts on Sunday.

In Chittoor district, Collector M. Hari Narayanan announced that polling was conducted in a free and fair manner in thirteen mandals in the fourth phase, wherein 2.95 lakh out of the 3.75 voter strength came out to vote, taking the poll percentage to 78.7%. While inspecting the counting process at the Tiruchanur ZP High School on Sunday, he directed the polling staff to expedite the process.

Beyond the temple city of Tirupati, the Tirupati Urban police district is spread across ten mandals including Renigunta, Yerpedu, Srikalahasti, Thottambedu, B.N. Kandriga, Chandragiri and Ramachandrapuram, where polls were held on Sunday.

Superintendent of Police (Tirupati Urban) Ch. Venkata Appala Naidu, who visited some of the sensitive booths, also monitored the poll-related developments throughout the day from the Central Command Control Unit. While announcing measures for the counting process, he said additional forces would be deployed to ensure order on the day of counting. He warned the candidates emerging victorious not to take out any victory rallies, thanksgiving events or address public meetings as it could vitiate the atmosphere at the ground level.

Kadapa district registered 85.13% turnout for polling 114 panchayats in eleven mandals of Jammalamadugu and Pulivendula divisions. Collector Ch. Hari Kiran said the voters of all 540 panchayats in 48 mandals exercised their franchise in a free and fair environment in the district in the four phases. However, in Bramhamgari Matham mandal, a person died in clashes between two groups, while another was attacked by rivals in Joukupalle when he was preparing to file nomination for the ZPTC polls.

TDP district president R. Sreenivasa Reddy urged the Collector and Election Officer to reissue notification for receiving nominations for MPTC, ZPTC and municipal council elections, in view of the coercion and threat unleashed by the ruling party leaders in March last year.