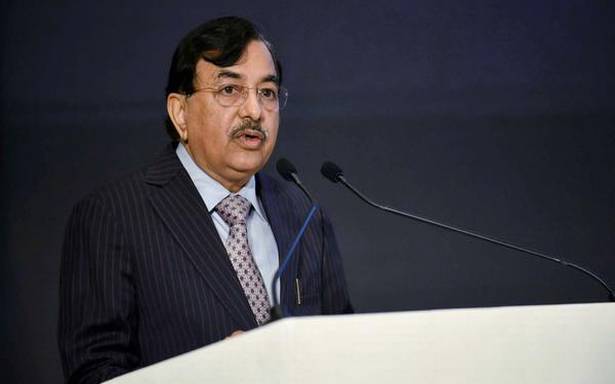 Allahabad HC had called for postponement given spread of Omicron variant

A day after the Allahabad High Court requested the Election Commission to postpone the upcoming Uttar Pradesh Assembly polls due to the threat of the Omicron variant, Chief Election Commissioner Sushil Chandra said on Friday the EC would visit the State next week to review the situation.

Mr. Chandra was speaking at a press conference in Dehradun during a two-day visit to Uttarakhand to review the preparations for the Assembly elections in the State, also scheduled for next year. The EC had visited Punjab and Goa recently for similar reviews and is set to visit U.P. next week.

When asked about the Allahabad High Court’s request, Mr. Chandra said he had been informed that Uttarakhand had one case of Omicron so far. He reiterated the EC’s measures for making elections COVID-safe and said the Commission would take action as per the Constitution and the Representation of the People Act, 1951.

According to Section 153 of the RP Act, the EC can “for reasons which it considers sufficient” extend the time for completing any election by making the necessary amendments in its notification. That, however, is not applicable now as the elections for the five States where polls are due in early 2022 — Manipur, Goa, Uttarakhand, U.P. and Punjab — have not been announced yet. Article 324 of the Constitution vests powers of “superintendence, direction and control” of conduct of elections in the Election Commission.

The demand for postponing elections was raised by some political parties in 2020, ahead of the first State Assembly polls to be held during the pandemic, in Bihar. However, the EC had gone ahead with polls as the total lockdown in the country had been lifted, though COVID-19 guidelines were in place. However, byelections to 18 Rajya Sabha seats had been deferred in March 2020 as the country was under lockdown.

Elections are supposed to conclude before the term of the legislature is scheduled to end, for which the EC starts preparations in advance, seeking information from the government regarding the prevailing conditions. The Constitution provides for the option of extending the duration of a State legislature beyond the five-year term in case there is a Proclamation of Emergency for a period of one year at a time. In case the EC cannot hold elections, it would inform the Centre and the State could be placed under President’s Rule. In the past, the EC postponed elections after the assassination of Rajiv Gandhi while campaigning in Tamil Nadu in 1991.