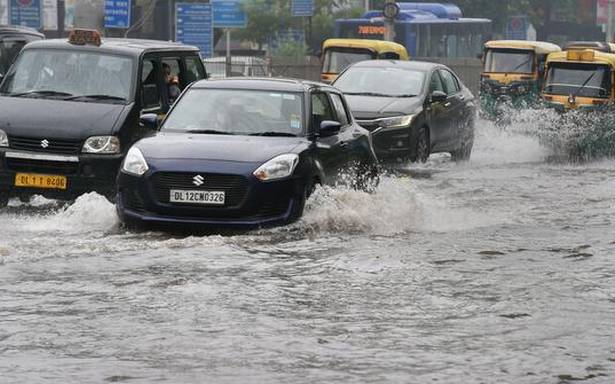 A highly unusual monsoon season this year has yielded 1,100 mm of rainfall in Delhi so far, the highest in 46 years, and almost double the precipitation recorded last year, the India Meteorological Department (IMD) said on September 11.

The figures are subject to change as more rainfall is predicted in the city during the day.

"The Safdarjung Observatory, which is considered the official marker for the city, had gauged 1,150 mm of rainfall in the 1975 monsoon season. This year, the precipitation has already hit the 1,100-mm mark and the season has not ended yet," an IMD official said.

Normally, Delhi records 648.9 mm of rainfall during the monsoon season, according to the IMD.

Between June 1, when the monsoon season starts, and September 11, the city normally gets 590.2 mm of rainfall.

The monsoon withdraws from Delhi by September 25.

"Light to moderate rain is likely in the next two days. Another wet spell is predicted around September 17-18," the official told PTI.

It has been a bountiful September for Delhi, with 343.6 mm of rainfall recorded so far this month, which is the highest in at least 12 years, according to data available on the IMD’s website.

The September rainfall this year has been in marked contrast to the last year, when the city got a meagre 20.9 mm precipitation in the month against the normal of 129.8 mm.

Despite the monsoon embracing Delhi only on July 13, making it the most-delayed in 19 years, the capital had recorded 16 rainy days in the month, the maximum in the last four years.

The string of rainy days gave 507.1 mm rainfall in Delhi, which was nearly 141% above the long-period average of 210.6 mm. It was also the maximum rainfall in the month since July 2003, and the second highest ever. The city recorded just 10 rainy days in August, the lowest in seven years, and a cumulative rainfall of 214.5 mm, lower than the average of 247 mm.