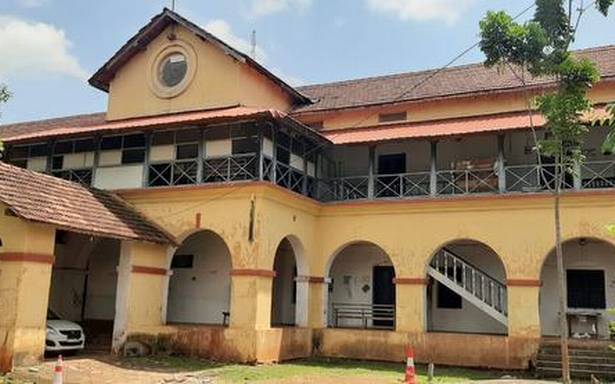 The Palghat History Club (PHC) has demanded that the historic civil court complex at Ottappalam be maintained as a monument. Plans have been afoot to raze down the colonial building for the construction of a modern court complex.

“This building from the British era has historic, archaeological and political significance. Therefore, it should not be demolished. Instead, it should be conserved as a monument,” said PHC general secretary Lijo Panangadan and president Boban Mattumantha.

Among those who endorsed the PHC’s stand were Hemachandran Nair, former Director of the Department of Archaeology; P.K. Balakrishnan, former Principal of Government College, Chittur; Rajasekharan Nair, former head of the department of history at V.T.B. College, Sreekrishnapuram, and historians K. Rajan and S. Rajendu.

The 160-year-old court building has had many historic moments to its credit. The British set up the court at Ottappalam after they started focusing on Ottappalam and Cherpulassery following the 1792 Srirangapatna treaty. Ottappalam gained in significance after the introduction of the railway.

The court building had witnessed the trial of several freedom fighters arrested by the British in connection with the first KPCC meeting of 1921. Judges Madhan Nair and Oyyarath Chandu Menon were among the luminaries who worked at this court.

The court deals with cases from 66 villages registered at 11 police stations. Set up by the British, the building functioned as ‘Valluvanad district munsiff court’.

“The Ancient Monuments and Archaeological Sites and Remains Act of 1958 clearly suggests conservation of buildings more than 100 years old. This is a historic building, and therefore, it should be conserved,” PHC leaders said.

They added that the Ram Mohan Palace near the High Court and the Manmohan Bungalow in Thiruvananthapuram were conserved. The buildings of Kochi and Thalassery constructed in 1930 too are being protected, they pointed out.

The PHC said the proposed court complex should be built in a separate plot. It said the unused land of the Kanjirapuzha irrigation project could be used for establishing the proposed complex.