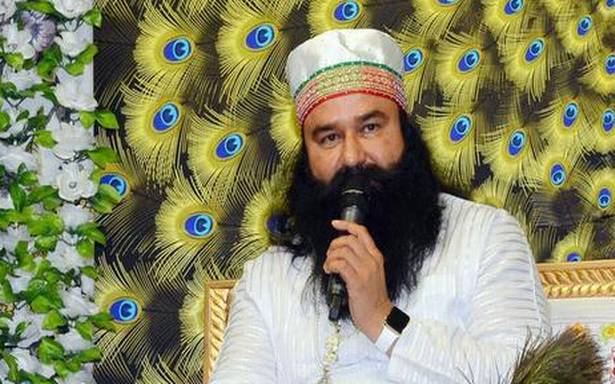 Earlier on June 3, Singh had undergone some tests at the Post Graduate Institute of Medical Sciences (PGIMS), Rohtak after he complained of abdominal pain.

Dera Sacha Sauda chief Gurmeet Ram Rahim Singh, who is lodged in Sunaria jail in Haryana’s Rohtak district, was on June 6 taken to a private hospital in Gurgaon for some tests, a senior prison official said.

Earlier on Thursday, Singh had undergone some tests at the Post Graduate Institute of Medical Sciences (PGIMS), Rohtak after he complained of abdominal pain.

The 53-year-old sect head of the Sirsa-headquartered Dera was taken to Medanta Hospital in Gurgaon for further tests on Sunday.

Sunaria Jail Superintendent Sunil Sangwan told PTI over the phone that all tests related to Singh’s condition could not be completed at PGIMS, Rohtak. When another top government hospital was approached in this regard, they said the tests were currently not being done due to the COVID-19 situation.

Later, it was suggested to the prison authorities that these tests could be done at Medanta Hospital. The permission for the same was granted, he said.

Singh was taken to the hospital under heavy police escort.

Among other tests, Singh had undergone an abdominal CT scan at PGIMS, Rohtak on Thursday, officials had said.

In May, he was admitted to the government hospital after he complained of dizziness and blood pressure fluctuation. He was discharged after an overnight stay at the hospital.

Singh is serving a 20-year jail term for raping two of his women disciples. He was convicted in August 2017 by a special CBI court in Panchkula.