Court also directed editors of media houses to exercise “proper editorial control” over news content to ensure that investigation in the case is not hampered in any manner and that the content is not “offensive” and “scandalising”. 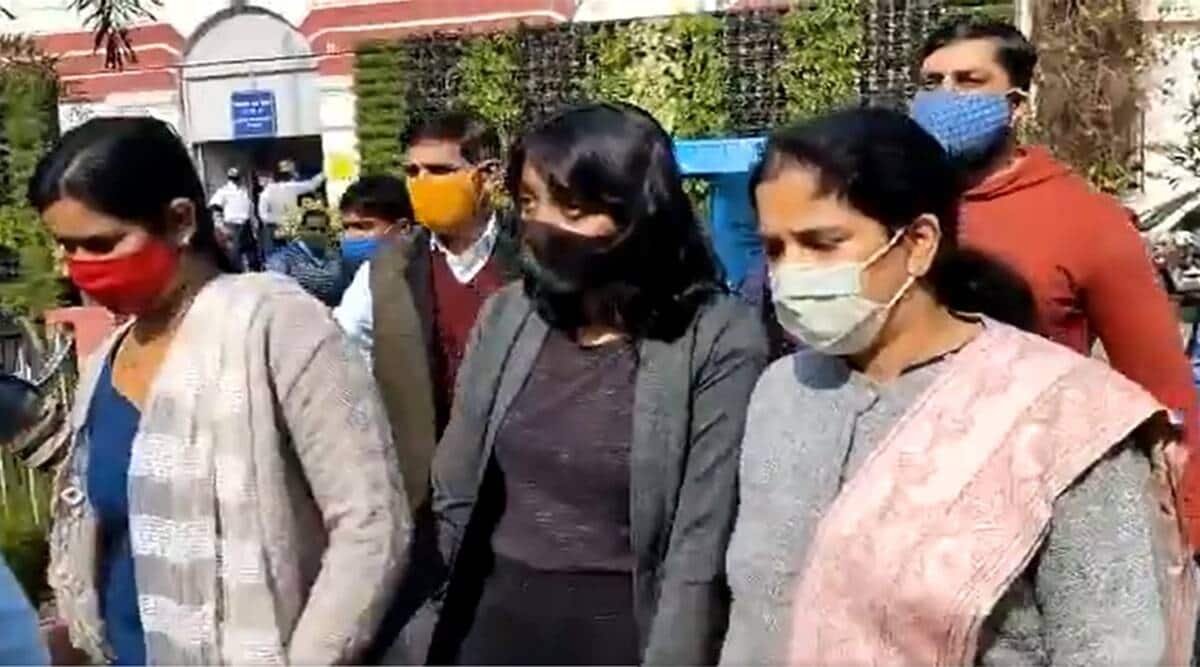 Hearing a plea from climate activist Disha Ravi, who was arrested in connection with a toolkit on the farmers’ protest that was tweeted by Swedish activist Greta Thunberg, the Delhi High Court Friday directed police to abide by Home Ministry guidelines and not “rush to the press with half-baked, speculative or unconfirmed information about ongoing investigations”.

It also directed editors of media houses to exercise “proper editorial control” over news content to ensure that investigation in the case is not hampered in any manner and that the content is not “offensive” and “scandalising”.

The High Court was hearing arguments in a plea by Disha against the “leaking” of her WhatsApp chats, allegedly by police, to the media. A local court, meanwhile, sent Disha to three days in judicial custody after police accused her of being “evasive” during questioning. She will be lodged in Tihar Jail.

In the High Court, Justice Prathiba M Singh observed: “While police briefings and happenings in court proceedings, etc., can all be broadcast and disseminated, leaked investigation material ought not to be disseminated so as to prejudice the investigation.”

The High Court directed Delhi Police to strictly abide by its affidavit, in which it denied leaking anything to the media, and the advisory issued by the Ministry of Home Affairs in 2010 to ensure that there is no violation of legal rights, privacy and human rights of accused.

“The Delhi Police or other investigative authorities would, however, be entitled…to conduct its briefings in accordance with law so long as no rights of the petitioner are violated,” said the High Court. It also directed media houses to ensure their telecasts or broadcasts are from authentic and verified sources, adding: “Though the sources need not be revealed.”

Taking the view that recent coverage “definitely” shows there is “sensationalism” and “prejudicial journalism”, the High Court said: “While a journalist cannot be asked to reveal the source, it would have to be ensured that the source ought to be a verified and authentic source and the content ought not to be merely speculative or conjectural.”

“All disseminated content shall be in strict adherence to the ‘Programme Code’ as contained in the Cable Television Networks Rules 1994 as also the Code of Ethics & Broadcasting Standards prescribed by the News Broadcasters Association,” the High Court said in its order.

In her plea, Disha had sought action against news channels that “violated her right to fair trial and privacy”, as well as a restraint and takedown order against them. However, the High Court declined to pass an order to take down any content, and said the plea will be considered at a later stage.

Additional Solicitor General S V Raju, representing Delhi Police, argued that journalists, in order to hide their source, “may say they have taken it from police”. He also submitted that the messages in question are dated February 3 and Disha’s phone was allegedly seized on February 13. He submitted that some information “on behalf of the petitioner” is being leaked to “malign” police. Senior Advocate Akhil Sibal, representing Ravi, denied the allegations.

The police counsel also submitted that WhatsApp messages can form part of the chargesheet and be revealed at that stage.

On Thursday, the High Court had issued notices to three news channels — Times Now, India Today and News18 — and the News Broadcasting Standards Authority on the plea. The court will hear the case on March 17.

The court was also told that Disha has filed her bail application, which will be heard Saturday. During Friday’s hearing, the 22-year-old, who was arrested Sunday and remanded in police custody for five days, was granted time to speak to her lawyers inside the court lock-up.

Additional Public Prosecutor Irfan Ahmad, who appeared on behalf of Delhi Police told the court: “During interrogation, she was evasive in giving her replies. We have served a notice to co-accused Shantanu Muluk to join the investigation on February 22. We will confront Ravi with the co-accused to see any contradictions in their statements… She has shifted the blame upon Shantanu and co-accused Nikita Jacob. They all need to be confronted.”

Maharashtra-based Mukul and Jacob have obtained anticipatory transit bail from the Bombay High Court. Disha was represented in court by her lawyer, Sidharth Aggarwal, who opposed the police application. “There is a possibility of tampering in this case. They are claiming various things,” he said.

Thunberg had tweeted the toolkit on February 3, with police claiming in the FIR registered the next day that the sequence of events in the farmers’ protests, including the violent incidents at Red Fort on Republic Day, was a “copycat” of the alleged action plan in the Google document.