In spite of lukewarm results in combating Covid, the treatment remains viable, especially during pandemics, provided it receives the right technology boost 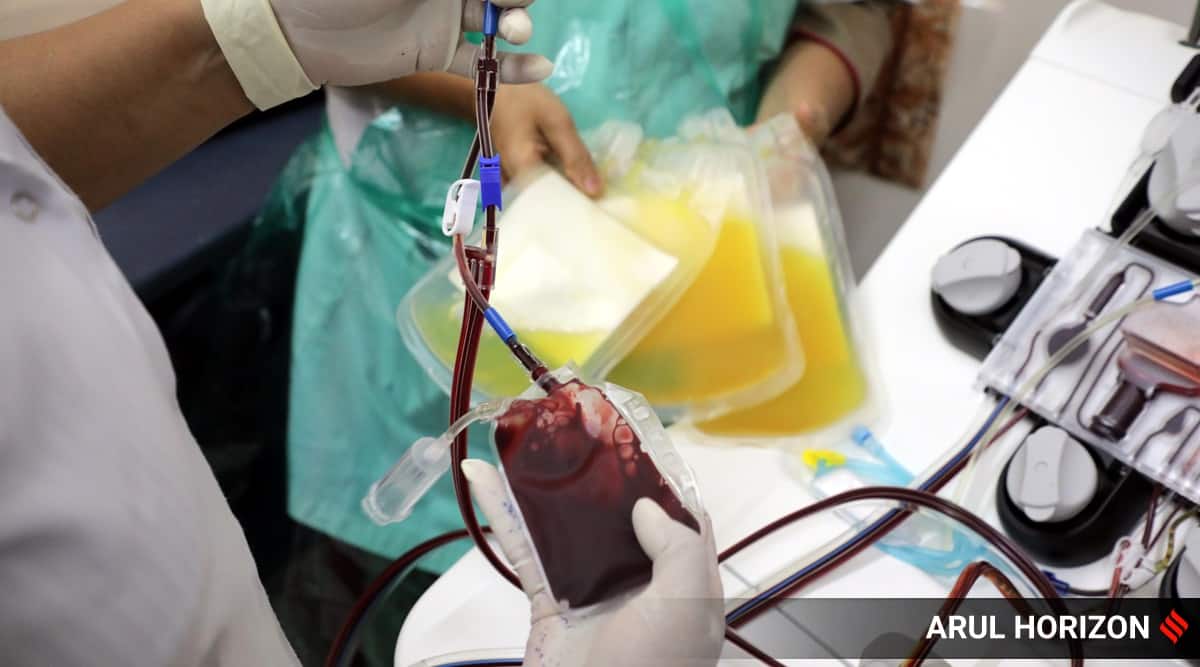 Blood plasma donation has become a familiar term in the COVID-19 era. Such plasma based treatment is not a new technique, and has been successfully used in the past, for the treatment of burn patients, patients with clotting disorders and immune deficient patients. The term “Convalescent Plasma (CP)” refers to plasma that has been collected from patients previously infected with a disease, and whose blood now has antibodies capable of fighting back the disease.

CP therapy involves passively transferring CP harvested from previously ill patients, to new patients, to enable them to better fight the disease. CP therapy, a treatment followed as far back as 100 years ago, has been used to fight outbreaks such as those of polio, Spanish flu, hepatitis B, measles, ebola, MERS and SARS.

Even with a seemingly straightforward proof of its efficacy, CP treatment hasn’t attained the expected success in treating COVID-19. With vaccines ready to be launched, this process seems to have lost traction. But with new strains of COVID-19 emerging, the following questions arise: Is plasma therapy relevant? Will it still be a viable treatment option?

From where I stand, the answer to the question of relevance, is a resounding “Yes”, and the solution that will enable CP therapy to become viable, and also affordable, is the field of microfluidics, a branch of science which looks at “fluid” behaviour at micro scales. But before discussing the solution, first lets understand why CP therapy is still relevant despite its lukewarm acceptance as treatment for COVID-19.

A few studies, in the initial stages of the pandemic, indicated that CP therapy was a good option to counter COVID-19 — breathing improved significantly, mortality was reduced to zero in some studies and only rare episodes of allergic reactions were observed. A general consensus in the medical community was that, CP, preferably with high antibody proportion, should be given prior to intubation and inflammation, in order to successfully battle the disease.

However, with passing months, studies from across the world, such as from China, India, Argentina, reported contrary results. CP therapy was not uniformly effective across all patients. Why did such contradictions arise? In going back to the various studies, it is clear that the large part of the problem lies not in the treatment method itself, but more on not having a cohesive scientific understanding of how the human body (and COVID-19 virus) responds to this technique, and about why it behaves that way.

Most studies that have used blood plasma therapy as a treatment option for COVID-19 , have been, what scientists call, “non-randomised” (randomised is a gold-standard with regard to scientific procedure). This, in simple terms, means that the tests were not conducted in a manner where one can clearly isolate the effects of plasma therapy on patients, from that of other treatments. Thus, one is still left with many questions, most importantly, why is it that different individual patients react differently to plasma therapy? Is it because different dosages of antibodies are required based on patient specific conditions? If so, then what dosages?

Answers to these questions is an exercise which will take a few years of dedicated research, but one which is reasonably familiar ground, and which can be achieved with government push, support and funding. Thus, the question now boils down to, why must there be a push for CP therapy? What do we, in India, stand to gain from this? The answer to this is pretty simple and compelling — we do know as a matter of certainty that when a pandemic or new disease spreads, CP therapy becomes the first line of protection. So, considering our population, a significant percentage of which are vulnerable and poor, CP therapy becomes the only immediate mode of defence available to protect millions of lives. Thus, India cannot afford to give up on CP therapy, especially since it has proved effective for several other diseases.

So, what does India need, in order to successfully adopt CP based therapy? Two things: A strong research-backed understanding of the technique, and second, a robust, de-centralised, collection-distribution network for plasma, that has its reach even in the remotest parts of the country. It is in the context of meeting these two requirements that microfluidics becomes the key enabler.
It is only by leveraging microfluidics enabled CP methods, that public-health programmes can ensure, both, large-scale collection and delivery, in remote locations in a timely, efficient, and cost-effective manner, as well as ensure sufficiently large data samples are available for research. Let’s look more closely on how this is possible.

Microfluidics’ technique uses the complex behaviour of the blood when it is made to flow through very small micro-sized tubes, to separate plasma. When blood is made to flow through small channels, the red blood cells(RBCs) part of the blood tend to migrate towards the centre of the tube, leaving behind the plasma (which contains the antibodies) along the channel walls. The plasma along the channel walls can then be extracted. But plasma collection, at the scales we are discussing, requires access to blood donors, and that too of different blood-types; and specific to CP, we need donors who have developed antibodies for a specific type of disease. Thus, small point-of-care devices capable of collecting and extracting plasma, that can be deployed in several locations right across the country, become necessary.

Microfluidic CP devices meet this requirement, and also have additional advantages of simplicity of design, ease of fabrication, easy portability and cost effectiveness. In contrast, the current conventional method of plasma collection which uses the plasmapheresis machine, is bulky, expensive, requires trained people for its maintenance, and is best suited to be located in big hospitals under controlled environments. Thus, it can be seen that microfluidics enabled CP devices are best suited for plasma collection in large numbers, and even in remote, resource constrained environments.

Currently, in India, several companies are involved in microfluidics based bio-device manufacturing. These companies are at par with the world, with some of them succeeding in manufacturing devices that are almost market ready, producing outputs close to that of conventional techniques. Indeed, some challenges and scope of improvement still remain such as extracting plasma without diluting the blood, and also subjecting the cells to minimal stress during the separation process. However, these are problems to which solutions are being attempted as we speak, and it’s expected that these issues will be resolved in the next couple of years. A structural integration of these new-age technologies are required in our existing public-health framework, and is a way to use cutting edge science to serve the masses.

As mentioned earlier, for enabling rigorous research in CP therapy, in a context that will be relevant to the Indian diaspora, India needs access to a large number of plasma samples, from diverse environments, and from different parts of the country. Similarly, if CP needs to effectively work as a first line of defence for a pandemic, India must also become better prepared to make CP accessible all over the country.

Both these requirements can be simultaneously met only when there is a well-oiled collection-distribution network, de-centralised, and operational at the local panchayat level. This is achievable, with a government supported plasma collection programme, facilitated by ASHA workers, and local public clinics, following the model, scale and reach of the country’s polio vaccination drive — a capability that we have successfully demonstrated, year after year. For this, India must look at integrating microfluidics-enabled CP capability, indigenously developed by Indian scientists, into this public-health framework.

Such integration and updating of technology will help us not only counter and mitigate health crisis situations in the immediate future but also ones arising several decades into the future. With sustained, committed support, and investment from both corporates and government, health related problems of society can be addressed, and future-proofed.

The writer is an Assistant Professor of Mechanical Engineering at IIT Bombay. Views are personal