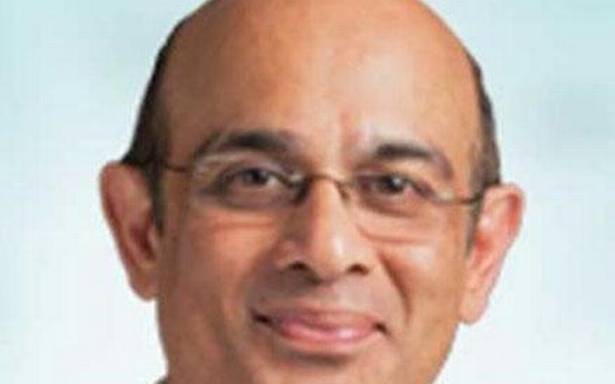 ‘Delta Plus can cause another wave if vaccination is delayed’

Any relaxation in the COVID-19 lockdown may increase the transmissibility of the virus, especially with the emergence of the highly infective mutants and the lack of vaccine uptake, says V. Ramasubramanian, a member of the medical expert committee.

Commenting on the impact of the variants, the senior consultant, infectious diseases department, Apollo Hospitals, told The Hindu on Sunday that though the vaccine efficacy might be compromised against the mutants, it was believed, based on real life evidence, that two doses of Covishield would give a protection of 60% against the Delta variants.

Efficacy is not known

Asked how different the variant was from the earlier ones, Dr. Ramasubramanian said the Delta variant was first identified in India in December 2020 and believed to have been responsible for the second wave. It was also believed to be 70% more infectious than the British (Alpha) variant and 100% more transmissible than the original Wuhan virus.

“It is felt that the Delta virus is more severe in its symptoms and complications, leading to severe infections in younger persons without co-morbidities. It could also have a better ability to resist conventional treatments, but that has not been established yet. The Delta Plus variant has mutations over and above the Delta that could make it more sinister in terms of its infectiousness and transmissibility. It may also respond less effectively to the currently available monoclonal antibody cocktail. The current vaccine efficacy may also be compromised against the Delta Plus variant,” he said.

Asked why the new variant was described as a “variant of concern”, he said it was characterised by the presence of mutations in the spike protein which attaches itself to the receptor in the human respiratory tract. “The Delta Plus variant has extra mutations, which may make it more transmissible and resistant to the current treatment modalities.”

There were no significant differences in the symptoms due to the variants, though severe infections in younger persons, without co-morbidities, were seen during the second wave. The treatment protocols remained the same, but the effectiveness of the monoclonal antibody cocktail might be compromised, he said.

Dr. Ramasubramanian, who is also the director of Capstone Clinic, said there was an increased need to do genetic studies of more samples to define which type of strain was in circulation. Any increase in the number of cases, increased test positivity rate or bed occupancy would warrant restrictions.

Asked whether the virus could be air- or water-borne, he said it spread predominantly through droplets, and by air to a limited extent. “There is an urgent need to increase vaccine uptake and complete the two doses at the earliest to ensure a better protection against the variants,” he said.