India’s current focus is on drawing foreign investment into domestic manufacturing; but Delhi has been unable to clinch bilateral trade deals or articulate the case for rejigging the global economic order. 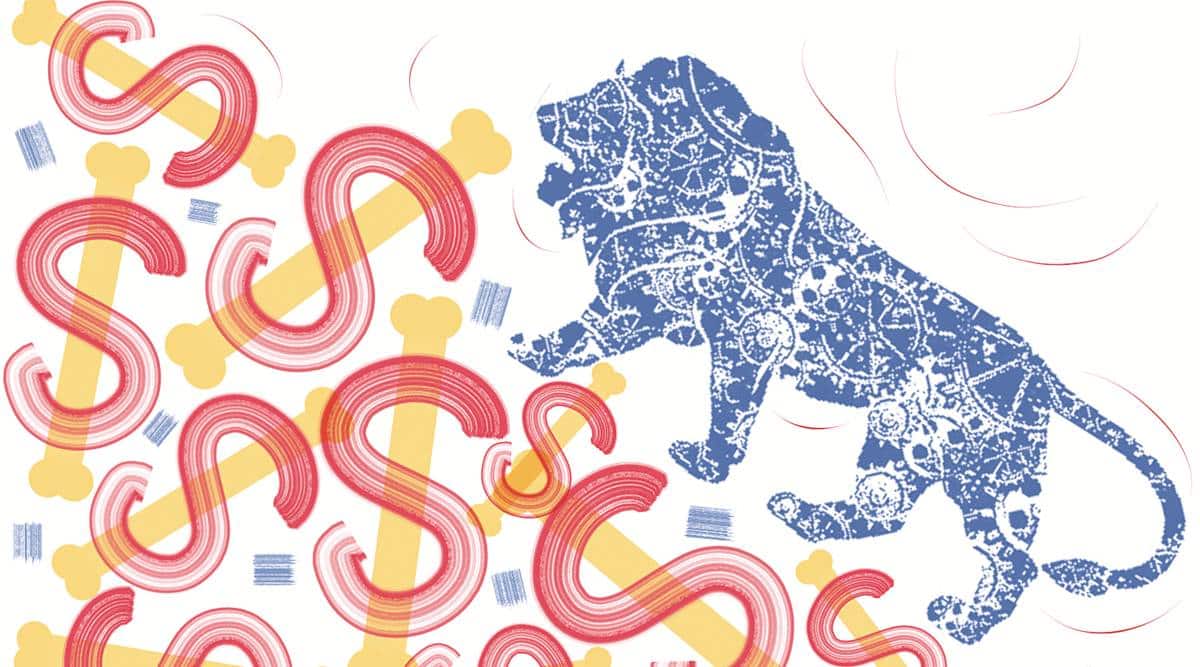 The Quad, or the quadrilateral security dialogue between India, US, Japan and Australia, is now emblematic of the geopolitical churn in the eastern hemisphere. Less noted but equally significant is its geo-economic agenda that has drawn South Korea, Vietnam and New Zealand into the post-pandemic consultations in the so-called “Quad Plus” format. In both the domains, China is the natural focus. The policy discourse is about blunting Beijing’s ambition to exercise regional hegemony and preventing it from bending the global economic order in China’s favour.

India finds itself at the frontline on both. Confronting an expansive Chinese aggression on its frontiers and Beijing’s growing strategic influence in the subcontinent and the Indian Ocean, Delhi is ready to explore security coalition-building with its Quad partners.

India has also been a pioneer in economic decoupling from China — recall its withdrawal from the Regional Comprehensive Economic Partnership in 2019 and its opposition to China’s Belt and Road Initiative first articulated in 2017. In the wake of the Ladakh aggression, Delhi has taken up active economic measures against China to limit trade and investment links. It was natural, then, for Delhi to take part in the economic initiatives of the Quad and its extended format. But the apparent clarity in Delhi on the geopolitical imperatives of the Quad stands in contrast to the continuing ambiguity regarding the geo-economic initiatives of the new forum.

India is not alone here. Most chancelleries of the world are deeply divided on how to manage the relationship between the two. They are all looking to see how the US resolves the dilemmas involved. That, in turn, hinges a lot on the outcome of the US presidential elections early next month. If Donald Trump has pushed the US in one particular direction, it is not clear where Jo Biden, whose prospects for victory seemed to have improved significantly in the last few weeks, might want to go.

Opinion | C Raja Mohan writes: Confusion reigns on what the Quad is and its future in India’s international relations

In the last few months, top officials of the Trump administration have laid out a comprehensive framework for addressing the ideological, political, economic, technological and security challenges posed by China. But disentangling the web of economic interdependence woven over the last four decades is not easy.

Pessimists worry that Biden might simply abandon Trump’s challenge to China and return to the past policies of accommodation. Optimists believe the US establishment now has a clear appreciation of the challenges posed by China. While there might be a change in the tone and style of the Biden administration, they hope, it is likely to be disciplined and organised with the China challenge. They also expect Biden to take the allies and partners into confidence in dealing with China.

Realists, including policymakers in Delhi, must take a more differentiated view. They must prepare for a serious contestation within the Biden administration on the China policy.

On the liberal side, the growing band of “climate hawks” in the Biden team might have no time for the “China hawks”. They want to end the confrontation with China and begin collaboration to address the greatest threat to humanity. The liberal human rights caucus wants a tough line on China’s treatment of its ethnic and religious minorities, but wants to avoid a new Cold War with Beijing.

Powerful economic interests in the US — including Wall Street and Silicon Valley that are major contributors to the Biden campaign — would prefer a return to a policy of engagement. They would hope Biden would use the leverage generated by Trump to repackage commercial ties with China, declare victory and end the talk of economic decoupling.

Countervailing pressures come from the progressive and labour wings of the Democratic Party that want Biden to continue Trump’s reorientation of the economic engagement with China. More broadly, they want a break from the excessive globalisation of the last few decades that has deindustrialised America and off-shored jobs.

Biden, once the champion of free trade with China, has significantly modified his stance during the campaign. He has promised not to sign any new free trade agreements without first investing in American workers.

Some of Biden’s plans do look like parts from Trump’s “America First” policy. Biden wants to “make more in America” and “buy more American”. Biden has also unveiled an expansive agenda of “industrial policy” — which was derided until recently — to rebuild American industry and regain American technological leadership.

Biden says his administration would invest nearly $2 trillion in revamping manufacturing, developing new transportation technologies, including high-speed rail and electric cars, moving towards a green economy, and stepping up research on artificial intelligence.

Biden’s industrial policy will surely run counter to the rules of the World Trading Organisation. If he does follow through on the declared agenda, Biden might be as unforgiving of the WTO as Trump. Many Democrats are eager to join Republican nationalists in marginalising the WTO.

Some advisers of the Biden camp are echoing Trump’s call for constructing a new network of supply chains among America’s trusted friends and partners. India’s current participation in the economic initiatives of the Quad might augur well for Delhi’s engagement with the incipient debate on reimagining the global trading system. India might also hope that an “Atmanirbhar America” might create room for domestic industrial policy in a reformed trading order.

But is Delhi ready for a comprehensive reform of the global trading rules? It is one thing to be part of Quad’s diplomatic consultations on reorienting supply chains. But it is entirely another to reform India’s economic policy to cope with the unfolding disruption in the global trading system.

If India has had difficulties doing even a mini trade deal with the Trump administration, the going could be a lot tougher with the Biden team that will link commerce to human rights, labour rights and environmental standards. Most of India’s partners in the “Quad Plus” grouping, including Japan, South Korea, Vietnam, Australia, and New Zealand, are all pro-trade and will find ways to work with the US and each other.

India’s current focus is on drawing foreign investment into domestic manufacturing; but Delhi has been unable to clinch bilateral trade deals or articulate the case for rejigging the global economic order. Engaging the Quad partners on reforming the China-centred economic globalisation of the last three decades is a rare geo-economic opportunity for India. But it is also a big challenge, for it involves engineering much internal change. Meanwhile, Beijing has begun to tease the Biden team with offers of a “fresh start” and “new beginning” on trade and climate change. Beijing’s objective is to favourably influence America’s internal contestation on China policy.

This article first appeared in the print edition on October 13 under the title “Quad and the global churn”. The writer is director, Institute of South Asian Studies, National University of Singapore and contributing editor on international affairs for The Indian Express