In many ways, Auschwitz has become the center of Holocaust history and research and serves as a reminder of the horrors of the Holocaust. On January 27 this year, survivors of the Holocaust and international heads of state will mark the 75th anniversary of the liberation of Auschwitz. 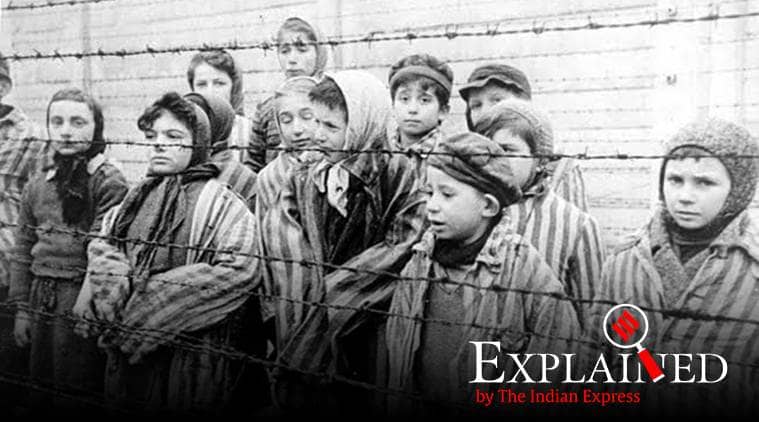 During the Second World War, the government of Nazi Germany killed approximately 17 million people across Europe in half a dozen camps specifically designated for killings. Of these seven killing centers, the camp at Auschwitz, perhaps the most well known, was the largest in size. In many ways, Auschwitz has become the center of Holocaust history and research and serves as a reminder of the horrors of the Holocaust. On January 27 this year, survivors of the Holocaust and international heads of state will mark the 75th anniversary of the liberation of Auschwitz.

Why is January 27 an important date in Holocaust history?

During the final stages of the Second World War, months before the fall of Nazi Germany, Nazi officials began forcibly moving prisoners between the camps spread across Europe. Called ‘Death Marches’, this forcible displacement of prisoners on foot over long distances in the bitter cold, with little to no food, occurred several times during Nazi occupation, also resulting in deaths, but exacerbated in the run-up to the last stages of the Second World War. Some researchers believe that prisoners were moved from camps near the war front to other camps elsewhere in Europe to prevent the liberation of prisoners of war held inside these camps and to also remove evidence of crimes against humanity perpetrated by Nazi officials. Prisoners who were very ill and disabled were left to die in the abandoned camps.

Allied forces advanced from the West while soldiers belonging to the Red Army of the Soviet Union began entering concentration camps and killing centers across Europe, liberating survivors. The first camp that the Red Army soldiers liberated was the Majdanek camp in Poland in July 1944. The Army entered Auschwitz on January 27, 1945, finding hundreds of sick, starving and exhausted prisoners, who had somehow survived. In 2005, the UN-designated January 27 as the International Holocaust Remembrance Day.

What occurred during the liberation of Auschwitz?

Along with surviving prisoners, the Red Army also found hordes of items belonging to the prisoners that had been stripped from them by Nazi officials when they first arrived at Auschwitz. According to figures by the United States Holocaust Memorial Museum, 3,48, 820 men’s suits, 8,36, 255 women’s coats, tens of thousands of pairs of shoes, mounds of human hair and other personal belongings of the prisoners were found at the camp.

When the Red Army soldiers and Allied troops found survivors at Auschwitz and across Europe, the prisoners were so weak after having been starved for prolonged periods of time, that despite medical intervention, many died days after their rescue. Several soldiers in the Red Army and in the Allied troops later gave testimonies concerning the sights that awaited them when they first entered the camps in Auschwitz and elsewhere. Although Nazi officials had destroyed many warehouses and crematoria where property looted from prisoners had been stored and where bodies had been disposed, liberating troops still found evidence of the crimes and brutality perpetrated against the prisoners.

What made Auschwitz unique?

Historical records show that despite attempts by Nazi officials to obliterate prisoners, particularly those at Auschwitz, there were survivors who lived to provide testimony against Nazi officials. Several factors set Auschwitz apart from other camps across Europe. Researchers say that the camp at Auschwitz served two purposes; it functioned as a camp for slave labour and it is the only extermination camp with modern crematoria equipped with gas chambers that were used for killing prisoners.

The camp, spread over a large area in the town of Oswiecim, Poland, was divided into three sections, Auschwitz I which was the main camp, Auschwitz II-Birkenau which included the extermination camps and gas chambers, and Auschwitz III-Monowitz that was made up of several smaller camps where Nazi officials compelled prisoners to engage in forced labour for German companies that were themselves run by Nazi sympathizers. Chemical conglomerate IG Farbenindustrie was one such company. The camp at Auschwitz had originally been built to hold Polish political prisoners but by March 1942, it became one of the main centers for the Nazi’s Final Solution to the Jewish Question, a euphemism for the long-term Nazi plan to engage in the mass murder of Jews, including those outside Europe.

Who were the other victims of the Holocaust?

The Nazis did not only target Jews. They used their ideology to discriminate against and persecute people based on their ethnicity, political beliefs, religion, and sexual orientation. Other victims of the Holocaust included ethnic Poles, the Roma and Sinti, Soviets, Homosexuals, the disabled, Freemasons, Serbs and Jehova’s Witnesses. In the camps at Auschwitz, the Roma were imprisoned along with their families and subjected to medical experiments and other forms of inhumane treatment and torture.

Of the approximately 1.3 million people who were forcibly sent to Auschwitz, some 1.1 million died, a majority of whom were Jews. Some survivors of the camp at Auschwitz included Elie Weisel, Primo Levi and Imre Kertesz who went on to share the testimonies of their time in the camps, to highlight the horrors of the Holocaust.

What was the aftermath of the Holocaust?

In the years following the end of the Second World War, trials were held in various cities in Europe against Nazi officers and people who worked inside the camps in various capacities and perpetrated crimes against humanity in the camps of Auschwitz and elsewhere in Europe. These individuals included both men and women, many who escaped accountability for their crimes after the fall of Nazi Germany. To evade justice, many SS officers changed their identities and escaped to other parts of Europe, the US and to other parts of the world.

The camps at Auschwitz have become an important reminder of the horrors of the Holocaust and in 1947 the government of Poland made the site a state memorial. In 1979, UNESCO added the Auschwitz memorial to its list of UNESCO World Heritage Sites.

For all the latest Explained News, download Indian Express App