As the name suggests, The Hundred will feature 100 balls per innings, 20 less than a traditional T20 game, with a duration of two and a half hours. 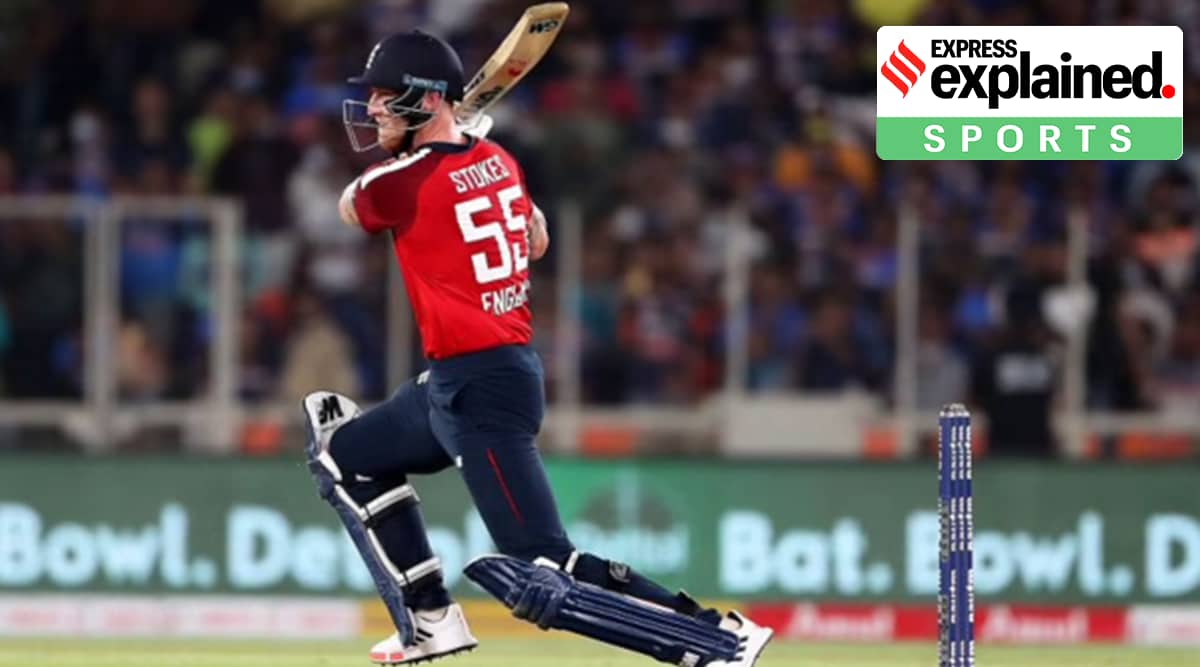 English cricket makes an audacious dive into the unknown with the launch of The Hundred — a unique 100 balls per side format, touted as the game’s fourth version — on Wednesday. Cricket already has three formats at international level — five-day Tests, 50-over duels, and T20s.  Even though T20s have been conceptualised in England, the England and Wales Cricket Board (ECB) believes a slimmer version is needed to attract a younger and more ethnically diverse audience to the game. “The idea behind The Hundred is to bring mums and kids during the summer holidays,” Andrew Strauss, former director of England cricket had said.

The ECB had plans of kick-starting this competition last year before the pandemic derailed their plans. The Hundred will consist of eight franchises, featuring men’s and women’s teams, beginning on July 21 with the women’s match between Oval Invincibles and Manchester Originals at The Oval.

How is The Hundred different from a T20 game?

As the name suggests, The Hundred will feature 100 balls per innings, 20 less than a traditional T20 game, with a duration of two and a half hours. The six-ball overs are done away with in this competition, and replaced by a set of five deliveries known as ‘fives’. The umpire will hold a white card to signal the end of the first set of fives. It’s the fielding captain’s discretion whether to allow a particular bowler to bowl 10 balls (two consecutive fives) from one end or one ‘five’. There’s a two-minute timeout that a fielding side can take after the first 25 balls, though it’s not mandatory. The term ‘batsman’ does not exist in The Hundred. It’s replaced by a gender-neutral term called batter.

A few other changes are as follows:

* A bowler can bowl upto four ‘fives’.
* The first 25 balls in each innings will be a Powerplay, where only two fielders are allowed to be stationed outside the inner ring.
* In The Hundred, no-balls are worth two runs, followed by a free-hit.
* A fielding captain can station a maximum of upto five fielders on the leg-side.
* If a fielding team doesn’t finish its quota within the allotted time, they will have to bring an extra fielder inside the ring till the time they end the innings.
* Unlike in a T20 game, the non-striker does not take strike even if he has crossed during a dismissal.
* An amended Duckwoth-Lewis-Stern method, which will look at the number of balls and not overs during rain-hit games.
* In case of a tie in the group stage, both teams will earn one point each.
* If it’s a tie in the knockout stage,  a ‘Super Five’ tie-breaker will be used. If the second Super Five is also tied, the team that finished higher on the ladder during the group stage will progress.

Why does English cricket need this format?

Simpler and shorter when compared with the T20, The Hundred is aimed at making the game more accessible to a wider audience, especially mothers and kids. The popularity of the Indian Premier League has prompted the ECB to create its own prototype, one that’s unique and stood out from the rest. In an interview with Sky Sports, Tom Harrison, while terming The Hundred as “a profit centre”, reckoned the cricket board would stand to earn upto £11m as profits by staging the Hundred this year — inclusive of broadcasting rights, sponsorship deals, tickets sale and merchandising. Harrison argued this would help ECB tide over most of the losses incurred during the last 18 months due to the pandemic.

If that’s the case, why are people opposed to The Hundred?

The Hundred is termed gimmicky and unwelcome addition to an already congested calendar.  The ECB has also received considerable flak for downplaying the intelligence of their target audience —“mums and kids” — by suggesting that conventional cricket was too complicated a sport for them to understand.

Critics have also labelled it an “attempt to reduce the number of counties by stealth.”  The home-grown 50-over domestic tournament, which was a showpiece event in the English summer, has now lost its sheen, with the final being played on Thursday, and not on a weekend. In essence, this will see an exodus of players to The Hundred, with counties like Surrey losing a dozen players. Resultantly, many feel the level of competition in domestic cricket will reduce considerably. In a similar vein, the T20 Vitality Blast is now being squeezed into a smaller window. Even the first-class fixtures’ itinerary have been scuttled around — played between April and May and the second half during September — thereby giving The Hundred a much bigger stage.

Are Indians participating in this competition?

There are no Indians from the men’s team in The Hundred’s draft because the Board of Control for Cricket in India does not allow them to participate in overseas franchise events.  However, five women cricketers will be participating in this competition. They include Shafali Verma, Harmanpreet Kaur, Jemimah Rodrigues, Smriti Mandhana, and Deepti Sharma.

Have international players withdrawn due to the pandemic?

Yes, there has been a spate of withdrawals by international players due to the pandemic, bio-bubble fatigue, and travel restrictions. It’s not the start ECB had hoped for. Australia’s David Warner and Glenn Maxwell, New Zealand’s Kane Williamson, South Africa’s Kagiso Rabada, and Pakistan’s Shaheen Shah Afridi are some of the big names to have pulled out from the men’s event, while Australia’s Meg Lanning, Ellyse Perry, and Alyssa Healy will not be available in the women’s competition.

What does the future hold for cricket’s diet version?

Without the presence of major international players, it remains to be seen whether people will come in hordes to the stadiums or plant themselves in front of their television sets to watch The Hundred. Despite the surfeit of T20 leagues mushrooming across the globe, it’s too early to predict whether ECB’s dream 100-ball project will bring about the next big revolution in cricket.