The plan kicks in on October 15, with a first round of measures including a ban on non-essential use of diesel generator sets. More measures will kick in as the anticipated increase in levels of pollution takes place with the arrival of winter. 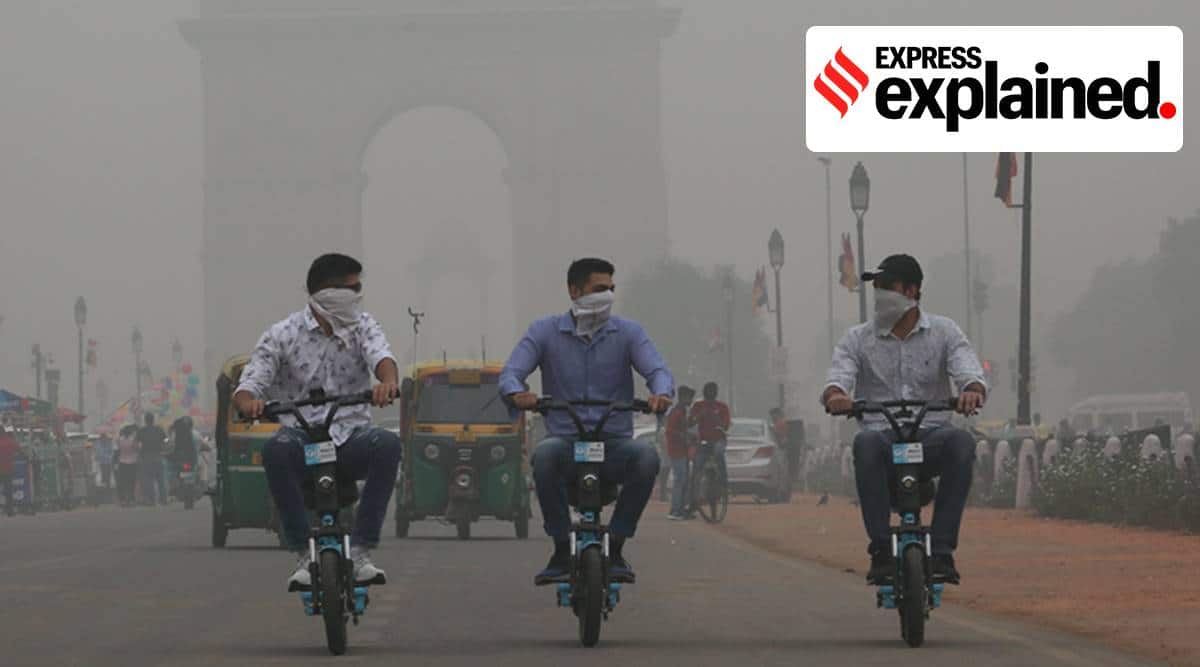 Starting October 15, some stricter measures to fight air pollution will come into force in Delhi and its neighbouring National Capital Region (NCR) towns, as part of the Graded Response Action Plan (GRAP). The action plan has been in effect for three years in Delhi and NCR.

Starting October 15, diesel generator sets can no longer be used in Delhi and the NCR towns of Noida, Ghaziabad, Greater Noida, Faridabad, and Gurgaon. The only exception is DG sets used for emergency and essential services.

Pollution control authorities will begin night patrolling to check for dust and industrial emissions, as well as the burning of waste. Mechanised sweeping and frequent sprinkling of water on roads (to make the dust settle) have been directed.

These steps will be incremental. Levels of pollution are expected to rise as winter approaches — and as they do, more measures will come into force, depending on the air quality.

These measures are part of GRAP, which was formulated in 2016 and notified in 2017. Experts have credited the actions under the plan for the improvement in Delhi’s air over the past few years.

Approved by the Supreme Court in 2016, the plan was formulated after several meetings that the Environment Pollution (Prevention and Control) Authority (EPCA) held with state government representatives and experts. The result was a plan that institutionalised measures to be taken when air quality deteriorates.

GRAP works only as an emergency measure. As such, the plan does not include action by various state governments to be taken throughout the year to tackle industrial, vehicular and combustion emissions. The plan is incremental in nature — therefore, when the air quality moves from ‘Poor’ to ‘Very Poor’, the measures listed under both sections have to be followed.

If air quality reaches the ‘Severe+’ stage, the response under GRAP includes extreme measures such as shutting down schools and implementing the odd-even road-space rationing scheme.

GRAP has been successful in doing two things that had not been done before — creating a step-by-step plan for the entire Delhi-NCR region, and getting on board several agencies: all pollution control boards, industrial area authorities, municipal corporations, regional officials of the India Meteorological Department, and others.

The plan requires action and coordination among 13 different agencies in Delhi, Uttar Pradesh, Haryana and Rajasthan (NCR areas). At the head of the table is the EPCA, mandated by the Supreme Court.

GRAP was notified in 2017 by the Centre and draws its authority from this notification. Before the imposition of any measures, EPCA holds a meeting with representatives from all NCR states, and a call is taken on which actions have to be made applicable in which town.

A blanket ban on the DG sets for Delhi-NCR towns from October 15 onward was announced last year as well. However, issues were raised by the Haryana power secretary at the time about deficiencies in the electrical infrastructure in commercial and residential areas developed by builders in Gurgaon.

Authorities from both Haryana and UP had informed EPCA at the time that they would put in required measures by winter 2020 for the supply of electricity from the grid. How the ban plays out this year remains to be seen.

The biggest success of GRAP has been in fixing accountability and deadlines. For each action to be taken under a particular air quality category, executing agencies are clearly marked. In a territory like Delhi, where a multiplicity of authorities has been a long-standing impediment to effective governance, this step made a crucial difference. Also, coordination among as many as 13 agencies from four states is simplified to a degree because of the clear demarcation of responsibilities.

Three major policy decisions that can be credited to EPCA and GRAP are the closure of the thermal power plant at Badarpur, bringing BS-VI fuel to Delhi before the deadline set initially, and the ban on Pet coke as a fuel in Delhi-NCR.

The EPCA, headed by retired IAS officer Bhure Lal and including members from the Centre for Science and Environment, was constituted in 1998 by the Supreme Court. The initial mandate of the body was to ensure that Delhi’s bus and auto fleet moves entirely to CNG — a mammoth task that played a crucial role in cleaning Delhi’s air in the late 2000s.

The body continues to monitor pollution, and assists the Supreme Court in several pollution-related matters.

What measures have been taken in other states?

One criticism of the EPCA as well as GRAP has been the focus on Delhi. While other states have managed to delay several measures, citing lack of resources, Delhi has always been the first to have stringent measures enforced.

In 2014, when a study by the World Health Organisation found that Delhi was the most polluted city in the world, panic spread in the Centre and the state government. The release of a study on sources of air pollution the following year also gave experts, NGOs, and scientists a handle on why Delhi was so polluted.

All of these things, state government officials say, have made Delhi the obvious pilot project. For GRAP as well as EPCA, the next challenge is to extend the measures to other states effectively.

* Stop entry of trucks into Delhi (except essential commodities)

* Task Force to decide any additional steps including shutting of schools

* More frequent mechanised cleaning of road and sprinkling of water

* Stop use of diesel generator sets

* Mechanised sweeping on roads with heavy traffic and water sprinkling