The perpetrators of this violence are Mexico’s organised crime syndicates and drug cartels, who want to gain control over municipal governments and local economies. 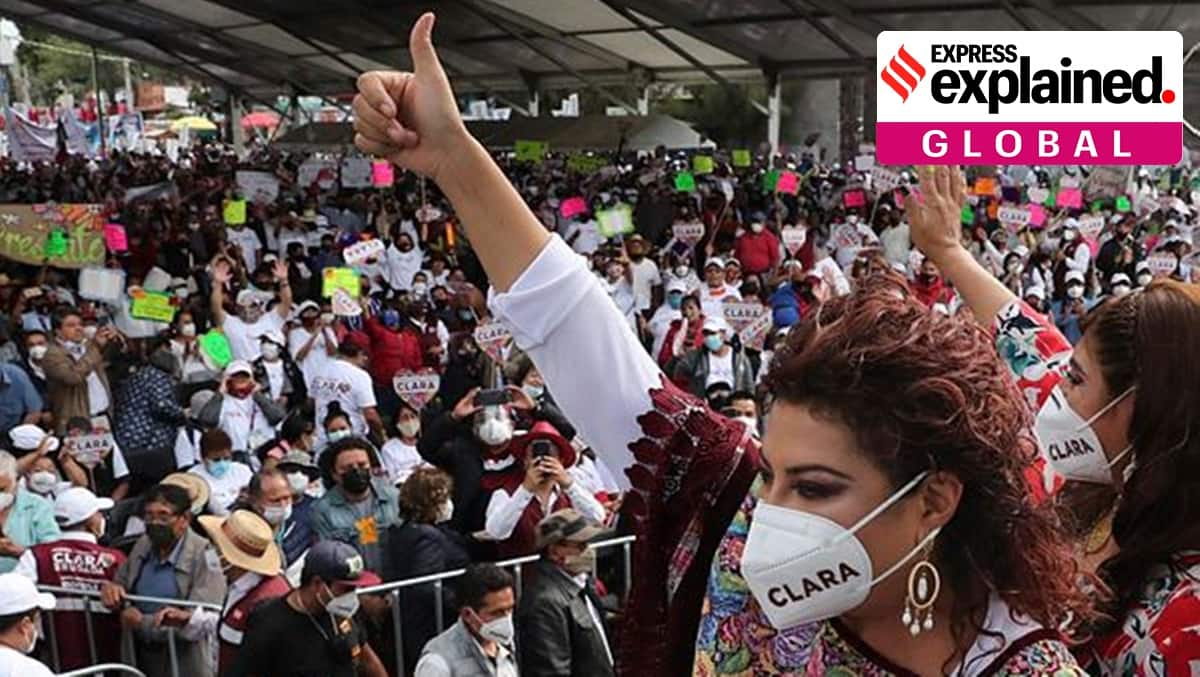 On June 6, Mexico will vote to elect deputies to its 500-seat lower house of Congress, governors in 15 states, and hundreds of mayors and local legislators — more than 20,000 positions in all.

This electoral cycle has been one of the most violent in Mexico since 2000, with 89 political assassinations, over a hundred casualties, 782 acts of aggression, and an exponential rise in crime since September 2020, according to figures provided by Mexican consulting firm Etellekt.

Elections in Mexico have always been tainted by political violence — the 2018 election recorded over 130 deaths of politicians and candidates along with reports of hundreds of casualties and crimes. Etellekt reported that criminal aggression in the 2021 round of elections is 64 per cent higher than recorded in 2018.

The perpetrators of this violence are Mexico’s organised crime syndicates and drug cartels, who want to gain control over municipal governments, local economies and populations to dominate drug-trafficking routes and criminal activities in their territories.

In this political tussle, some politicians reject organised crime, while others seek support from gangs for their money and manpower. On one hand, political hopefuls have dropped out of races due to threat to their lives, on the other, criminal leaders have publicly declared support for some politicians.

Who are the victims?

Majority of the victims are political hopefuls contesting for mayoral and local-level seats, which places them in a vulnerable position as crime groups seek to gain authority at the local level to increase territorial control.

In March alone, one politician was assassinated per day, many have been kidnapped, while some have even lost family members in these attacks.

Criminal organisations are more likely to attack and threaten politicians unprotected by the police or military. Also, politicians with grassroot campaigns to weed out crimes from their municipalities are at a much greater risk of threats. As many as 75 per cent of the attacks were against opposition politicians in areas where they were contesting.

Criminal violence is also used in retaliation against politicians/public servants who did not aid criminal gangs. Over 60 candidates for mayoral posts have withdrawn from campaigns due to threats and campaigning has been suspended in many areas due to rise in violence.

How and why are criminal gangs dominating the elections?

According to government estimates, nearly 200 criminal gangs operate in Mexico. These groups are highly sophisticated, organised, well-funded and have infiltrated every level of the Mexican society, including public institutions.

Drug cartels have now diversified into new criminal activities. According to Wall Street Journal, apart from drug trafficking, these groups smuggle migrants into the US, sell black-market gasoline, and extort money and resources from local businesses. Once in control of local governments, these gangs also take money meant for public works.

Many smaller groups are now viciously competing to control local areas by intimidating and killing off politicians, with these actions posing a direct threat to Mexico’s young democracy.

Gema Kolppe-Santamaia, another Mexican crime investigator at Loyola University Chicago, told The Guardian, “The point of gaining control over the next mayor is to assure that this mayor guarantees access to two prize resources: public money and the police.”

Where are public institutions in all of this?

Mexico’s judicial and policing systems are infamous for corruption and high impunity rates. In 2019, only 0.3 per cent of the recorded crimes saw prosecutors filing charges and the criminals being brought to trial in front of a judicial body.

In this election cycle, Mexican authorities have logged 398 attacks/threats on candidates, most of which are likely to remain unsolved.

Falko Ernst also told The Guardian, “Criminal groups have learned their lesson over the past few years that no matter what they do — including killing candidates or attacking public institutions — there are no consequences.” He further said that Mexican judicial institutions play no role in solving crime and prosecuting criminals.

While 150 candidates have received protection from the government, it nearly isn’t enough. Some candidates who have been attacked have accused the national guard and police of not protecting them.

Mexico’s President, Andres Manuel Lopez Obrador, has accused the media of sensationalising the assassinations and crimes to make the government look bad. He also declared that there is “peace and tranquility” throughout Mexico, despite overwhelming evidence to the contrary.

Analysts have said this wave of political aggression can be blamed on the President’s security policy of eliminating what he calls the economic roots of violence by providing jobs for poor youth, instead of taking head-on action and bringing in the military and police to confront the country’s powerful cartels.

“The government has no policy to contain these criminal organisations”, Guillermo Valdes, a former head of Mexico’s intelligence agency, told Wall Street Journal.

As reported by Mexico Daily News, the secretary of Mexico’s Interior Minister, Olga Sanchez Cordero, said that the attacks against candidates are unrelated to the election. She said unions and student organisations are ‘exploiting the present circumstances’ to violently air their demands.

With the high number of seats up for election, a new composition in the lower house could emerge, that could significantly shape the federal security policy. Even at the local level, leaders who are non-compliant with criminal gangs and cartels could possibly lead to the eventual decline of criminal activities.

Amidst the rising fears of violence on election day at polling stations, Lorenzo Cordova, the president of the National Electoral Institute (INE), said that the commission isn’t responsible for providing security but the federal government is.

Excelsior reported that elections have already been cancelled in two municipalities due to rising security concerns. Cordova added that polling stations may not be installed in various other parts if the situation is not contained.