Amandeep Singh Bains, one of the volunteers said that they have already planted 10 saplings at Singhu border as a symbolic gesture and work has begun to encourage farmers to do the same. 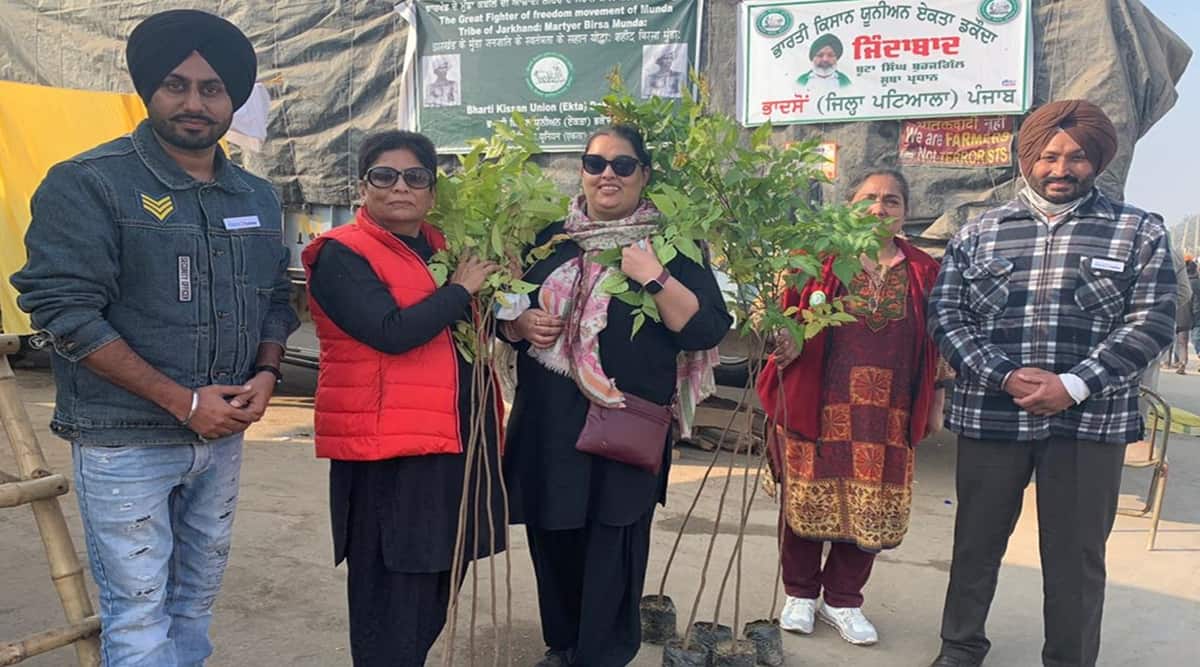 With the ongoing farmers’ protest at Delhi borders against the Centre’s three farm laws being termed as ‘historic’ in many ways, a group of volunteers from Ludhiana have taken a ‘green’ initiative to leave behind a legacy for the coming generations.

Volunteers from the team of ‘Tractor2Twitter’ — an online platform encouraging the youths to use Twitter and take the voice of the farmers to social media — have planted saplings at Singhu border.

They have also given a call to farmers who are arriving to join the protest, to bring along at least one sapling, and plant it at the protest spot where they park their tractors.

Speaking to The Indian Express, Amandeep Singh Bains, one of the volunteers from Tractor2Twitter (@Tractor2twitr) said that they have already planted 10 saplings at Singhu border as a symbolic gesture and work has begun to encourage farmers to do the same.

“This agitation by farmers of Punjab and Haryana, against the central government, is historic in many ways. It is a great act of resistance and a perfect example to show our coming generations that peaceful demonstrations are the most powerful in a democracy. Our motive is to leave behind a legacy which lives forever. In future, whenever people especially youths should pass from this site, they should see something which should remind them of the agitation which started from here at Singhu border and the way it got scripted in the history of our country. Singhu border is witness to a historic farmers agitation and it should be preserved in some way,” said Bains.

Ten saplings were planted in the presence of elderly farmers at the protest site.

Bhavjit Singh, an IT professional from Australia and co-founder of Tractor2Twitter, said saplings being planted at Singhu border would become ‘morche di nishaani’ (a symbol in the memory of the protest). “Rather than constructing any memorial or a concrete structure, we thought of planting trees because nothing can be better than a green memorial which would live for decades to come,” said Bhavjit.