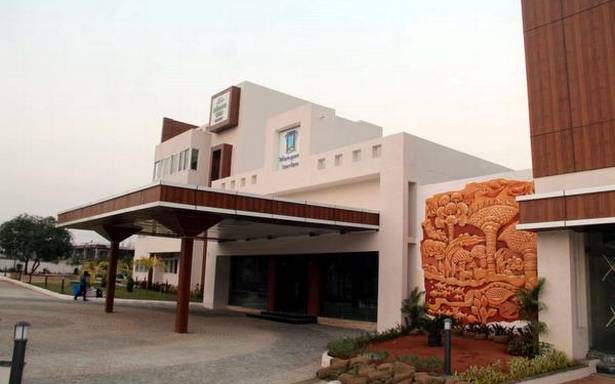 Finance and Health Minister Harish Rao will inaugurate a three star hotel in Siddipet on Friday.

The hotel situated at Nagulabanda under Siddipet Urban Development Authority (SUDA) limits was constructed at a cost of ₹15 crore by the Telangana State Tourism Development Corporation (TSTDC).

This is the first star hotel by the corporation in State.

Constructed in about two acres and surrounded by greenery, the hotel is set up in the G+2 model with 14 rooms in each floor and a suite in the second floor. It also houses an AC restaurant and banquet hall with a capacity to serve about 1,000 guests.

As part of promoting the art of Siddipet, pictures of Kapu Rajaiah, Basic Balaiah, Rustum and Nakashi of Cheriyal adorn the hotel rooms.