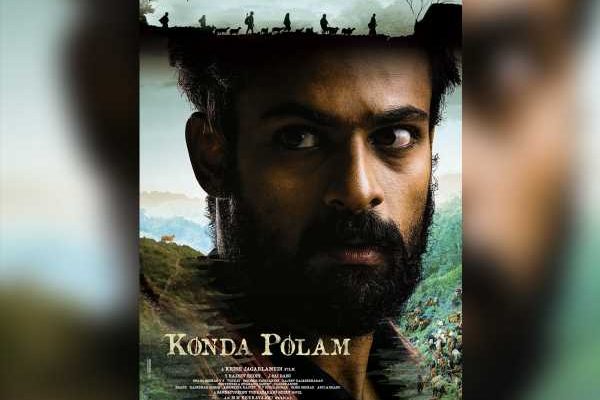 The young mega actor Panja Vaisshnav Tej is  currently working with Krish of Kanche and Gauthamiputra Satakarni fame for an upcoming film. Today morning the makers  revealed the title Kondapolam and also released the first look poster of Panja Vaisshnav Tej from the film who is playing the role of Kataru Ravindra Yadav.

Rakul Preet Singh, who is playing the female lead in Krish’ directorial venture took to her Twitter and shared the first look poster of Panja Vaisshnav Tej, and said, “Excited to unveil the title & first look of Panja Vaishnav Tej as Kataru Ravindra Yadav from our film Kondapolam. An Epic Tale Of Becoming.”

Kondapolam  starring Vaisshnav Tej and Rakul Preet Singh is produced by Saibabu Jagarlmudi and Rajeev Reddy, under the banner of First Frame Entertainments and it has the music by MM Keeravani whereas the cinematography  is handled by Gnana Shekar VS.

Vaisshnav is the brother of actor Sai Dharam Tej and nephew of megastar Chiranjeevi. He received huge praise from critics and audiences alike for his first movie Uppena, which was helmed by Buchi Babu Sana and in this film he shared the screen space with Krithi Shetty. With his second film with Krish yet to release, he is already working on the third project helmed by Gireesaaya.