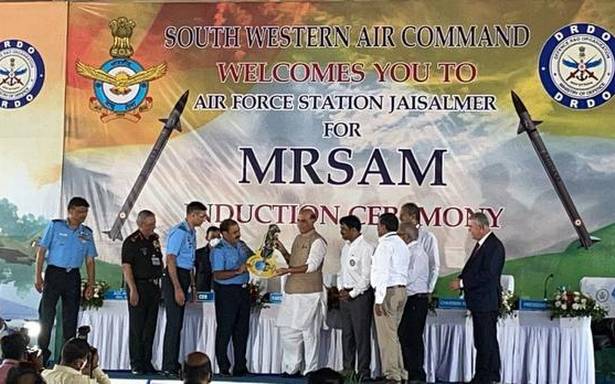 Scientists at the Kalam Complex, including those at Research Centre Imarat (RCI) housed inside, had played a key role in making this advanced missile in association with Israel Aerospace Industries (IAI). “It is the true success of a synergistic effort put in by defence public sector and private sector units, respective scientists and technologists over the last dozen years with RCI being the nodal lab,” informed senior defence officials, wishing to remain anonymous, on Saturday.

More than 100 medium, micro and small scale industries were involved in the project, most of them based in and around the capital here, but which cannot be named. This has also helped in scaling up technologies and skill to global standards, they claimed.

The lush green 4,000 acre missile complex conceived by former president Kalam also houses the Advanced Systems Laboratory (ASL) and the Defence Research & Development Lab (DRDL) and it has been in the forefront in the development of the strategic missile development projects including avionics over the years.

Incidentally, Indian Navy has already inducted its version of MRSAM and this latest version has been tweaked to meet IAF needs with a hat-trick of successful trials for “accuracy, reliability and efficacy” conducted five years ago at Balasore. “An Army version of the missile is in the advanced stage of development,” informed senior officials.

With BDL the lead production partner, IAF has contracted for 18 firing units with each consisting of 24 missiles each. MRSAM system provides point and area air defence for ground assets against threats from fighter aircraft, UAVs, helicopters, guided and unguided munitions, subsonic and supersonic cruise missiles. It is capable of engaging multiple targets at ranges up to 70 km and is powered by indigenously developed rocket motor and control system for achieving high manoeuvrability.

“This has been a transformative project with major production units as well as ancillary units augmenting their line systems and manpower. It has helped foster special skills, technologies; setting the right template for development of next generation tactical missiles,” asserted senior defence officials. Incidentally, new RCI director U. Raja Babu has been programme director for MRSAM and P. Srihari is project director, they added.