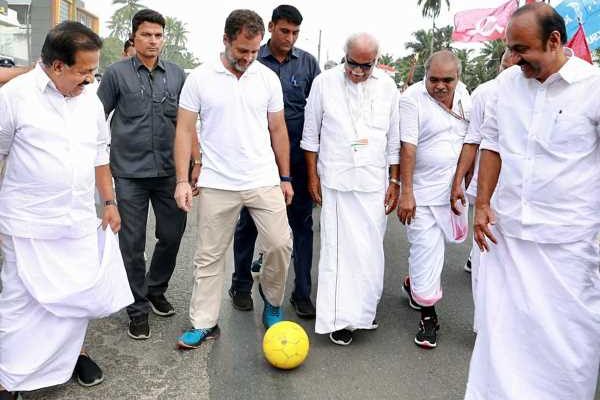 Even when the Congress is facing the toughest challenge in its long history, it shows no sign of turning a new leaf and injecting internal democracy to revive its fortunes, argues Virendra Kapoor.

How can anyone conceive of a free and fair election without a voters’ list? Well, if it is the Congress party you can.

The election of the president of the 136-year-old Indian National Congress is set to take place without the electoral rolls. So much then for transparency.

The official admission by the party leadership that no such list exists is in itself proof of the sham exercise being planned in the name of election for the top job in the party.

The party will duly go through the usual motions of inviting nominations, scrutiny, and finally the list of candidates, if any. In case of a contest, it will take place on October 17. But let us not delude ourselves. It is a fixed match. No genuine contest is on the cards. It was never intended.

The whole process is opaque from the word go.

If they were so keen, they could approach the respective Pradesh Congress Committees. 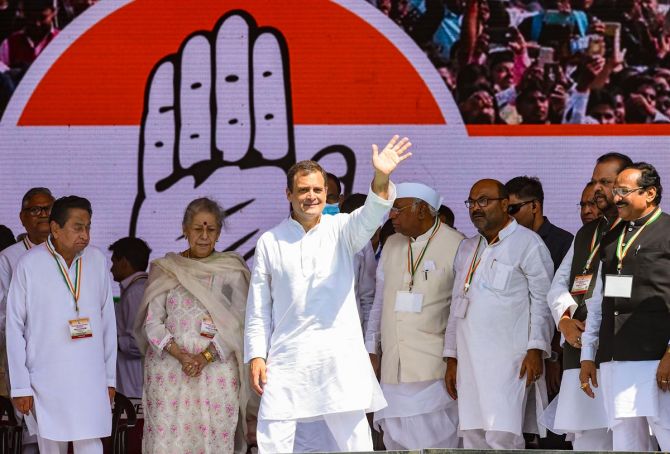 Now, there are 28 State Congress committees and eight territorial committees. It is a different matter that even they would not have a list of bonafide members.

Even in 2000, the last time there was an ‘election’ for the Congress president’s post, the late Jitendra Prasada, the lone challenger against Sonia Gandhi, had complained of the opaque poll process.

He too was denied a comprehensive list of voters in the electoral college.

That election too was a complete farce, with the outcome a foregone conclusion long before the first vote was cast.

Yet, in the earlier years before Indira Gandhi turned the party into a private fiefdom, there was a genuine contest at least at the level of the Pradesh Congress Committees.

Invariably, the top job of the national party president was decided by consensus among senior PCC leaders.

But once Indira Gandhi carved the party in her own authoritarian light, internal democracy was thrown out from the front door.

That stifling situation continues to this day. But now the trouble for the Congress is that unlike Indira Gandhi, neither Sonia Gandhi nor Rahul or Priyanka have a connect with the voters. Rahul, the chosen heir to succeed his mother as the Congress chief, lost his own election from the erstwhile family fiefdom of Amethi in UP and had to seek refuge in Wayanad, Kerala, for continuing as a member of the Lok Sabha.

It is a different matter that ostrich-like, even when the Congress party is facing the toughest existentialist challenge in its long history, it shows no sign of reform, of turning a new leaf and injecting a measure of internal democracy in order to revive its fortunes.

Freeing the party from the stranglehold of the family and its handpicked courtiers is an absolutely necessary first step only to broad-base its appeal.

Unfortunately, the party is determined to go through the farce of an election. Whereas a genuine contest based on transparent electoral rolls would have energised the dormant and demoralised cadres, a sham contest the outcome of which is already a foregone conclusion can only attract further opprobrium for its leadership and will nothing for its revival. 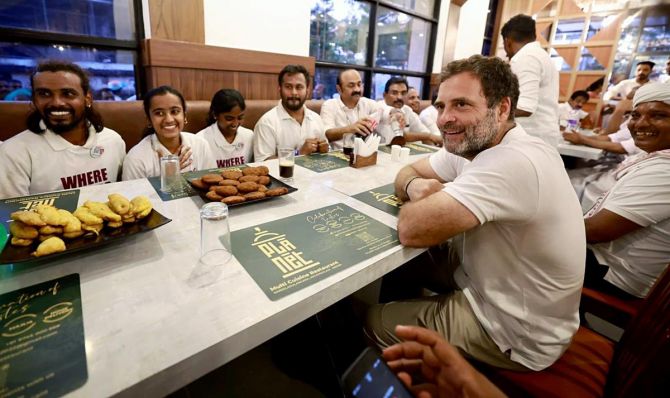 Meanwhile, the Bharat Jodo Yatra which Rahul Gandhi is said to be keen to join will find little or no traction in the absence of both a charismatic leader and a major theme which has a popular appeal.

If L K Advani’s Rath Yatra expanded the footprint of the Bharatiya Janata Party, paving the way for its eventual transition to power at the Centre, it was because it was planned around the emotive issue of the Ram temple.

On the other hand, Chandra Shekhar’s countrywide padyatra had failed to add luster to his image or helped him expand his nascent party’s influence among the voters.

The fear is that Rahul Gandhi’s yatra might end up as another media event without doing anything to alter his public profile as a non-serious politician out of touch with the Indian reality.

Columnist Virendra Kapoor — former editor of the Free Press Journal and Onlooker magazine was jailed for his views during the Emergency.
You can read his earlier columns here.