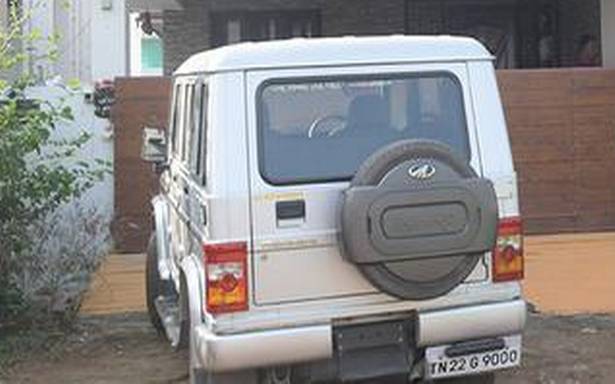 Officials from the Directorate of Vigilance and Anti-Corruption (DVAC) conducted searches at 16 places in Salem, Namakkal and Erode on Monday morning in connection with the corruption case registered against former Electricity Minister P. Thangamani, his son Dharanidharan, and wife Shanthi.

The searches, the second time in five days, began around 6.30 a.m. According to officials, the searches were conducted at 12 places in Namakkal, three in Erode, and one in Salem.

In Salem, searches were under way at the residence of a hotelier K. Manikandan, near Thiruvagoundanur Bypass, till late in the evening. According to official sources, searches were conducted at Namakkal, including the business premises of P.S.K. Periyasamy, a public works contractor.

In Erode, searches were conducted at the residence of Mr. Dharinadharan’s friend.

According to official sources, DVAC sleuths also conducted searches at the residence of an auditor, at a poultry farm, and spinning mills in Namakkal. The searches lasted for over 11 hours in Salem and Erode.

According to a release, DVAC sleuths had seized documents in relation with the case, bank locker keys, laptops and computer hard disks on Monday.

On December 15, the sleuths conducted searches at 70 places linked to Mr. Thangamani in relation with a disproportionate assets case registered against him and his family. The former Minister and his family members were accused of accumulating assets to the tune of ₹4.85 crores, disproportionate to their known sources of income.

At the end of searches on December 15, the DVAC officials said in a release that ₹2.37 crores in cash, gold jewellery weighing about 1.13 kg and 40 kg of silver articles were found. Officials also seized mobile phones and documents related to the case, the release said.