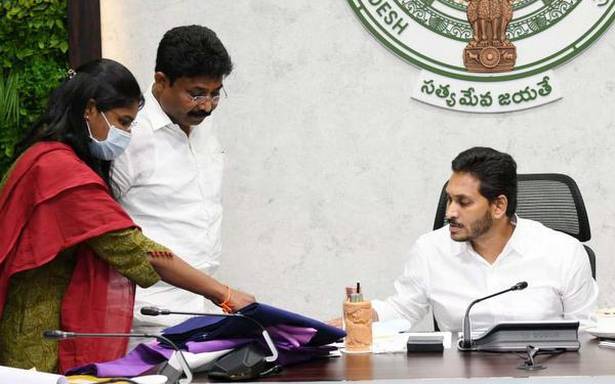 The government is making A.P. e-Gazette a single-point repository of information that will be regularly updated and can be accessed by the public

Three weeks after dispensing with the practice of uploading its orders (G.Os) on the website https://goir.ap.gov.in, the Andhra Pradesh government decided to replace that system with publication (of G.Os) on https://apegazette.cgg.gov.in.

However, it prohibited the uploading and publication of orders categorized as top secret, secret and confidential through the e-Gazette.

In G.O. Ms.No.100 issued to that effect by Chief Secretary Aditya Nath Das late Tuesday, it was mentioned that the government, upon substantive deliberations and research based on best practices followed by various States, found that the orders being uploaded on https://goir.ap.gov.in (GOIR system) were neither physically nor digitally signed.

The government has, therefore, resolved to publish the G.Os only through the e-Gazette website, the official gazette being a statutory document.

The G.O. said it is the government’s endeavour to proactively comply with the mandate of the Right to Information Act, 2005, as Section 4(2) of the Act states that every public authority should take steps to provide as much information as possible suo-motu to the public at regular intervals through various means of communications, including the internet.

Section 4(3) says that every information should be disseminated widely and in such a form and manner that is easily accessible to the public.

Accordingly, the government is making A.P. e-Gazette a single-point repository of information that will be regularly updated and can be accessed by the public.

However, the orders pertaining to personal information which do not concern the general public will not be published in the e-Gazette. They will be directly communicated to the concerned officials in conformity with the Supreme Court judgment in Justice K.S.Puttaswamy v. Union of India case.

Such orders will remain available for requisition through the standard process laid down under the RTI Act, 2005. Besides, orders such as minor expenditures and information that do not qualify as that of public interest will not be published in the e-Gazette.