On the invitation of Dharambir Singh, the agitator farm groups led by Gurnam Singh Chaduni had gone to his Delhi residence before moving to meet Tomar. 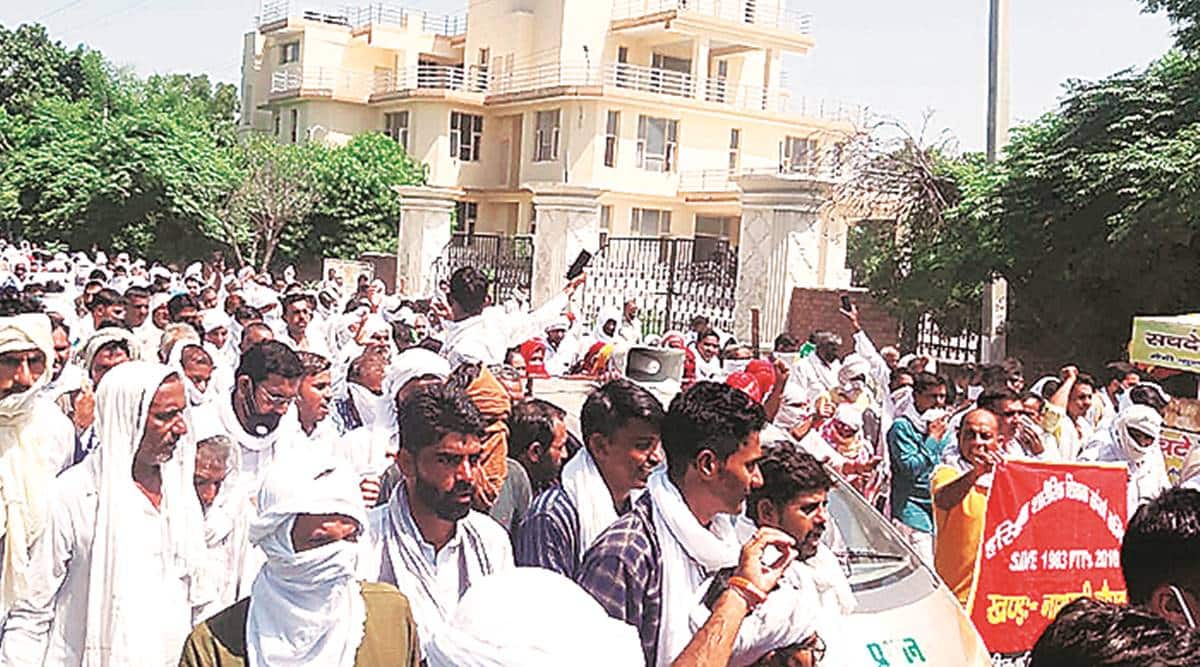 Haryana’s agitating farmer outfits on Tuesday decided to boycott talks with Union Agriculture and Farmers Welfare Minister Narendra Singh Tomar after BJP’s Bhiwani-Mahendragarh MP, Dharambir Singh, made it clear that there was no possibility of withdrawal of three contentious central ordinances on agriculture. Farm bodies, which had agreed to talks earlier, have now announced that they will continue their stir.

In these circumstances, Haryana is set to witness a new round of confrontation between farmers and the state’s BJP-JJP government. MP Dharambir Singh said the Bills related to these ordinances are likely to be passed in Parliament on September 16.

“This is a big country. The ordinances can’t be withdrawn just on the demand of a group from a state,” Dharambir Singh told The Indian Express.

On the invitation of Dharambir Singh, the agitator farm groups led by Gurnam Singh Chaduni had gone to his Delhi residence before moving to meet Tomar.

“In the beginning of our meeting with Dharambir Singh, he said the ordinances won’t be withdrawn and will be passed on Wednesday. He told us that if we wish for some improvements, then talks can be held. But we boycotted the talks because when the ordinances were not to be withdrawn, what was the point in talks,” said Chaduni.

The farmers are demanding that the three Bills on agriculture should not be tabled and passed in Parliament before final talks with them. The farmers are also demanding a law to ensure assured Minimum Support Price (MSP) for their crops. When asked about their next strategy, Chaduni said, “Now our strategy will be do or die. We will ask the government to accept our demands or kill us. Now, the opposition should speak in Parliament. Our dharnas at district headquarters, which started today will continue till September 20, the day when the roads will be blocked for three hours in Haryana.”

After the meeting, Dalal told The Indian Express that Tomar has made it clear that the system of MSP of crops will continue even after introduction of the new laws. “There is no single point in the proposed laws against the farmers,” claimed Dalal. Blaming the agitating farmer leaders of having a “political agenda”, Dalal termed their agitation as “sponsored by Congress.”

“The current mandi system will continue but new provisions have been made in the proposed laws to ensure protection for those farmers who wish to sell their produce outside the mandis. If farmers get higher prices of their crops outside the mandis, they would be free for the same and the new provisions would prevent them being cheated,” said Dalal. The minister further said a committee headed by sub divisional magistrate (SDM), which will have farmers as members, would be formed to resolve the issues faced by the farmers after introduction of new system.

Meanwhile, the BJP leaders as well agitators have levelled allegations against each other. Dalal termed Chaduni as an arhtiya (a commission agent at mandi), while Chaduni said some organisations were called in Delhi for talks with Tomar on Tuesday which are “favourite to the government”. Meanwhile, a video clipping has emerged which shows heated arguments between farm leaders at Haryana Niwas, New Delhi. In the video, a person appears threatening Chaduni while levelling allegations against him.