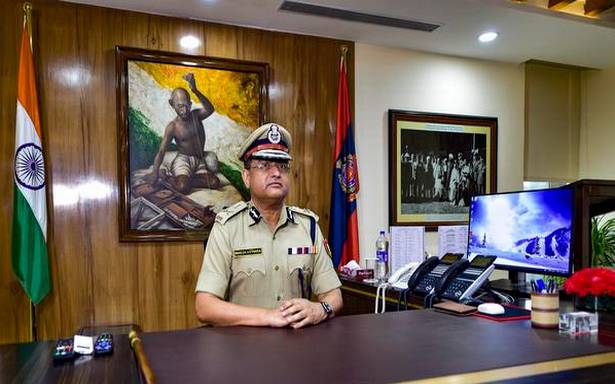 His posting has been contested on the ground that the decision of the Ministry of Home Affairs and the Appointments Committee of Cabinet in appointing him was ‘completely illegal on multiple grounds’.

A Bench of Chief Justice D.N. Patel and Justice Jyoti Singh dismissed a petition filed by one Sadre Alam and another by the Centre for Public Interest Litigation (CPIL), an NGO,

Mr. Asthana took charge as the Commissioner of Delhi Police on July 28. His appointment came just days before his superannuation on July 31. He will have a tenure of one year.

His appointment has been contested on the ground that the decision of the Ministry of Home Affairs and the Appointments Committee of Cabinet (ACC) in appointing him was “completely illegal on multiple grounds”.

Mr. Alam said the appointment was “in clear and blatant breach” of the directions of the Supreme Court of India as Mr. Asthana “did not have a minimum residual tenure of six months’’, and that no Union Public Service Commission panel was formed for the purpose.

Advocate Prashant Bhushan, representing the CPIL, said that Centre’s stand that it found no eligible officers in the Union Territory cadre for the appointment was “astounding” and had a “demoralising effect”.

Earlier, the Centre had said that the appointment was done in “public interest” taking into account the Capital’s policing issues which not only had national security but also cross-border implications.

The Centre, in an affidavit, had said best attempts were made to find a suitable Indian Police Service officer having diverse experience of policing in a vast State or Central Investigating Agency or National Security or Para-military force from the options available in AGMUT (Arunachal Pradesh, Goa and Mizoram, Union Territories) cadre.

However, as AGMUT cadre comprised those from the Union Territories and small Northeastern States, it was felt that requisite experience of working and supervising the central investigating agency/para-military force and police force of a large State having diverse political and law and order problem was lacking in the present pool of available officers, the Centre said.

Mr. Asthana had stated that apart from the CPIL, another NGO named Common Cause had been selectively campaigning against him.

“These petitions are not bona fide public interest litigations but are a flagrant abuse of august forum of this Court for some hidden personal vendetta of either of them or of someone on whose behest several attempts are being made against me to derail my career,” the 60-year-old former Director General of Border Security Force said in an affidavit before the High Court.

Mr. Asthana said the individuals running the NGO had in the recent past for “some oblique and ostensible undisclosed reason” started a barrage of selective actions against him either “out of some vendetta about which I am not aware or at the behest of some individual/ interest”.