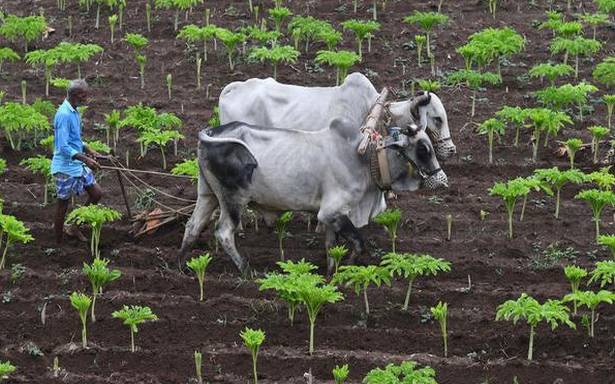 District receives an average of 29.5 mm of rain; power supply disrupted at many places

Heavy downpour lashed several parts of the Krishna district during the intervening night of Wednesday and Thursday.

The district received an average rainfall of 29.5 mm in the past 24 hours as of 8.30 a.m. on Thursday, according to the rainfall bulletin issued by the district administration.

Meanwhile, according to India Meteorological Department’s Vijayawada-Gannavaram station reported 99 mm rainfall in the past 24 hours.

Following the downpour and lightning around midnight, power supply in several areas in and around the city was interrupted. Light to moderate rainfall occurred at isolated places on Thursday too.

As per IMD forecast, the next 48 hours will also witness similar weather conditions with cloudy skies and a few spells of rain or thundershowers.