In line with the theme of the conference, Dattatreya highlighted how well the pharmaceutical industry is performing in India, proving to be a lucrative field for young researchers and academicians to work in. 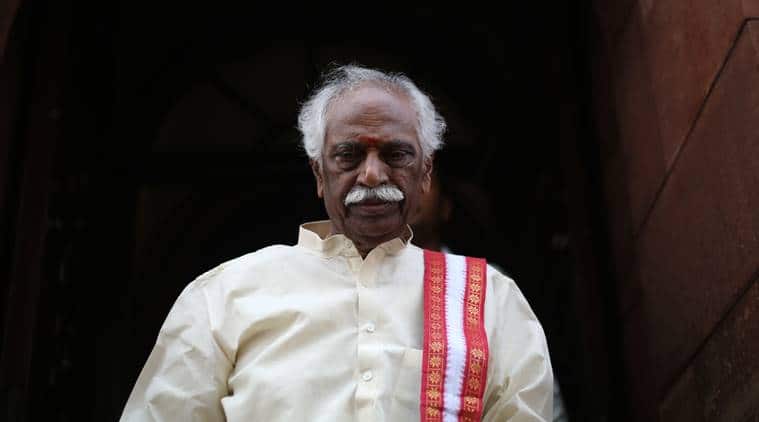 “WE KEEP talking about the unemployment crisis in the country, but if more of our youngsters venture into an entrepreneurial journey, not only will they get employed, they can create jobs for ten more people,” said Bandaru Dattatreya, Governor of Himachal Pradesh, who was present as Chief guest at the inauguration ceremony of the ICONICA conference- ‘A Global Summit on Next Gen Paradigms’- held at Panjab University on Thursday.

In line with the theme of the conference, Dattatreya highlighted how well the pharmaceutical industry is performing in India, proving to be a lucrative field for young researchers and academicians to work in. “Young researchers should strive to take research from the laboratories to the poor people of the society,” claimed Dattatreya, adding, “I am ready to give youth crores of money to fund their research and innovative entrepreneurial ideas, so my appeal to the youth is to apply themselves in this manner and bring progress to the country.”

The conference, which boasts of more than 900 delegates from states across the country as well as international speakers and panelists, was also inaugurated in the presence of Dr Dinesh Dua, Chairman of Pharmexcil, the guest of honour at the event. In his address to the audience, Dr Dua provided a detailed analysis of the ways in which the Indian pharmaceutical company is growing and prospering, making its mark across the world.

Dua also stated that the conference could have not occurred at a better time. “Considering the fact that the world is in the grip of ncoronavirus now, there is no better time to discuss next generation paradigms in healthcare. By today, at least 60,000 people have been infected and more than a thousand have died,” said Dua, at the beginning of his address.

Going back to developments in the healthcare industry in India, Dua stated that 40 per cent of the world’s generic medicine is produced in India. “We also control 30 per cent of the generic molecules globally. Furthermore, every third medicine taken by someone in the United States of America is produced in India, that is how viable we are in the pharmaceutical market,” added Dua.

Projecting economic growth in the healthcare sector, Dua claimed that Indian healthcare is set to grow to a worth of Rs 20 lakh crore by the end of the year 2020. “The sector is also expected to create 40 million jobs for Indians by the year 2030,” said Dua. Further, talking about the governments flagship healthcare scheme “Ayushman Bharat”, Dua claimed that the national health protection scheme added one lakh jobs to the Indian market according to data collected by June 12, 2019.

“Still, there are many more challenges to be overcome by the Indian healthcare system. For one, though the private sector is booming, public health care in India is still lagging behind in terms of significant economic progress and not everyone has equal access to quality healthcare in India,” said Dua. “However, if academia and industry are strongly tied together, as is the goal of the ICONICA conference, then we will progress at accelerated levels,” concluded Dua.