Wednesday was the sixth consecutive day when the number of people recovering from the disease, as reported in government data, exceeded the detection of new infections. 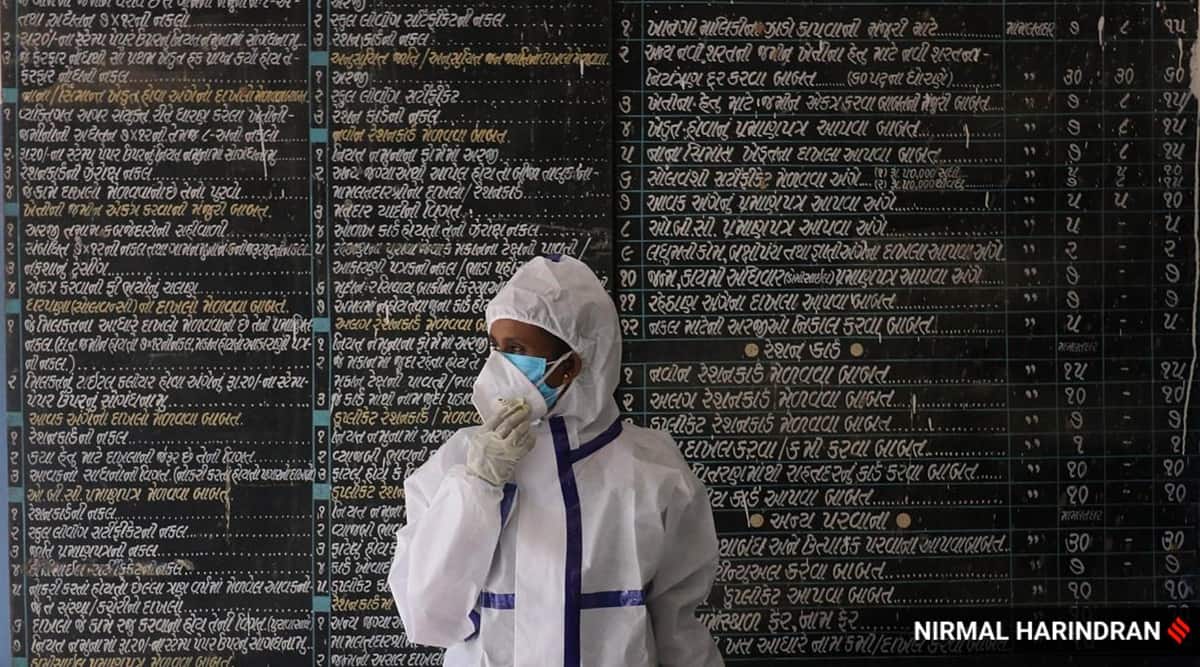 As India’s coronavirus numbers continue to grow, some promising signals over the last few days offer a glimmer of hope, even if temporarily.

Wednesday was the sixth consecutive day when the number of people recovering from the disease, as reported in government data, exceeded the detection of new infections. Never before has this happened for more than a day — and those occasions were more in the nature of anomalies in the reporting of data, rather than the representation of a trend.

The result has been that the number of active cases has started to show a declining trend for the first time. Active cases have come down from a high of 10.17 lakh on September 17, to 9.66 lakh now. For the spread of an epidemic, only the active cases matter, because they are the ones who transmit the disease to others. Also, only active cases require medical attention, so a reduction in active cases reduces the burden on the health apparatus.

In an epidemic such as this, a clear trend of recoveries exceeding new infections is keenly awaited, because it can be read as signalling a slowing spread. These are still very early days — the trend has to hold for several weeks to convey something more meaningful — but the fact that it has begun brings hope.

What’s more, the reproduction number, or R, a key epidemiological metric that indicates how fast the disease is spreading in a population, has fallen below 1 for the first time since the pandemic began in India in the first week of March. R-value is a measure of the number of people who are being infected on average by an already infected person. A value less than 1 means fewer people are getting the infection than those who are carrying the disease right now.

Explained: How CSIR will try to find out if coronavirus can spread while airborne

The current R-value in India as a whole, as calculated by a team of researchers led by Sitabhra Sinha at the Institute of Mathematical Sciences (IMSc) in Chennai, is 0.93. This means that on average, 100 infected people are passing on the disease to only 93 others.

R-value falling below 1 is another keenly awaited indicator, because that too, can signal the beginning of the end of the epidemic.

However, there are important caveats.

The R-value is not an absolute metric. Different researchers can come up with different R-values, depending on the computer models they use, and the assumptions they make in their calculations. But the broad increasing or declining trends are generally captured uniformly in all models. The Indian Express has been reporting the R-values being calculated by Dr Sinha’s team since the beginning of the pandemic and, in their calculation, this value has fallen below 1 for the first time.

Also, there are inherent uncertainties in estimating R-values while the epidemic is still playing out.

The national trend of declining R-value is reflected in the worst affected states as well. Thus, in the five states with the most coronavirus cases, R-values are less than 1 right now (see box) — and this has happened for the first time in all these states. 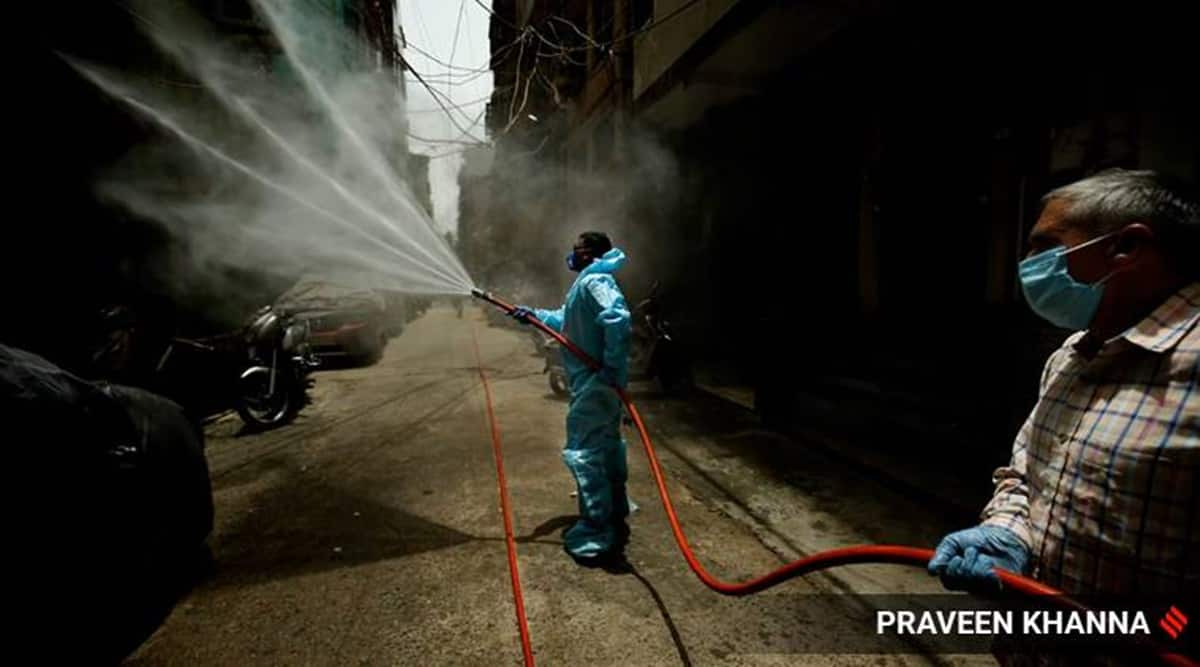 What this means is that trends at the national level are closely related to the ground situation, and are not getting skewed by the disproportionate influence of any one or a few states, as had been happening until a few months ago, when Maharashtra accounted for close to 40 per cent of the national caseload. The trends seem to be more evenly spread out across several states now, including outside the big five.

However, it is not clear what is powering these trends.

The most optimistic surmise would be that the virus has already infected more than half the population. But we know from serological surveys in several cities that this has not happened yet — only some areas in Pune have shown a disease prevalence of more than 50 per cent; in most other cities, the infection rate is far less.

These trends can also be the result of policy interventions such as lockdowns and restrictions on movement. A reduction in people-to-people interactions can lead to a fall in R-value. But since the lifting of the hard lockdown of March-April, the government has not intervened in ways that can be expected to produce such an outcome. 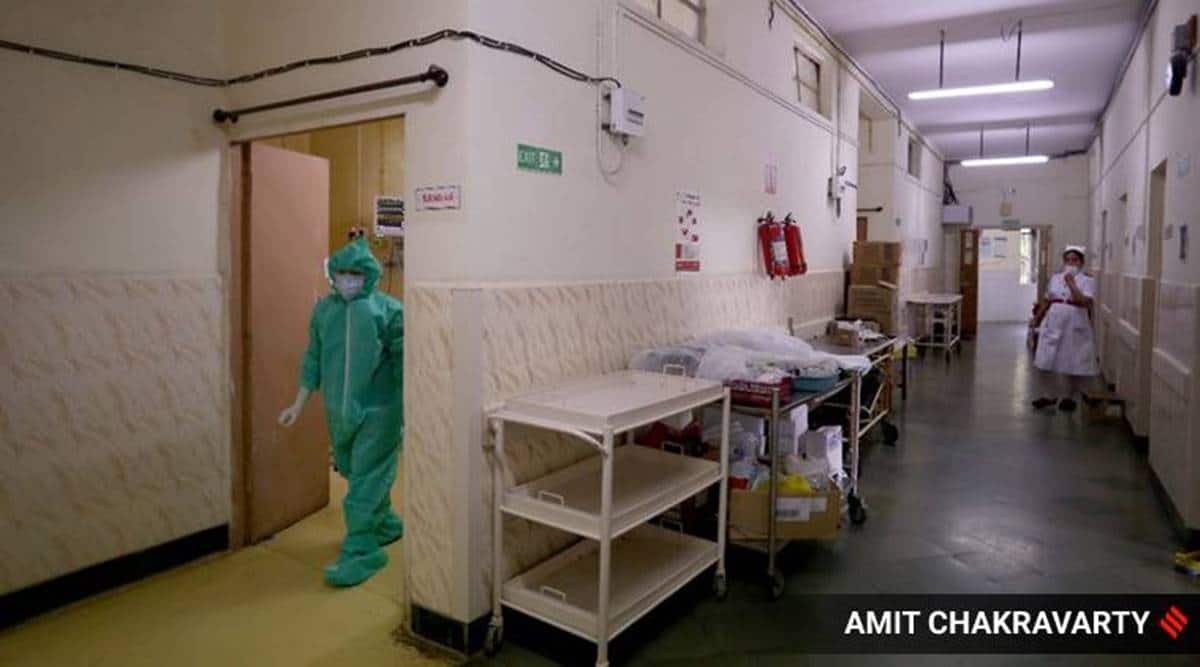 That leaves us with one probable reason, which is backed by some evidence. Case detections depend on testing — and higher testing numbers will likely produce more positive results, because many more people are carrying the disease than are being detected through testing.

Over the past week, testing numbers have fallen slightly. The seven-day moving average of the number of daily tests fell to 9.81 lakh on Wednesday, the lowest this month. This average was the highest this month on September 13, at 10.98 lakh tests.

“In the absence of any other evidence, it could be that the slightly lower number of tests this past week has contributed to the fall in R-value. We cannot be fully sure. It is important to remember that these trends are not irreversible, and can change any time. So, we must take care that no one, neither the government nor the people, lowers the guard,” Dr Sinha of IMSc said.

Something like that has in fact, already happened in Delhi. In August, Delhi’s R-value had fallen below 1, and it had been reporting more recoveries than new infections every day for over a month. Daily detections had fallen below 1,000, and the number of active cases was at one stage down to almost 10,000. Over the past few weeks, however, a new surge has hit the city, and case numbers have spiked sharply.