As soon as a spike in cases showed up in the second week of July, the Centre dispatched teams to Arunachal Pradesh, Manipur and Tripura 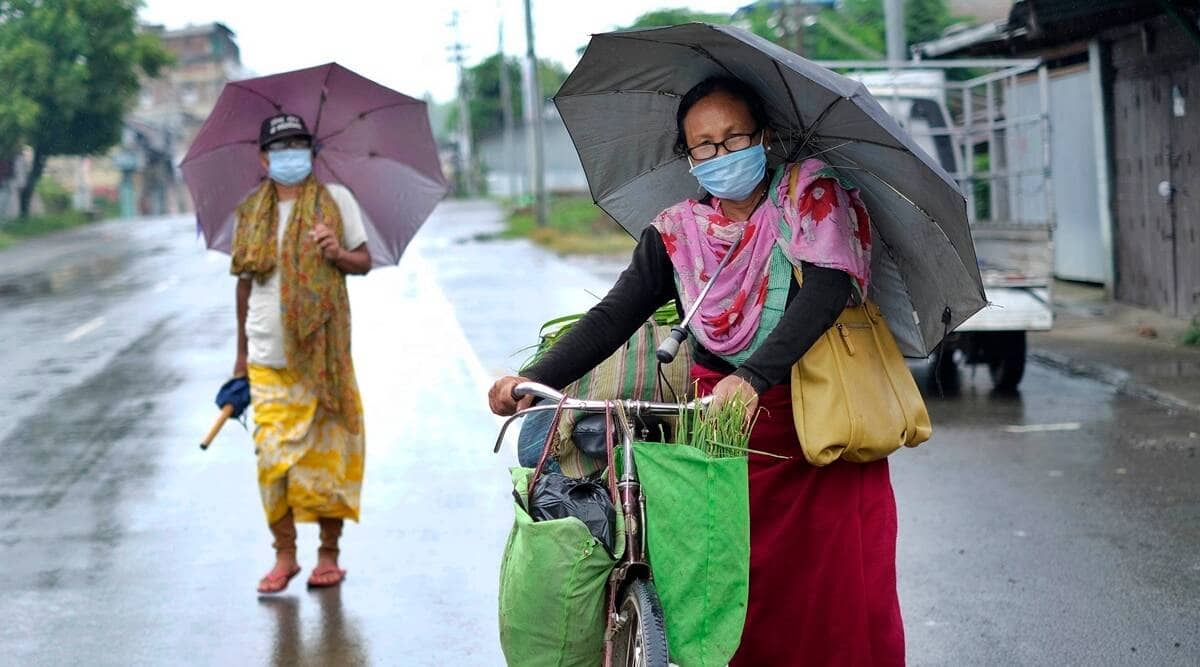 The second wave has been brutal in many states and while there are few exceptions in the country, it was largely arrested in the Northeast. Researchers and scientists will work out if the current spike of cases in the Northeast is, perhaps, a straggler of the second wave but with mutations of the novel coronavirus into multiple variants, there is no conclusion on it yet. In the meantime, the pandemic has thrown challenges for the local economy in the Northeast as it has in the rest of the world. New strategies were developed as a result by the various northeastern states while trying to contain the spread and continue economic activity at the same time.

As soon as a spike in cases showed up in the second week of July, the Centre dispatched teams to Arunachal Pradesh, Manipur and Tripura. The teams made key recommendations for sharing testing data, providing support for home isolation, contact tracing, provision of ambulances for transporting patients and awareness of Covid-appropriate behavior. This is thanks to the regular consultation between the Centre and the states, monitoring by both, and key supportive measures from the PMO to aid the Northeastern states, and the PM’s hands-on approach.

At present, the positivity rate in India is 1.4 per cent. In the Northeast, Assam has a daily positivity rate at 1.74 per cent (just below the national average of 1.77 per cent) and Sikkim has the highest at 28 per cent. The mortality rate varies from 0.49 per cent in Arunachal Pradesh (the lowest amongst Northeastern states) to 1.96 per cent in Nagaland, the highest (the national average is 1.33 percent). On July13, during his video conference with the chief ministers of the state, the PM emphasised the need for Covid-appropriate behavior. He said that while tourism was an important part of the economy, people should not roam around in public without their masks. This was the 12th such video conference that he had with chief ministers of states since the second wave.

The PMO has reemphasised the need to follow the ICMR guidelines for testing assiduously. Some of the districts in NE states were relying mostly on the Rapid Antigen Tests instead of the RT-PCR tests. PM Modi has directed increasing the number of RT-PCR tests. For those who show symptoms despite testing negative through RAT tests are to be tested with RT-PCR as well.

The Centre is also ramping up infrastructure for rural areas and for pediatric care. The latter is particularly important with some speculating that new or future variants might target children.

A funds allocation from the Union health ministry was used to procure 4,179 oxygen concentrators for Northeastern states. To ensure that the concentrators are available across the board, PM Modi has allocated additional funds for another 7,701 oxygen concentrators and 150 oxygen plants from the PM CARES fund. The procurement record instils confidence and the states have immediately procured and installed the additional units so that patients do not have to endure the ignominy of not getting the required healthcare.

The Northeast has comparatively low population concentrations even in some of the urban areas and private investment in healthcare infrastructure has picked up in the last seven years. This will change with the recent cabinet approval of a Rs 23,000 crores to boost health infrastructure in the country. Secondly, the PM recently announced a Rs 50,000-crore Credit Guarantee Scheme under which the Centre will guarantee credit to private players in healthcare to ramp up their infrastructure. The boost to infrastructure will ensure that recovery rate improves in the Northeastern states. Both Nagaland (94 per cent) and Assam (95 per cent) are leading in recovery rates, close to the current national average of 97.2 per cent.

When the second wave was raging in India, and Maharashtra and Delhi were under lockdown, Assam did not impose a statewide lockdown but controlled the spread of Covid by enforcing micro-containment zones that had brought down the positivity rate to 2 per cent. In April, when Himanta Biswa Sarma was the health minister, Assam had added more ICU beds and oxygen facilities in hospitals and rejuvenated old oxygen-production units, ramping it up to three times the daily consumption in hospitals to ensure that there was never a scarcity.

After taking oath as CM, Sarma is running a strict ship when it comes to Covid. Following spot inspections of hospitals, the Assam government has planned uniform standard operating procedure (SOP) for Covid treatment. The new SOP is working and could be adopted elsewhere with due tweaks. The preliminary indications are that the SOP will eliminate any delays caused during admissions to hospitals, ensure monitoring of oxygen saturation for patients and administration of duty rosters to ensure that senior doctors are available to monitor patients during both night and day shifts.

Arunachal Pradesh has some of the most hard-to-reach areas, yet the local authorities have ensured that the vaccine drive penetrates deep into the remote areas. More than 68 per cent of its adult population has been administered the first dose. Officials offered bags of rice to those above 45 for taking the vaccine. In Tawang district, when officials, including the deputy commissioner, found that 16 grazers of the village had missed the drive because they were grazing their yaks at a higher altitude (15,000 feet above sea level), all six of them trekked nine hours each way to carry the vaccination to them.

Monitoring by the PM himself and his direct support is a great boost to healthcare management while the region is slowly recovering from the impact of the pandemic.

The writer is national Spokesperson, BJP, and advisor, government of Nagaland