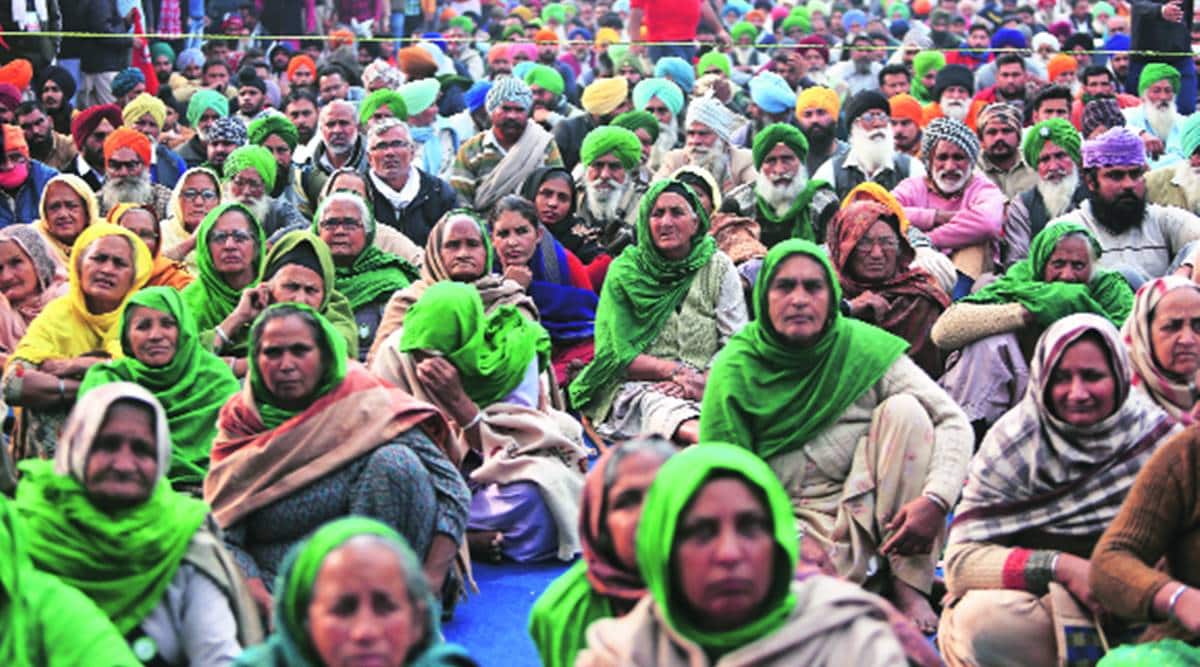 THE GOVERNMENT on Tuesday told the Supreme Court that there was a “Khalistani infiltration” into the ongoing farmers’ protests in Delhi, endorsing officially for the first time a narrative that was generated on social media and later repeated by some leaders of the ruling BJP.

During the hearing on the farmers’ protests, senior advocate P S Narasimha, appearing for one of the intervenors, said its application said that groups such as the proscribed Sikhs for Justice were collecting money to fund the protests. Chief Justice of India S A Bobde referred this to Attorney General K K Venugopal and asked whether he can confirm or deny the charge.

“We have been informed there is a Khalistani infiltration in the process,” said AG Venugopal. The court then asked him to file an affidavit on Wednesday to confirm what he submitted, to which he agreed.

Before this admission in court, several BJP politicians over the past two months have alleged involvement of Khalistani elements in the protests. Cabinet Ministers Ravishankar Prasad, Piyush Goyal and Narendra Tomar have also used terms such as “Maoists” and “Tukde Tukde Gang”.

Allegations of Khalistani infiltration into the farmers protests began in November, first appearing on social media.

On November 30, Dushyant Kumar Gautam, BJP national general secretary and the party’s in-charge for Punjab and Uttarakhand, said pro-Khalistan and pro-Pakistan slogans were being raised during the agitation and such elements would be arrested.

On the same day, after Delhi Chief Minister Arvind Kejriwal took a stand against the new farm laws, BJP IT Cell chief Amit Malviya tweeted: “Arvind Kejriwal government has already notified the farm laws on 23 Nov20 and started implementing them. But now that the Khalistanis and the Maoists have stepped in to oppose, he sees an opportunity to burn down Delhi. It was never about farmers. Just politics….”

These comments were made despite Home Minister Shah stating in Hyderabad the previous day that he did not subscribe to the idea that the farmers’ protests were political. “Everyone has that right (to protest) in a democracy. But I want to say that all the three farm bills are for the benefit of the farmers… I have never called the protest by farmers as political. I am not saying that now either,” Shah said at a press conference.

On December 12, however, in a virtual address at the 93rd annual convention of FICCI, Railway and Commerce Minister Piyush Goyal, who is negotiating with the protesting farmers along with Agriculture Minister Narendra Singh Tomar, alleged the involvement of Maoists. “…we now realise that the so-called farmer agitation hardly remains a farmer agitation. It is almost infiltrated by Leftists and Maoist elements, a flavour of which we saw over the last two days, when there were extraneous demands to release people who have been put behind bars for anti-national activities.”

A day later, in an address to farmers in Bihar, Law Minister Ravi Shankar Prasad invoked the “tukde tukde gang”. “…But if in the guise of the farmers’ protest, those breaking up the country, the tukde-tukde people fire from the shoulders of the movement, we will take strict action against them,” he said.

On the same day, Tomar said: “There are some forces in the country, which oppose the good work… You remember, when the Bill to repeal Article 370 from Kashmir was brought, there were such Leftist elements who were opposing the removal of Section 370. When the Citizenship Amendment Bill came… they opposed this also. When the agrarian reform Bill came, it was also opposed. When the issue of Ram temple came up, it was also opposed. There are some people who just have to oppose and it has become their intention to weaken the country.”

The allegations petered down a bit after Defence Minister Rajnath Singh on December 30 said words such as “Naxals” and “Khalistanis” should not be used against the farmers. In an interview with news agency ANI, when he was asked about some from his own party using such words, Singh said: “I think that such allegations against farmers… I don’t know who has said what… should not be made by anyone. Kisan kisan hai (a farmer is a farmer). From the bottom of our hearts, we express our deepest respect for farmers… They are our annadata.”

Notably, in the middle of the ongoing protests, the Income-Tax department launched raids on several arhtiyas in Punjab. The Enforcement Directorate too launched a parallel investigation where it is probing “foreign funding” of the protests.

Farmers’ unions have, however, repeatedly denied any connection of the protests with Khalistani elements and dubbed it as a vilification campaign.