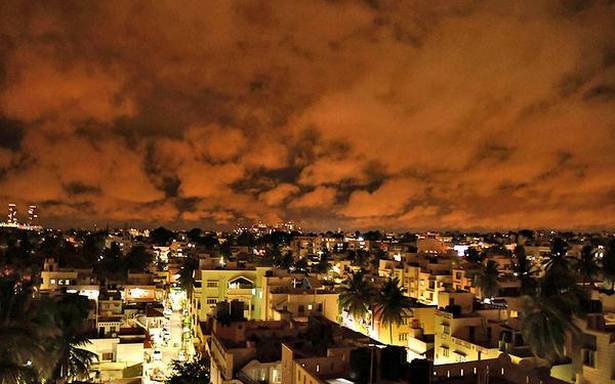 There is hope of rain picking up in Malnad, coastal regions

The Tourism Department opened the gates of the waterfalls at Jog near Sagar for tourists on June 28 to enthusiastic response in the first few days. However, as the rains receded in Malnad area, the waterbody lost its vigour.

H.S. Ramakrishna, Assistant Director of Tourism Department, said the quantity of water had come down as there had been deficient rainfall in the area. “Now rains have started again since Friday in the area. Hope the waterfalls return to its glory soon,” he said.

The Malnad region has received deficient rainfall after the onset of the southwest monsoon. This has left the farming community worried. Farmers who have already begun cultivation, hoping for good rains, are worried about the crop, while those yet to sow seeds are still waiting for the right time. Against a normal of 539 mm of rainfall, the region, consisting of four districts, received only 327 mm between June 1 and July 9, registering a deficit of 39%. After the first two weeks in June, many places in this region did not receive heavy rains at all.

The coastal region too is expected to receive very heavy rainfall, beyond 204.4 mm, on Monday and Tuesday. IMD issued a red alert for these two days and an orange alert for Wednesday.