Balachandran said he and the rest of Harris’s family in India would be flying to the US to attend the swearing-in ceremony in January next year. 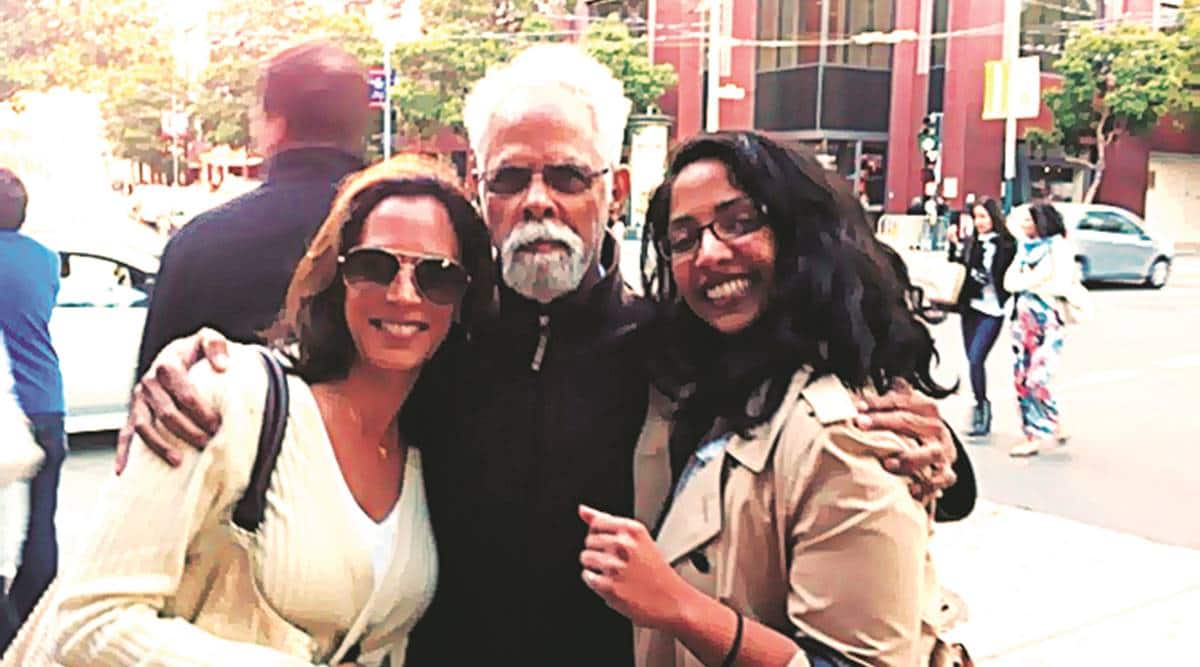 “I am very proud of Kamala, I will call and congratulate her soon… My phone hasn’t stopped ringing since the news came out,” said 80-year-old Gopalan Balachandran, the maternal uncle of Kamala Harris, who was announced as the Vice-President elect of the United States on Saturday.

Balachandran said he and the rest of Harris’s family in India would be flying to the US to attend the swearing-in ceremony in January next year.

“My daughter is already there, helping Kamala with her campaign. All of us will fly down… I wouldn’t miss it for anything,” he told The Indian Express.

Balachandran, who was previously with the Institute for Defence Studies and Analyses, is a resident of Delhi’s Malviya Nagar, and is the brother of Harris’s mother Shyamala Gopalan. Around 10 pm, Harris’s sister tweeted, “OMG it’s happening… our next Vice President of the United States…our first-ever MADAM Vice President…my sister @KamalaHarris!”

For the last four days, Balachandran has been glued to the TV screen at his house, doing his own calculations to determine who will win the US presidential elections. On Friday, he said, “I prefer to do my own research over belief projections shown on television… I don’t just hope that they will come to power, I have been studying the elections for some time, and I know that they will win.”

On Friday, as he took a break from TV news, he met The Indian Express outside his home. “Kamala’s mother would have been very proud too if she were here today…” Gopalan, who moved to the US for her education at the age of 19, died of cancer in 2009.

Recalling Kamala’s younger days, Balachandran said, “She was very inspired by Shyamala, her mother, who would attend civil rights protests back then. She (Kamala) grew up being a firm believer in equal rights for all, so in the long run I know that she will take steps to guarantee these rights in her country.”

Balachandran, who last met his niece in Washington in 2019, said that his daughter Sharada and Kamala are very close and he keeps getting updates from her. He said, “Since I had studied politics, we would have on-and-off chats about it.”

Balachandran’s father, P V Gopalan, a civil servant, features predominantly in his memories of Kamala’s childhood. He said, “Kamala used to be very curious and he used to answer all her ‘hows and whys’. The two of them often went out on long walks during her stay in India.” Harris has often spoken about her grandfather, referring to him as an inspiration.

In an eight-second video she posted on Twitter, Kamala Harris, on the phone with President-elect Joe Biden, tells him: “We did it. We did it, Joe. You are going to be the next President of the United States.”