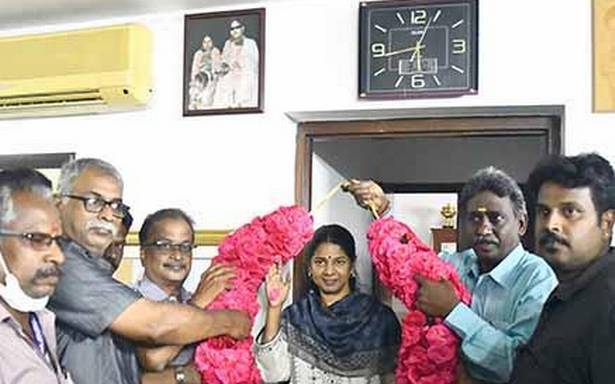 Kamalanathan gets fifth term as the general secretary

Six office-bearers have been elected to head The Hindu Office and National Press Employees’ Union.

Lok Sabha member Kanimozhi has been elected president of the union for the second time and M. Kamalanathan was re-elected general secretary for the fifth consecutive time in the election conducted on Tuesday.

R. Arun and T. Karthikeyan were elected vice-presidents; S. Martin Thomas was elected joint secretary and P. Jayarathinam as treasurer of the union.

Mr. Martin Thomas and Mr. Jayarathinam, too, won the elections for the fifth term. The union election was officiated by M. Muthukumar and K.R.T. Ramanujam.

The entire election process was overseen by Mohideen Pichai, retired district judge, following an order of the Madras High Court.