On Friday, the Delhi High Court issued a notice to the Centre after Rock's wife Manisha Malik filed a petition against cancellation of his visa 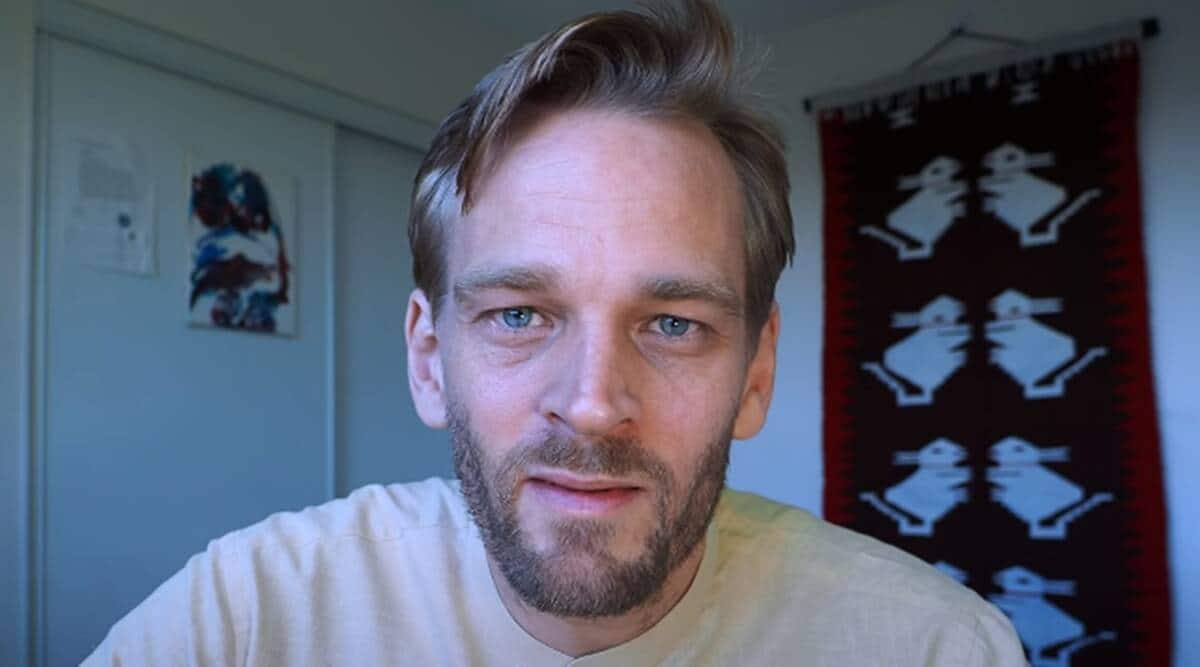 Karl Rock’s is a familiar story of a foreigner falling in love with India, until it isn’t. The first helping of butter chicken as an 18-year-old in Auckland, playing Bollywood films on repeat and Indian-origin friends from Maharashtra, Gujarat and Punjab… The eat, play, love emotion almost dissipated when he first touched ground in 2013.

The eight years since, have been a roller-coaster, during which he gained more than 17 lakh YouTube subscribers as a travel vlogger, found his soulmate in Delhi, and is currently stuck in New Zealand after being blacklisted by the Indian government. On Friday, the Delhi High Court issued a notice to the Centre after Rock’s wife Manisha Malik filed a petition against cancellation of his visa.

In a conversation with The Indian Express, Rock had recounted the initial shock and learning curve when he landed in India eight years ago.

“Oh man, I was getting scammed everywhere,” Rock, whose real name is Karl Edward Rice, says. “Trusting the wrong guy, giving incorrect change, overpaying at shops. The first time I arrived at the New Delhi airport, a taxi driver came up to me and told me that my hotel had burned down and I needed to go to another. Thankfully, I called the hotel to confirm but what these guys are doing is hijacking ‘Adithi Devo Bhava’. For a lot of foreigners, that first experience scares them away”.

However, as for Rock, it drew him further in. The blond-haired, blue-eyed 36-year-old — who has Haryanvi songs as caller tunes, begins conversations with “Ram Ramji” and peppers them with “haan”, “haina” and “nahi” — has become the modern-day Lonely Planet for India-bound tourists. He has long fulfilled his dream of visiting every state and union territory in India, and the travels and travails have been chronicled in a published handbook and a 17-lakh subscriber-strong YouTube channel. Rock — who has been living with his wife Manisha in the Rohini area of Delhi for the past few years — has encountered touts in Haridwar, piracy scams at the Nehru Place tech market, fake Pashmina shawls in Connaught Place and emerged with fluent Hindi and a stern catchphrase “Nahi chahiye ji!”

“I bumped into a foreigner at an airport, and he said those were the most useful three words in India,” Rock laughs. “Such feedback keeps me going. But the thought that all Indians are street-smart is also wrong. What I’m finding now is that my videos are also helping Indians to avoid such scams and inform others.”

Rock shares a story of his grandmother getting scammed in Katikati, a small town outside Tauranga in New Zealand, by callers posing as tech support.

“In the middle of nowhere, my grandma gets a call from India and gets scammed of Rs30,000,” he says. “Before that, my mum too had got a similar call and told me that she’d won all this money. I realised how big the menace was, and that apart from the tourist scams, I should branch into scam call centres as well.”

In early 2020, Rock teamed up with UK-based YouTuber Jim Browning and released videos exposing Gurgaon and Delhi-based scam call centres targeting foreigners. In one such instance, Rock was the man on the ground while Browning hacked into the CCTVs. BBC picked up the footage, promptly followed by raids from the Gurgaon police.

Rock is aided by his education as a graduate diploma in Computer Science and work history as a cybersecurity expert in the music industry. With his help, the New Zealand authorities had busted sales of pirated Michael Jackson CDs in the wake of the pop star’s death. He had also tracked down the person who leaked Lady Gaga’s ‘Born This Way‘ album in 2011. Rock is also the world’s first person to identify the leaked unfinished version of X Men Origins: Wolverine (2009), for which 20th Century Fox sent him a letter of appreciation. 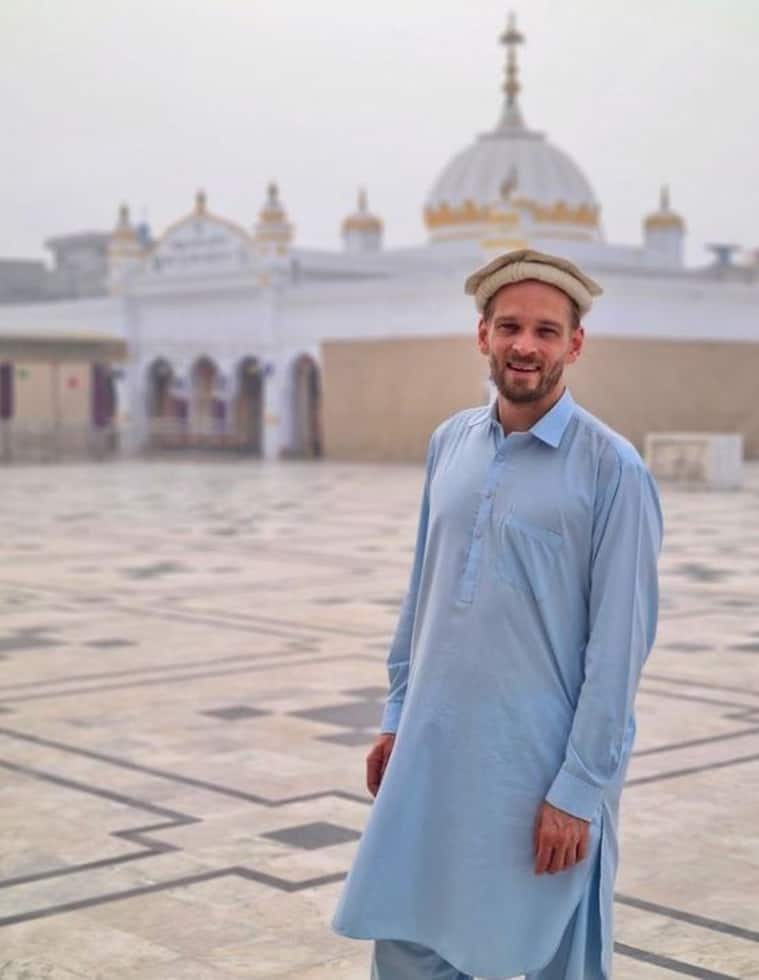 “That’s where my experience comes from,” says Rock. “I’m not trying to say scammers are Indians. And a lot of people misinterpret this and think that I’m just bashing on India. But when it comes to tourist scams, and these call centre scams, I’m trying to make those who come here avoid the bad side of India so they can really love their time here, just like I love India.”

During his recent trip to Pakistan, a shopkeeper tried to get Rock’s vote in the India-Pakistan chai-off. Rock promptly replied, “The tea in India is better, sorry bro. I’m not going to troll India” and signed off with ‘Jai Hind’.

“Why would I want to bash India? I make content about food, about my life and the culture here in India,” Rock says. “I support initiatives like Swachh Bharat Abhiyan. A lot of it is about trying to change foreigners’ perception… that India has toilets, for example. It’s not just scams but it is about my love for India as well.”

Entwined with India is his other love story. Rock recounted a fitting meet-cute with wife Manisha Malik at a friend’s birthday party.

“I remember opening the front door, seeing her for the first time and thinking, ‘Oh, there’s something special about her’. A week later, I invited her to Lodhi Garden for a walk and chatted. We dated for three or four years before we got married. We took it slow, you know? But I realised I would have to marry her if I wanted to keep the parents happy. And they allowed us to have a ‘zero-rupee wedding’. Her father donated half the money to charity and the other half went into Manisha’s name in the form of a property right. There’s no way we’re spending this much on a wedding for a party,” Rock pauses and then laughs, “It’s a little bad because I go to people’s weddings and they’re all great.” 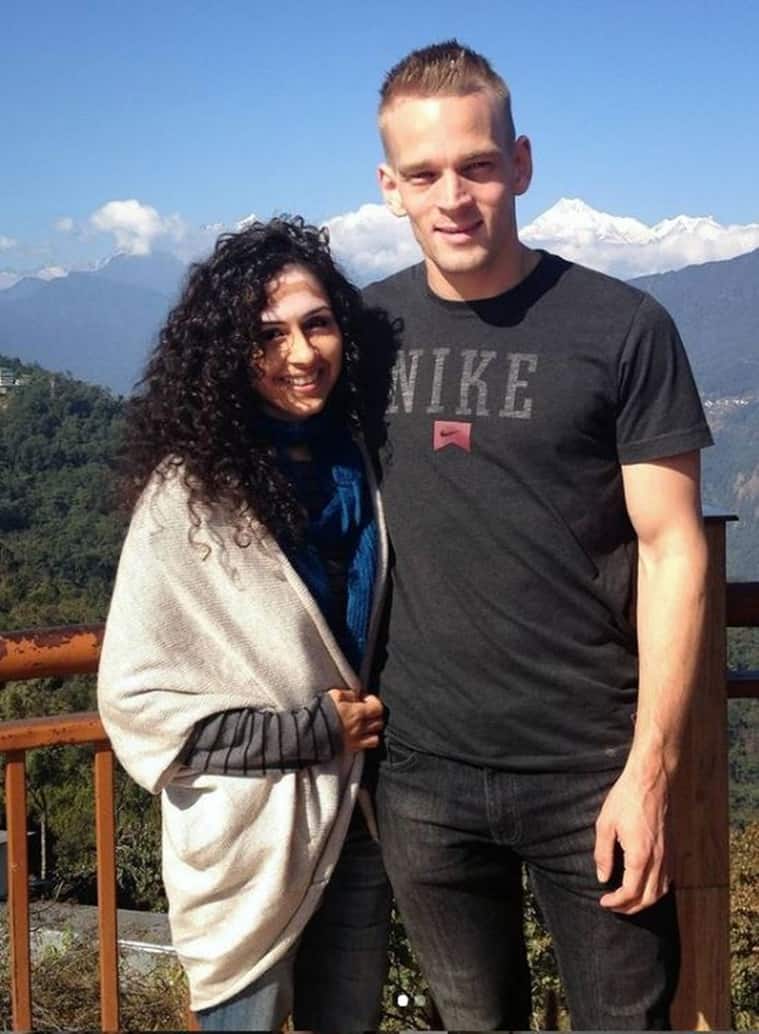 He says that the video, where Manisha opens about growing up with vitiligo, is his favourite.

“That’s the one video I re-watch and think, ‘yes, I did something good with this’. People would always ask me, ‘what’s wrong with your wife?’”, Rock said, referring to the medical condition in which the skin loses its pigmentation. “People think that it’s from bad deeds in past life or eating fish. I realised that she is the one who should tell her story. It has not been easy for her. She’s a very genuine person and through that, she wanted to encourage people with vitiligo to not worry.”

Being a scambuster comes at a price. Rock, who describes himself as a “paranoid type of guy anyway” and carries a spray in his pocket and worries about his safety.

“The scammers are not happy with me. One time, the call center people called my father-in-law to take down a video. “They couldn’t reach me, but it was easy to find his contact details because he has been in politics,” says Rock. “They forgot he is a jat from Haryana. I’m lucky he doesn’t take shit from anybody and has been very supportive.”

Most of the feedback, however, has been encouraging. The high point came last year, when Rock released a video of himself donating plasma after recovering from Covid-19. The video was tweeted by Delhi Chief Minister Arvind Kejriwal, who called Rock ‘a New Zealand-origin Delhiite’.

“It felt amazing to have a chief minister message you and say, you’re a Delhiite,” Rock says. “I’m a Dilliwala, totally. If you move to another country, you have to become like them. I have to become Indian and that is why I feel I should represent the country like an Indian,” he adds.