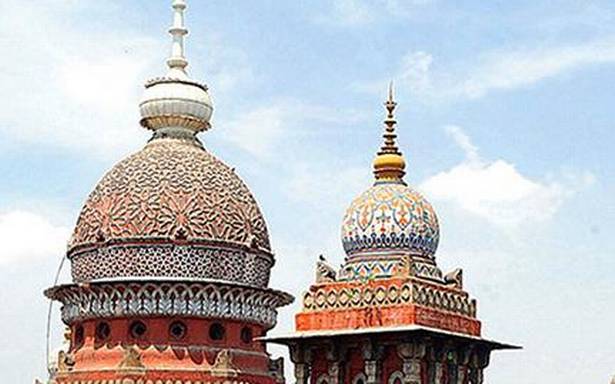 The Madras High Court on Monday directed the Puducherry government and the State Election Commission to keep in abeyance, all further proceedings related to the local body polls, proposed to be held in the Union Territory without reserving wards for Backward Classes and Scheduled Tribe candidates.

Justices R. Mahadevan and Abdul Quddhose passed the interim order following an urgent public interest litigation petition moved by R. Siva, Leader of the Opposition in the Puducherry Legislative Assembly. The judges held a special sitting, during the week-long Dussehra holidays, at the instance of senior counsel P. Wilson.

The petitioner, belonging to DMK, challenged a Government Order issued on October 6 rescinding the previous notifications which provided 33.5% reservation for BCs and 0.5% for STs in the local body polls. He contended that the withdrawal of reservation was unconstitutional, and in violation of statutes governing the conduct of local body elections in Puducherry. He said the Irular tribe, including Villi and Vettaikaran, in the Union Territory were recognised as a Scheduled Tribe and they were entitled to reservation of wards.

It was also brought to the notice of the judges that a couple of writ petitions were filed before the first Division Bench early this month challenging the previous election notification. Then, the court found certain anomalies in the reservation of wards and instructed the government and the SEC to correct those anomalies.

Thereafter, the government decided to conduct the polls after withdrawing the reservation for BCs and STs, though the first Division Bench had not issued any such direction. Since the denial of reservation goes against the Constitutional mandate, the petitioner urged the court to quash the October 6 G.O. and the consequent election notification.

The judges directed Government Pleader N. Mala and advocate V. Chandrasekhar representing the SEC to file their counter affidavits by October 21 and ordered that all further proceedings regarding the local body polls be kept in abeyance.