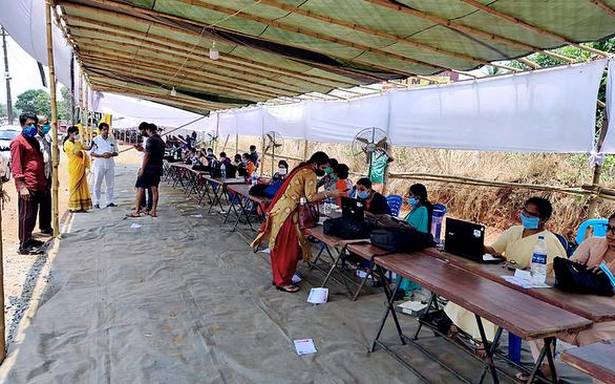 A Division Bench of the Kerala High Court on Tuesday dismissed a public interest writ petition seeking a directive to the Karnataka government to allow passengers from Kerala who have had COVID vaccination certificates for at least one dose to enter the State and remove the requirement to carry a negative RT-PCR certificate taken 72 hours before their travel.

The Bench comprising Chief Justice S. Manikumar and Justice Shaji P. Chali dismissed the plea by A.K.M. Ashraf, Manjeshwaram MLA, and another person, for want of territorial jurisdiction of the High Court.

Such a situation was not prevailing now. The restrictions were made within the State of Karnataka so as to manage the travelling public entering the State, which could only be viewed as a methodology adopted by the State to curb the spread of COVID-19 disease.