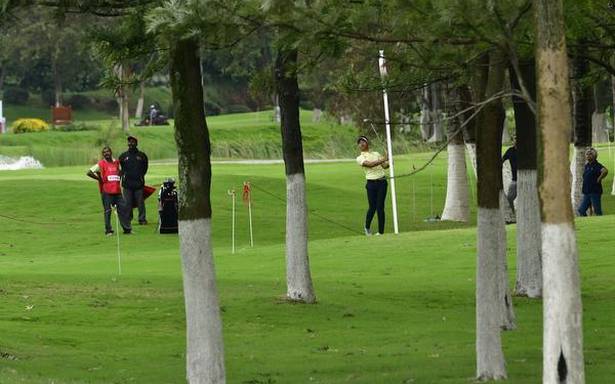 Association says it is an annual maintenance exercise

As threats to the Garden City’s green cover continue to rattle citizens, a move to prune over a 1,000 trees has invited the wrath of environmentalists.

On the one hand, the government’s plan to create a “tree park” within Bengaluru’s Turahalli forest has caused anger among local residents. In another part of the city, the Karnataka Golf Association’s (KGA) move to prune a large number of trees on its premises has not gone down well with environmentalists.

They alleged that the KGA has sought the Forest Department’s permission to prune/trim over 1,400 trees of the 3,000-odd trees on its courses in east Bengaluru for maintenance.

Though the Bengaluru DCF was unavailable for comment, KGA office-bearers confirmed the move, but termed it as a part of annual maintenance.

Environmentalists such as film-maker Suresh Heblikar questioned the move. “We have been seeing Bangaluru being deprived of its environmental assets such as lakes, forests, and patches of tree clusters at a fast pace. At least the private sector like clubs and other organisations where there are enlightened people should be able to promote the environment rather than destroy trees, lakes and grasslands which the city has,” he said.

Prithviraj Raj Urs, honorary secretary, KGA, told The Hindu that the exercise was a part of the golf course’s official annual maintenance.

“We’ve been doing this for the last four or five years. We have a large number of trees on the premises, many of which separate the different sides of the courses. They also add to the difficulty (of the game) as it is easy to hit from one side to the other if it is open,” he explained.

However, in some areas, tree shade affects the fairway, necessitating the need to prune trees, the office-bearers said.

While M.G. Bhat, captain, KGA, maintained that they had received the department’s nod to prune the trees, Mr. Urs said all trees for which permission was sought would not be pruned or trimmed.