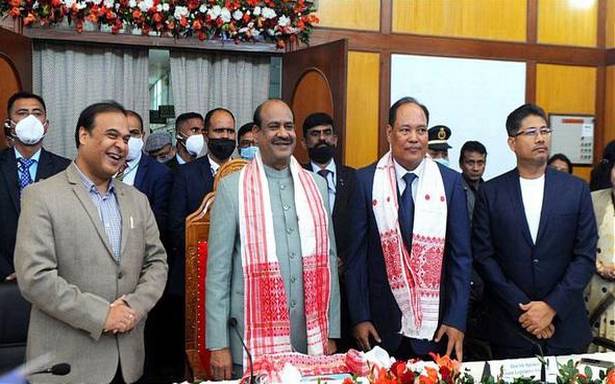 Addressing the 126-member Assam Assembly, he also rued the decline in debates by legislative bodies.

“It is a matter of grave concern that legislative bodies are witnessing a continual decline in debates and discussions. Laws are also being enacted without comprehensive discussion,” Mr. Birla said.

“Democracy is based on debates and dialogues. But the continuous disruption of debates in the House and lack of decorum is a matter of serious concern. This is hurting the dignity and prestige of our democratic institutions,” he noted.

The Speaker said it was essential in a democracy for the treasury and the Opposition benches to disagree or have a difference of opinion.

“But dissent should not lead to an impasse. To obstruct the proceedings of the House is not right, ethically or constitutionally. Many a time, the disruptions are not organic but pre-planned. Such conduct in our democratic institutions is even more disturbing,” he said.

Mr. Birla called for mutual discussions among political parties for enhancing the dignity and prestige of the House so that “we are able to fulfil the hopes and aspirations of the people who have elected us and reposed their faith in us.”

“If people lose faith and trust in these institutions, it puts a question mark on our democratic procedures,” he said, asserting that the Indian democracy had become increasingly strong and resilient in 75 years since Independence.