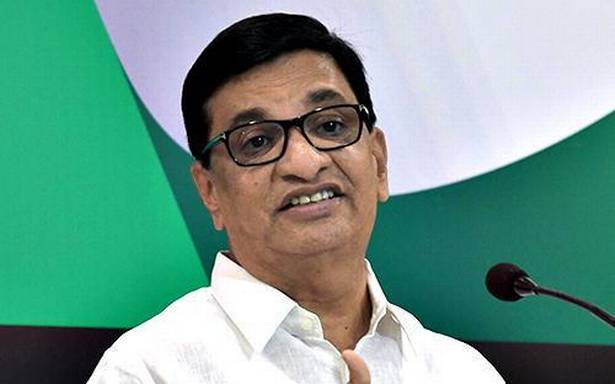 He said the draft law will be introduced in the monsoon session of the Maharashtra legislature beginning July 5.

The Maharashtra government will amend its agriculture law to protect farmers and Agriculture Produce Marketing Committees (APMCs) as the three Central farm laws are not in the interest of agriculturists, State Revenue Minister Balasaheb Thorat said on Wednesday.

He said the draft law will be introduced in the monsoon session of the Maharashtra legislature beginning July 5. “We want to amend the State agriculture law as we feel that the Union government’s agriculture laws are not in the interest of farmers. The proposed amendments will ensure the protection of APMCs, redressal of grievances of farmers and protection of the interests of agriculturists during the crop trade among others. We will also insert a provision mandating license for traders which was not there in the Central laws,” Mr. Thorat told reporters after meeting NCP chief Sharad Pawar at his residence in Mumbai.

“We also discussed the Centre’s new law on cooperative banking which we feel will hurt the cooperative sector,” Mr. Thorat added.

Thousands of farmers, mostly from Punjab, Haryana and western Uttar Pradesh, have been camping at the Delhi border points – Singhu, Tikri and Ghazipur – since November 2020, demanding the repeal of the three farm laws and a legal guarantee on the minimum support price (MSP) for their crops.

Multiple rounds of talks between the Centre and farmers’ bodies have failed to resolve the deadlock.

Union Agriculture Minister Narendra Singh Tomar had on Tuesday said the government was ready to talk with the agitating farmers on the “options other than the farm Bills”.