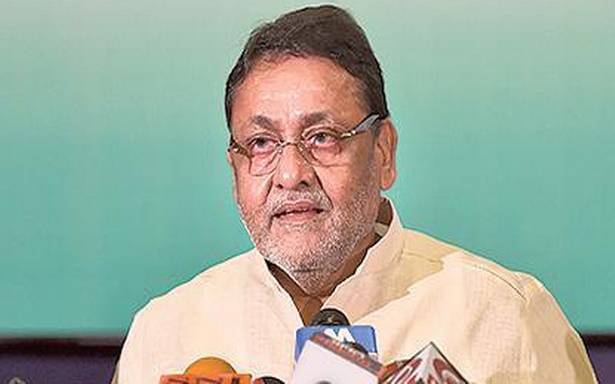 There is nothing new in the BJP leaders and workers going to the Raj Bhavan to meet him, NCP leader Nawab Malik said

Amid the ongoing tussle between Maharashtra Governor B. S. Koshyari and the Uddhav Thackeray-led State government over various issues, State Minister and NCP spokesperson Nawab Malik on Thursday claimed that the governor’s official residence Raj Bhavan has become a "venue for political activities".

Mr. Malik, whose party shares power with the Shiv Sena and Congress in Maharashtra, in a statement said Governor Koshyari was "acting like a BJP leader".

There is nothing new in the BJP leaders and workers going to the Raj Bhavan to meet him, the NCP leader said.

"It is now clear that his (governor’s) post is being used only for political reasons. The Raj Bhavan has now become a venue for political activities,” he said.

Mr. Koshyari recently wrote a letter to the State government for convening a special session of the Assembly against the backdrop of the rape and murder of a woman in Sakinaka area of Mumbai, following which CM Thackeray hit back, saying the governor should request the Centre to call a session of Parliament to discuss issues concerning the safety of women and growing attacks on them.

The State government has also targeted Mr. Koshyari over the delay in nomination of 12 members in the Legislative Council under the governor’s quota.