Praveen Prakash Chatur alias Masalawala has been identified by the SIT on the basis of statements by witnesses as the suspect who waited on a motorcycle outside the home of Kannada scholar Kalburgi. 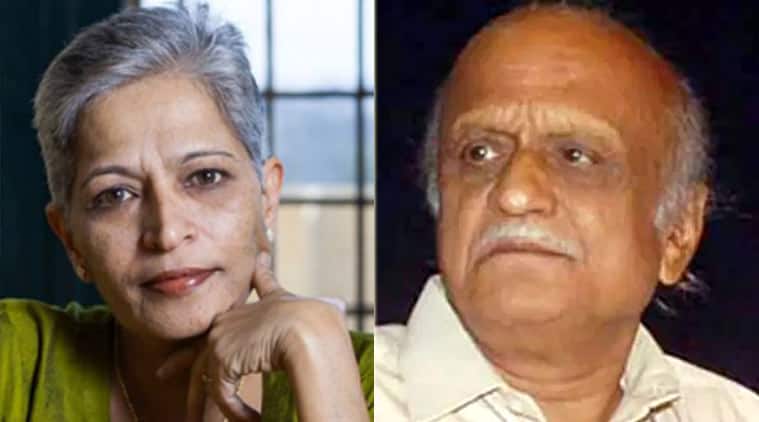 An entry, ‘Masalawala’, in a diary seized from a key accused in the killings of journalist Gauri Lankesh and Kannada scholar M M Kalburgi in 2017 and 2015 enabled a Special Investigation Team of Karnataka Police to identify and arrest a 27-year-old Belagavi man in the Kalburgi murder case on May 31.

The SIT, during the course of its investigation into the Lankesh murder case and the arrest of prime suspect Amol Kale in May 2018, found a notebook used as a diary by Kale. It contained references to persons recruited for subversive activities by a radical right wing outfit linked to the Sanatan Sanstha group. The diary entry ‘Builder’ had earlier helped the SIT identify a 26-year-old man from Bijapur in north Karnataka, Parashuram Waghmore, as the September 5, 2017 shooter of Lankesh.

Following the arrest of 38-year-old Kale, the SIT identified the person nicknamed ‘Masalawala’ and ‘Masala’ in Kale’s diary as Praveen Prakash Chatur, a 27-year-old from Belagavi who was arrested earlier this year by Belagavi police for a January 2018 petrol bomb attack on a theatre screening the film Padmaavat.

Praveen Prakash Chatur alias Masalawala has been identified by the SIT on the basis of statements by witnesses as the suspect who waited on a motorcycle outside the home of Kannada scholar Kalburgi on the morning of August 30, 2015 when his associate Ganesh Miskin, now 27, went up to the door, rang the bell, asked for Kalburgi and shot him down at close range.

“Praveen Prakash Chatur is identified as Masalawala in Kale’s diary. This was the code name given to him,’’ sources in the SIT said.

Pages from the diary which have been enclosed along with a chargesheet in the Lankesh case reveal the presence of the name ‘Masala’ among the trusted recruits listed by Kale.

Both Kale and Chatur alias Masalawala, who were in SIT custody over the last week, were remanded to judicial custody by a Dharwad court on June 6.

The SIT probes into the Lankesh and Kalburgi cases have shown that all persons actively involved with the activities of the extremist right wing group were provided operational names by Kale to prevent easy identification.

The youth now identified as the shooter of Kalburgi was given the name ‘Mithun’, the SIT probe found during the Lankesh investigation. ‘Mithun’ had earlier been identified by the SIT as the rider of the motorcycle that brought Waghmore alias Builder to Lankesh’s house in 2017.

An associate of Miskin from Hubli city, Amit Baddi, 26, who was responsible for retrieval of guns, clothes and other equipment used in the Lankesh murder, was named ‘Govinda’ by Kale while another accomplice Bharat Kurne, 37, was named ‘Uncle’.

Based on the diary entries — forensically proven to have been written by Kale and a key recruiter of the group Sujeet Kumar alias Praveen, 38 — the SIT has found such references to over 24 persons recruited by the group in Karnataka for subversive activities apart from dozens in Maharashtra.

Kale’s diary also reveals that the prime accused in the Lankesh and Kalburgi killings was also involved in the planning of the attack on theatres screening the film Padmaavat last year.

“Throw stone at the entrance (sic). Use petrol bomb on the vehicle. Use crackers and rods at the ticket counter. Make fake call and throw pamphlet. Theatre audience and producer will have loss. Mumbai Pune, Kolhapur, Sambhaji. Be practical at the gate,’’ says one entry made by Kale in his diary in a possible reference to plans to attack theatres.