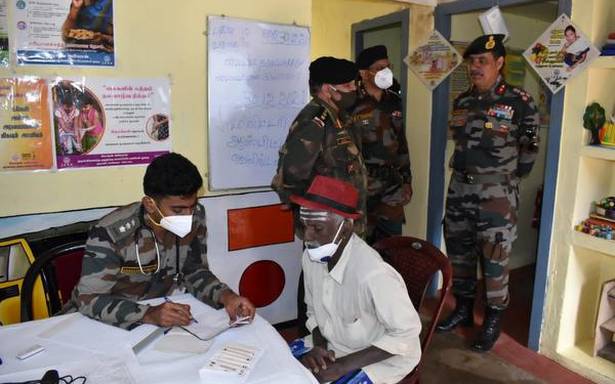 The military hospital in Wellington organised a medical camp for the residents of Nanjappa Chatram near Kattery Park in Coonoor on Thursday as part of the effort by the military to adopt the village.

The announcement to adopt the village and improve the lives of its residents was made by Lieutenant General A. Arun, General Officer Commanding, Dakshin Bharat Area, during his visit to the village a few weeks ago.

“This has been done as a gesture for thanking the village population for providing all possible help during the ill-fated helicopter crash on December 8,” a release from the Madras Regimental Center (MRC) said.

“A team of doctors, including a lady medical officer, nursing officer and paramedical staff from Military Hospital Wellington, rendered medial consultation services to the village. Patients requiring specialist medical consultation were referred to Military Hospital Wellington,” the release added. Similar camps would be held each month for the next one year.