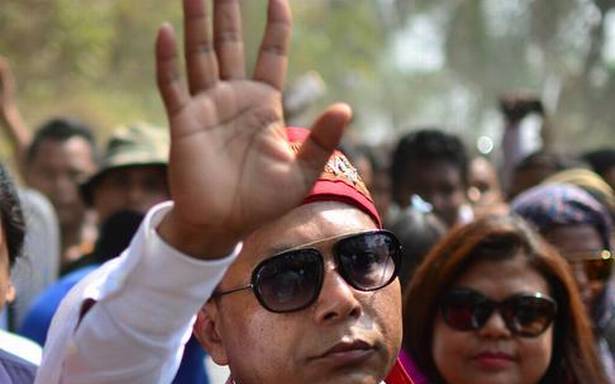 Former Meghalaya Chief Minister Mukul Sangma on Thursday said the State unit of the Congress needs course correction. He also played down speculation on him quitting the party. The veteran Congress leader, sulking after the All India Congress Committee (AICC) reportedly snubbed him while appointing Lok Sabha member Vincent H. Pala as State party president, said he would seek to rectify the “mistakes” and “wrongs” at an appropriate level within the “four walls of the party”.

Tongues had been wagging in Meghalaya since Dr. Sangma met Trinamool Congress general secretary Abhishek Banerjee in Kolkata on September 21. This came soon after the former Chief Minister skipped a programme to re-induct five former Congress leaders as well as the formal anointment of Mr. Pala as State unit president.

A party member close to Dr. Sangma said his meeting with Mr. Banerjee was merely a courtesy call during his visit to the West Bengal capital for some emergency.

“I followed my parents to the Congress, have represented the party from Ampati [Assembly constituency in the Garo Hills] and have been associated with building the party. But we must take cognisance of the mistakes and wrongs, and go for course correction,” he told presspersons in Shillong, Meghalaya’s capital.

Dr. Sangma chose not to answer questions on the possibility of his joining another party in the wake of the developments within the Congress in Meghalaya. “I do have friends in different political parties within and outside the State. But the focus now is to see how things have gone and how they can be resolved within our party,” he said.