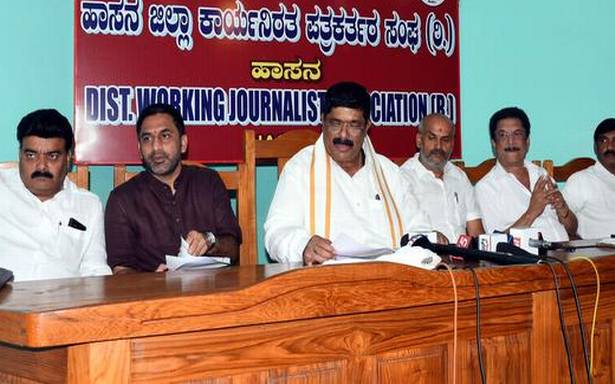 Minister for Excise K. Gopalaiah has said the State government will find a permanent solution to the elephant menace in Hassan district. The budget to be presented by the Chief Minister would allocate funds for the purpose, he said.

In a press conference in Hassan on Saturday, Mr. Gopalaiah, who is also Minister in charge of the district, said the government had understood the gravity of the issue. For decades the people in Sakleshpur and Alur taluks had been facing this problem. Many had lost lives in elephant attacks.

“I have spoken to Forest Minister Aravind Limbavali on this issue. He will be coming for a meeting with people of Sakleshpur on February 16. We will listen to people affected by the elephant menace and find out a solution”, he said.

Answering a question on the proposal for an elephant corridor, the Minister said the government would look into all possibilities. It would not be difficult to allocate ₹ 100 crore in the budget and take up the work, that would end the problem, he said.