According to sources, nearly 12,000 cops were on the roads to manage the crowd. Till around noon, 257 people were booked by the Kolkata Police for not wearing masks. 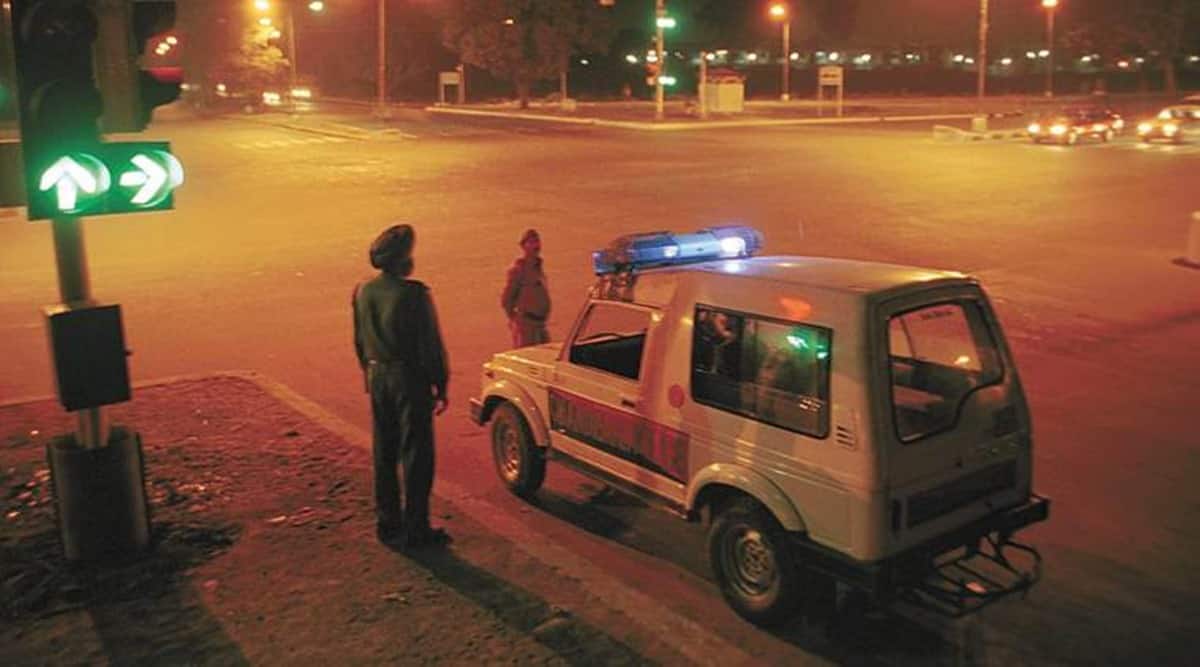 AS NIGHT curfew was not imposed in West Bengal on Thursday, New Year’s Eve, huge police contingent was deployed across all public places to manage crowds. With multiple police assistance booths and checkpoints set up, the Kolkata Police also distributed masks across the areas of Park Street, Victoria Memorial and the zoo to ensure that people followed Covid-19 protocol.

West Bengal Chief Secretary Alapan Bandyopadhyay had on Wednesday announced that night curfew would not be imposed anywhere in the state on New Year’s Eve.

“Here, the celebrations are not so cheerful. So, we do not need to impose curfew but there will be strict vigil throughout the night,” he said.

However, in comparison to past years, New Year celebrations have clearly taken a hit due to the coronavirus pandemic. Yet the picture here was opposite to all other cities – Kolkata witnessed several rooftop parties and gatherings at public places, with the Kolkata Police keeping an eye out for violators of Covid-19 protocol.

“Apart from distributing masks and sanitisers that are being distributed among people. We are also doing rigorous mike announcements to make people more aware so that they strictly follow all Covid norms,” said a senior police officer. Traffic Guard officers of the Kolkata Traffic Police also distributed masks and sanitisers among the visitors in front of the Victoria Memorial on Thursday.

According to sources, nearly 12,000 cops were on the roads to manage the crowd. Till around noon, 257 people were booked by the Kolkata Police for not wearing masks. Four persons were arrested for violation of safety restrictions.

The Calcutta High Court on Monday directed the West Bengal government to ensure that all Covid-19 safety norms are followed and large gatherings avoided. Following the court’s directive Kolkata Police intensified vigilance and escalated it’s “Mask up” campaign. The traffic police also intensified checks on drink driving and increased vigilance to new party hotspots in the city instead of confining itself to Park Street.

These include Ballygunge, Deshapriya Park, Purna Das Road and Sarat Bose Road that have turned into veritable “food streets” of late.