The recent DDC polls has seen the redrawing of political lines and the emergence of a new leadership — from a law student in North Kashmir to a dentist in the South, a school teacher in Jammu to the wife of a seasoned politician in Kashmir. The Indian Express in Jammu tell some of their stories. The recent DDC polls, the first democratic exercise in J&K since the Centre’s August 5 move, has seen the redrawing of political lines and the emergence of a new leadership — from a law student in North Kashmir to a dentist in the South, a school teacher in Jammu to the wife of a seasoned politician in Kashmir. The Indian Express in Jammu tell some of their stories.

A National Conference worker since 1999, Lone was among the mainstream politicians arrested and booked under the Public Safety Act in the aftermath of the constitutional changes to J&K. He spent six months in Srinagar Central Jail, before the UT administration quashed his detention.

“This win is an opportunity to strengthen the PAGD’s position so that we can take on the challenge of restoring J&K’s special status,” he said.

Lone defeated J&K Apni Party candidate Zahoor Ahmad Mir, who too was booked under PSA, by over 1,500 votes.
FIRST ON HIS LIST: “The last time these roads were paved was in 2014. That will be my first priority.”

In the winter of 2007, Irfan Hafeez Lone, then a law student at Kashmir University, staged a sit-in at Jantar Mantar to seek compensation for the losses suffered by J&K under the Indus Water Treaty, marking the beginning of his political activism. Thirteen years and two unsuccessful electoral attempts later, he finally managed to defeat a former legislator, Shoaib Nabi Lone, who was fighting on a J&K Apni Party ticket. A regular panellist on national television, Lone’s first brush with public life began early when, as a child, he would accompany his father Hafizullah Lone, a prominent activist, to meetings and rallies. In 1991, at the height of Kashmir’s days of militancy, when Lone was barely 12 years old, his father was gunned down by unidentified people at his village Wagub.

While in college, Lone would use Right to Information to ask questions of the government. He has also campaigned for industry status to Kashmir’s apple business.

In 2008, after his graduation, Lone unsuccessfully contested the 2008 and 2014 Assembly elections from Sangrama.

“The goodwill my family has earned and my own work on the ground have paid off,” he says. “Now it is my turn to fight for the people, for their political rights, for the special status. I have many differences with the NC and PDP but on the Gupkar declaration, we are on the same page”.

Lone hopes his victory will inspire others. “Activists usually fail in electoral politics — be is Yogendra Yadav, Medha Patkar or Irom Sharmila. But my win as an Independent candidate should encourage many others.”

FIRST ON HIS LIST: Widening of the Srinagar-Baramulla highway. “It has become a death trap,” he says.

In 2018, Safeena Baig was appointed president of the PDP’s women’s wing. Behind her sudden emergence were her years of political experience as a backstage manager for her husband Muzaffar Hussain Baig, a founding member and patron of the PDP who resigned from the party days before the DDC polls.

While Baig accused the party of not consulting him before leaders of the People’s Alliance for Gupkar Declaration (PAGD) finalised the seat-sharing deal, many believe he was not happy as the seat Safeena wanted to contest went to the National Conference. But Safeena denies this.

“Members of the civil society came to Baig sahib and said we should contest from there. Baig sahib had made a commitment to them and that was why I contested the polls,” she says. 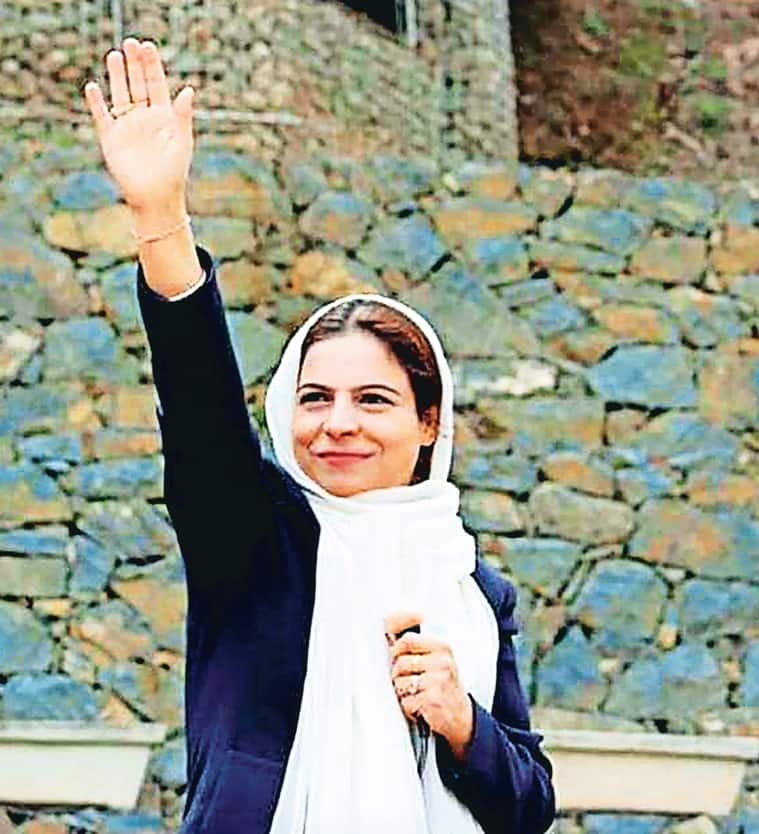 A lawyer, Safeena graduated from Aligarh Muslim University. But being

the wife of a politician, it was hard to escape politics.

But when the results were declared, Safeena had secured a comfortable lead over the PAGD candidate by 1,491 votes.

While she has not formally quit the PDP, she says, “My politics is linked to Baig sahib. Any decision on my future would be also linked to him.”

FIRST ON HER LIST: The constituency has several far-off areas and she hopes to start improving road connectivity.

The 22-year-old contested and won the Kakapora II territorial constituency, giving the BJP a rare win in South Kashmir. A third-year law student, she is keen to finish her graduation while also ensuring that the basic developmental demands of her constituency are met. “I wanted to make sure I have a background that can support my career in public service,” she says. 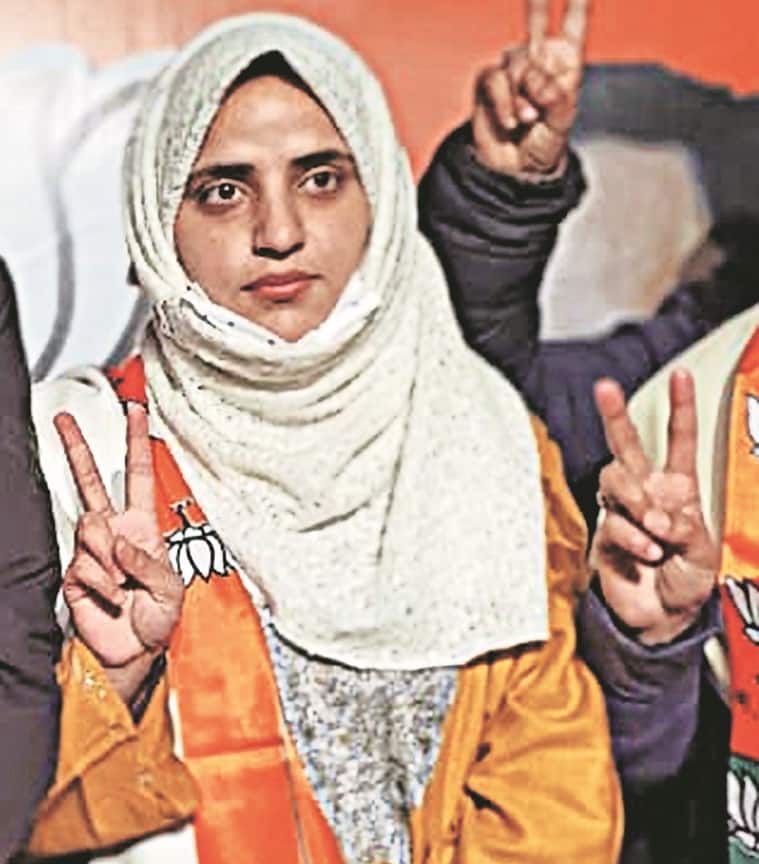 Her father, Lateef Bhat, is a BJP Pradesh unit functionary. With Kakapora one of the seats reserved for women, Bhat urged his daughter to contest. Mihna secured a 14-vote lead, defeating her closest opponent, PDP’s Ruqaya Bano.

FIRST ON HER LIST: Metalled roads for her village, Kakapora

A social worker and a qualified dentist, Dr Singh was elected as a DDC member from Tral, a separatist stronghold in South Kashmir’s Pulwama.

In fact, the mostly Muslim voters of Tral had voted in two Sikh candidates to the Pulwama DDC. “Kashmiriyat is all about communal harmony,” says Singh.

Son of a school teacher, Singh joined the Government Dental College in Srinagar for his graduation. It was here that he had his first brush with student politics. After being associated with the Congress’s student outfit, the National Students Union of India, Singh soon became state general secretary of the Youth Congress.

In 2011, Singh joined PDP as general secretary of the party’s youth wing. “I switched to a regional party because you had access to the leadership — you could meet Mehboobaji whenever you wanted,” he says.

Elections to the 20 DDCs across Jammu & Kashmir has seen 278 members, cutting across party lines, emerge victorious in the first democratic exercise since the Centre stripped the former state of its special status and downgraded it into two Union Territories. The fact that most of the DDC members are political debutants is a sign that J&K’s democratic space is still intact.

Singh hopes the DDC win will help him serve people better. “Earlier, when people came to me with their problems, I would try and help them, but having to deal with the bureaucracy was frustrating,” he says. “But now that people have voted me to the DDC, I will fight for them.”

FIRST ON HIS LIST: Removing “commission culture”. Also, better electricity and safe drinking water for villages in his constituency.

A former sarpanch from Kapran and a former block president of the Congress, Shahbaz says it is the work he did as chairman of the Block Development Council over the last two years that propelled him to a win in the District Council. However, his decision to contest meant he had to go against his party.

Ahmad says though he had been a ground worker of the Congress for long, “yet, the party gave the ticket to a candidate who has never worked on the ground here”. “I have worked for the development of the area over the last couple of years and people do see that,” Ahmad added.

FIRST ON HIS LIST: “About 80,000 people of the area depend on a single branch of the J&K Bank in Anantnag. I hope to get a branch of the bank closer to the village.”

Kouser resigned from her job as a government school teacher in Jammu city’s Sunjwan area to contest the DDC polls. She defeated the NC’s Shaheen Akhtar by a margin of 2,446 votes, relegating her aunt and wife of former minister Zulfikar Choudhary (J&K Apni Party), Zubeda Begum, to third place.

“People reached out to my husband Javed Iqbal, who is chairman of Budhal Old Block Development Council, to field someone from the family after the DDC constituency was reserved for women… For me, this is an opportunity to serve people living in these tough terrains. I have made it clear to my husband that I will not sit at home and allow male members of the family to work in my place,” says Kouser who holds a Masters’ in microbiology.

Ensuring children of her constituency get to schools is among her priorities. “The government scheme of having a primary school every 3 km and a middle school every 8 km exists only on paper. Even today, there are children in the constituency who have never been to schools,” says Kouser, who has shifted her daughter, a Class 2 student, from a school in Jammu city to one in Rajouri to ensure that she is available to her constituents at all times.

FIRST ON HER LIST: Kouser says her first focus will be to ensure road connectivity. “There are villages where people trek for nearly three to four hours to get to the nearest motorable roads,” she says.

“Villages don’t have road connectivity… The constituency has 15 panchayats under it and only two dispensaries… Schools don’t have adequate teaching staff,” he says. 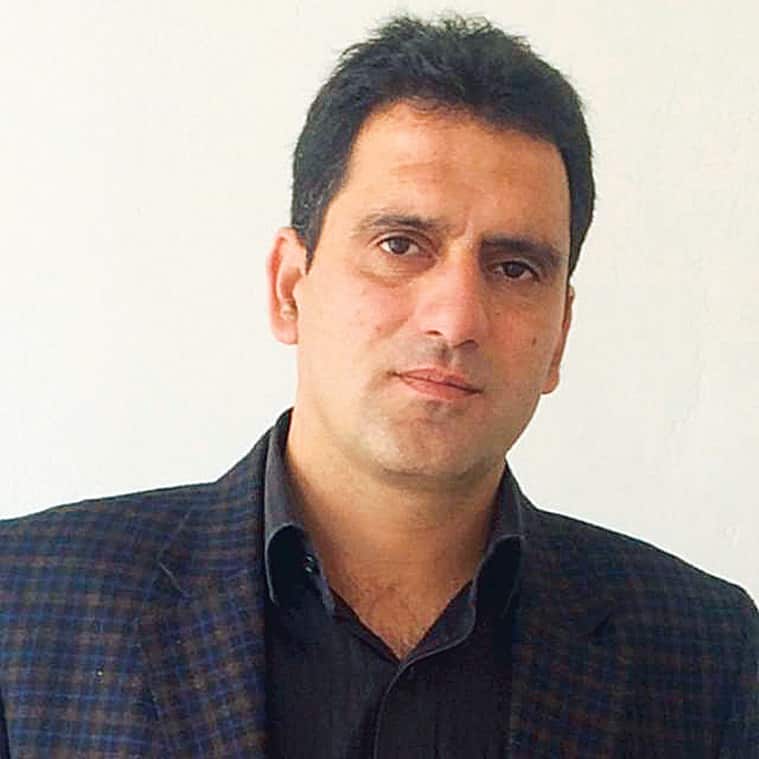 However, adds Qureshi, the success of his plans will depend on “how the government behaves”. “Let’s see if they allow the DDCs to work and allocate funds to it. People are not happy over the way things happened on August 5, 2019 (when Article 370 was revoked),’’ he says.

FIRST ON HIS LIST: Qureshi wants to bring road connectivity to his constituency

A physician, Singh polled 10,579 votes and won the Nowshera constituency, a BJP bastion and native place of J&K BJP president and former MLA Ravinder Raina. His win on a PDP ticket assumes significance in light of the BJP’s extensive campaign in the region, including visits by Union Ministers.

“There had been no development in Nowshera despite it being a border area. People living along the LoC face Pakistani shelling every day. They get injured, even killed, and their houses are damaged, but nobody cares for them,” says Singh, who retired from government service eight years ago and now has his own medicine practice in Nowshera town.

“In the 2014 Assembly elections, the present BJP president Ravinder Raina got elected due to the Modi wave, but he did not visit the people here after that,” he adds.

Singh says he was sure of winning because there was already a lot of discontentment among people and “no BJP wave in the constituency”.

FIRST ON HIS LIST: As a DDC member, he says, my role will be to ensure power supply, better healthcare, and more safety measures in the constituency

A homeopathY practitioner, she defeated former MLA and Dogra Swabhiman Sangathan Party candidate Kanta Andotra by a margin of 1,675 votes.

“I hail from Jagatpur village. It is only one km away from the highway at Lakhanpur, but there is no road connectivity. Last year, when I got married and moved out, I also had to walk to get anywhere… That’s when I decided to contest the polls,” she says.

Shaveta believes the DDC polls will highlight issues of rural areas and also help bridge the gap between Jammu and Kashmir. “The two divisions have always accused each other of taking away the major share of development funds. Now that both have an equal number of DDC constituencies, there will be real change on the ground,” she adds.

FIRST ON HER LIST: Shaveta says while campaigning she found that there were very few government dispensaries in her area. Ensuring better healthcare will be her priority 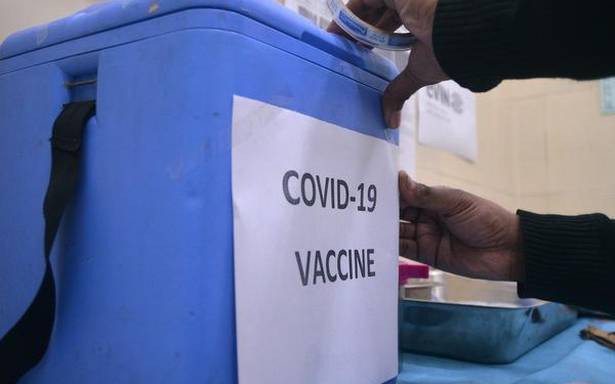 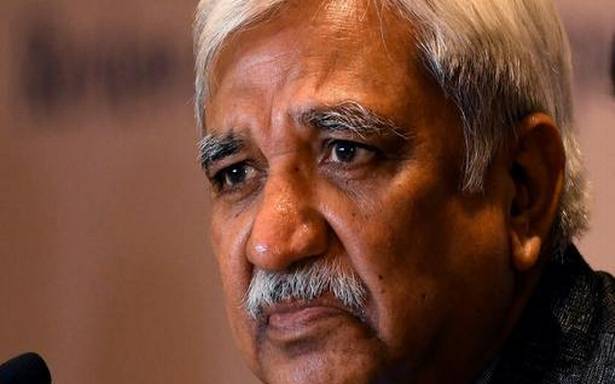