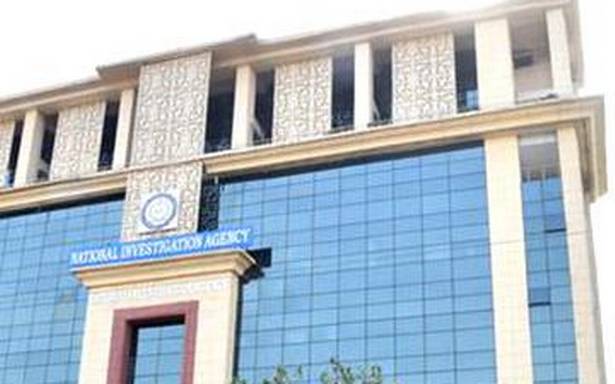 The National Investigation Agency (NIA) will probe the suspected involvement of Germany-based Sikhs for Justice (SFJ) operative Jaswinder Singh Multani in the use of drones for the smuggling of arms, ammunition, explosives and drugs into the Indian territory by Pakistan-based syndicates.

Based on inputs related to his alleged role in attempts to revive terrorism in Punjab, the agency has registered a case against him and his associates. Following an alert from Indian agencies, the police in Germany detained him a few days ago. “Multani was released after he submitted an affidavit that he would cooperate with the authorities concerned,” said an official.

“We have evidence indicating that Multani has been in touch with Pakistan’s Inter-Services Intelligence (ISI). He also has links with smuggling syndicates in Pakistan and on the Indian side in Punjab. Through social media platforms and encrypted chat messengers, he radicalises gullible young men from Punjab and motivates them to indulge in such illegal activities,” the official said.

Security agencies have come across many instances wherein drones, apart from being deployed for surveillance along the border, were used by Pakistan-based elements to smuggle explosives, arms, ammunition and drugs across to India. Last year, there were about 70 drone sightings along the border in Punjab and Jammu.

On December 18, 2021 the Border Security Force (BSF) had shot down a drone in Punjab’s Ferozepur sector, but it was not carrying any payload. In September last year, BSF personnel fired at another drone along the International Border in Amritsar. It flew back to Pakistan after dumping six packets containing drugs, which were later seized.

The NIA is already probing a case in which is a tiffin box fitted with an improvised explosive device (IED) had been dropped using a drone in Punjab on August 8, 2021. The box contained five hand grenades, 100 cartridges, an explosive substance weighing over 2 kg, a switch, and a remote control device.

In January 2021, the Jammu & Kashmir Police apprehended two persons while they were picking up a consignment of 16 grenades, two AK-74 rifles, nine AK magazines, a pistol and ammunitions smuggled in via a drone. In a similar case, the Punjab Police seized 11 grenades in December 2020.

Yet another case came to light on June 20, 2020 when the BSF shot down a UAV (unmanned aerial vehicle) carrying an M4 rifle, several grenades and ammunitions in the Hira Nagar sector of Jammu. Another consignment of weapons and ₹4 lakh in counterfeit currency was earlier dropped in Punjab’s Gurdaspur in the same month.

“An emerging trend is that the weapons being dropped in the border areas of Punjab are also being further transported clandestinely to Jammu & Kashmir for terror activities,” said another official.