Gadkari on Monday inaugurated and laid foundation stones to 15 national highway projects in the state. 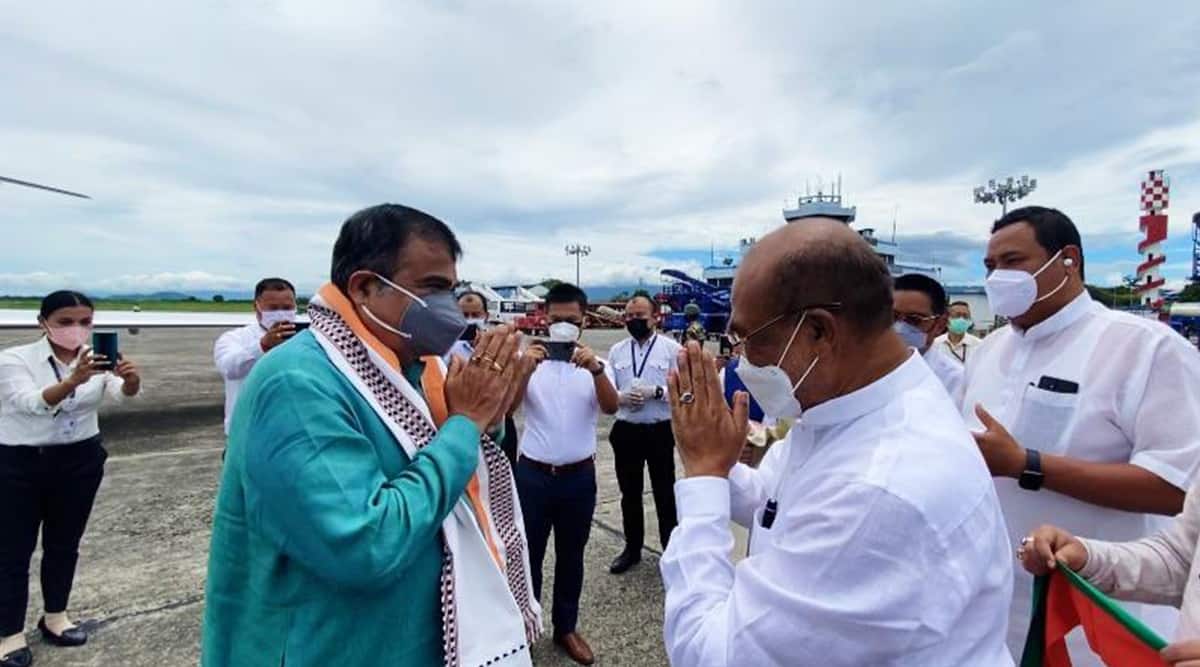 Union Minister for Road Transport and Highways, Nitin Gadkari on Monday inaugurated and laid foundation stones to as many as 15 national highway projects in Manipur.

The official event was held at the City Convention Centre in Imphal in the presence of Manipur Chief Minister N Biren Singh, cabinet ministers and others. The new projects span a total length of 298 km and have an estimated cost of Rs 4,148 crore.

The union minister also flew to Tamenglong district to flag off vehicles at the newly inaugurated Makru Bridge situated along the NH-37 (Imphal-Jiribam Road).

The Imphal-Jiribam Road is one of the two lifelines of Manipur connecting the state with the rest of the country.

Speaking on the occasion, Gadkari said that progress of any nation depends on the growth of three sectors — agriculture, industries and service sectors. “The Centre, under the leadership of Prime Minister Narendra Modi, has always given priority to the infrastructure development of northeastern states, particularly Manipur,” said Gadkari.

He urged the state government to cooperate with his ministry and expedite work on the new projects. He also asked the authorities to take steps to ensure that any issues regarding land acquisition and environment clearance in relation to the projects are resolved soon.

“We want to eradicate poverty and create employment potential. We want co-operation at every level. I promise you that the entire infrastructure of Manipur will be improved for the comfort of its people,” said Gadkari.

He added that the Centre will launch new projects for Manipur worth Rs 25,000 crore in the next two years.

The union minister also said that the Transport Ministry has already sanctioned DPR of Rs 5,102 crore and projects worth around Rs 10,671 crore would be sanctioned for 2021-22. Moreover, the annual plan for the state had been raised to Rs 5,000 crore from an earlier amount of around Rs 300 crore, he added.

Chief Minister N. Biren Singh said that the inauguration of the Makru Bridge was a milestone for the state. It will now enable seamless movement of goods and services along the NH-37, bringing relief to both transporters and the general public, he added.

Singh also requested Gadkari to consider sanctioning proposals for other significant projects which have been submitted by the state government.