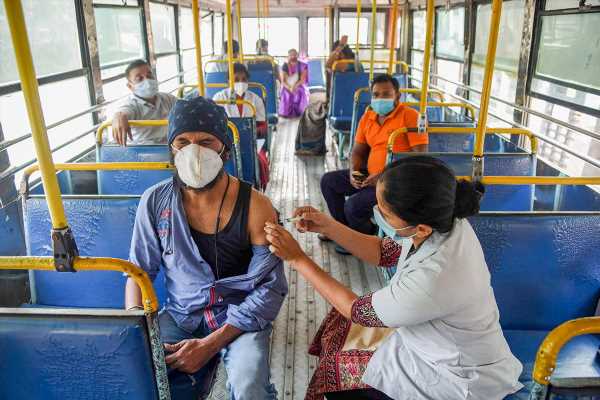 If Omicron finds root in India in larger numbers — which it might, like it is in the US, UK, South Africa, Denmark and Norway — very few of us are unfortunately going to be able to hide from it, unless we take concrete steps to do so.

We may not get severely sick, if we catch Omicron, but we can pass it on to someone who is much, much more vulnerable, even if that person is vaccinated, and that may result in severe illness or death for them.

So, folks, it’s time again, to don those masks really tight and social distance with seriousness.

Dr Nahid Bhadelia, who heads up the Boston University Center for Emerging Infectious Diseases Policy and Research — she is its founding director — shares her reading of the current Omicron situation with Vaihayasi Pande Daniel/Rediff.com.

Dr Bhadelia, who is also associate professor, infectious diseases, Boston University School of Medicine, has words of hope to offer on a personal level: If we are doubly vaccinated, most of us have 70 per cent protection against severe disease. 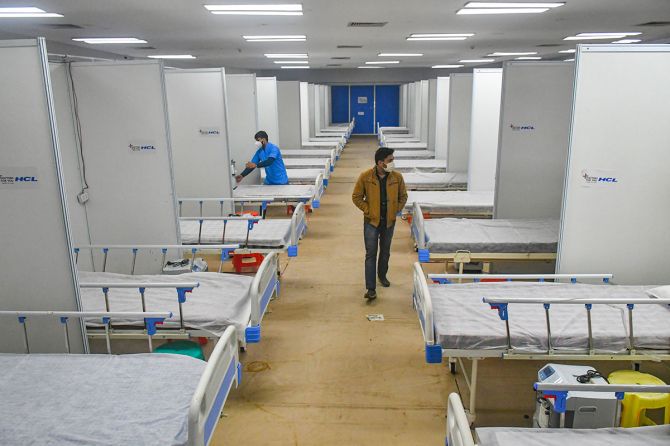 How significant is Omicron and how does it change the global COVID-19 situation?
For us in India, where Omicron has not yet really taken hold, is this the calm before the storm?

Yes, well, in the US, I think we’re already in the middle of a storm.

The way that I liken it is: Omicron is pouring a lighter fluid on top of a raging fire that was already Delta, right?

We had hoped that there would be some disconnect between the number of hospitalisations and the number of cases, because 61 per cent of the US is fully vaccinated.

But it’s a more transmissible variant — which this (Omicron) very much seems to be, at this point, both from its growth potential from secondary countries and from suggestions from the data from household transmissions.

A UK report of last Friday, found that (with respect to) the risk of household transmission you have three times the odds of getting infected from an Omicron case, in your household, compared to a Delta case.

There’s a lot of data regarding the increased transmissibility.

The UK’s technical brief, from last Friday (December 10), put a similar number — they said they had between three and eight times greater risk of re-infections with this variant compared to prior waves.

You’ve got a highly transmissible variant, which still causes a lot of infections, even in people who had prior infection, and also it decreases the efficacy of the vaccine against infection. So, you might see a lot of breakthrough infections.

But the good news is that you’re seeing T cell data, as well as early clinical data, that shows that there’s still good and significant protection, particularly if you’ve had two doses and a booster against Omicron.

And even if you’ve had just two doses, I think the South African data from a couple of days ago, which is very preliminary, showed 70 per cent protection against severe disease.

That’s nothing to scoff at. I mean, that’s really good numbers.

So, then you have to sort of flip the paradigm to say: Well, okay, if 61 per cent of the Americans are fully vaccinated, that means 39 per cent are still vulnerable, or they don’t have enough immunity. Maybe a portion of those maybe had prior infection.

There’s a wonderful graph (external link) that shows when you have a more transmissible variant, the sheer number of people that it infects means that there’ll be greater number of hospitalisations, because it infects more vaccinated people, but it also infects more vulnerable people, right?

So, you’re likely to see the percentage of people getting hospitalised maybe smaller if we find out that the virulence of the strain is maybe less. We don’t know that yet. I don’t think we can say that with confidence.

But let’s say that turns out to be true, then the advantage you might have from that is completely over shot by the unfortunate reality that it’s just going to infect more people and it will find more people who are vulnerable, who will end up in hospital.

The concern is that’s what’s going to overwhelm the healthcare systems.

That’s why you’re seeing the steps that WHO recommended — they published a really great technical briefing (external link) that sort of goes through a lot of the data that we have so far.

That’s where I stand: I think that what you’re seeing is that the landscape is shifting. When you look at the UK situation, where hospitalisations are going up, their cases are going up, the concern is that this growth potential, that the variant has, poses a lot of threat to healthcare systems response. 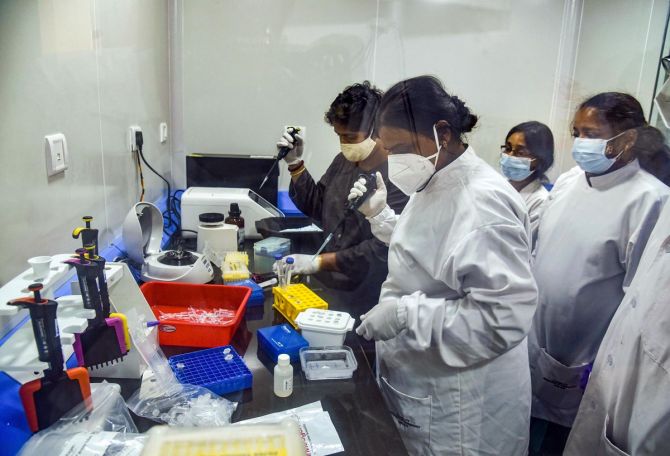 That could be how it will affect India too?
We have a fair amount of immunity, via herd immunity and also because of vaccination levels, but as you said, Omicron is like water finding its level. It will go looking for the people who have not been vaccinated? 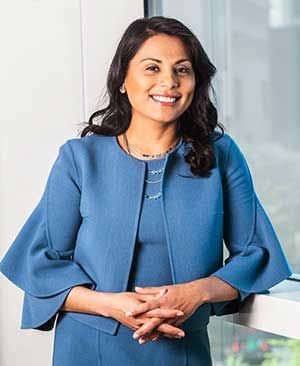 Or it will find people because everybody’s transmitting, everybody’s getting breakthrough infections. That aspect is there.

I also think this is the reason why you’ll see a lot more countries recommending boosters, which, of course, has implications about global vaccine equity, because yes, Omicron is a very, very obvious case for boosters.