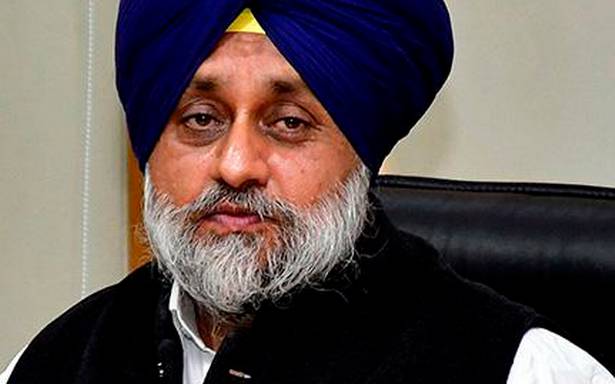 Ahead of Prime Minister Narendra Modi’s visit to Punjab, Shiromani Akali Dal patron Parkash Singh Badal on Tuesday asked the Prime Minister to take some concrete steps to expose the conspiracy behind the on-going incidents of sacrilege against the Sikh faith, besides resolving the other political, religious and economic issues.

“As PM, you would earn a lot of good will and my personal gratitude if, before coming here, you announce an economic, political, agricultural and territorial package to meet the demands of the Punjabis,” he said.

The former Chief Minister said thousands of families are still awaiting justice for the 1984 anti-Sikh riots. He said he was making this request just to remind him of his sacred obligations to the country’s food bowl and sword arm — Punjab.

Mr. Badal demanded a major agricultural economic package to pull the Punjab farmers out of indebtedness. “It would be a great gesture if you go beyond optics and announce steps like an inquiry by a sitting judge of the Supreme Court to go into the conspiracy behind the painful series of sacrilegious incidents against Sikh faith and address other issues facing the people of the State.”

Mr. Badal also asked Mr. Modi to consider the transfer of Chandigarh and other Punjabi-speaking areas and the resolution of the river waters issue as per riparian principle.

He drew the attention of the Prime Minister to the loss of around 800 lives in the agitation against the three farm laws and said these sacrifices must be acknowledged by a concrete gesture by the Union government to help their families.