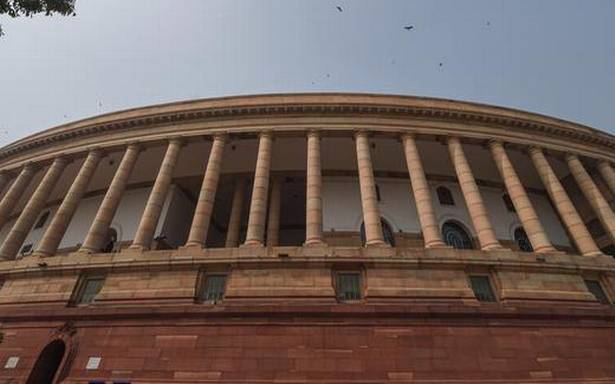 On the second day of the Monsoon session, the Parliament is expected to continue to witness scenes of protests by the Opposition over myriad issues including the Pegasus spyware snooping scandal, the response to COVID-19 pandemic, and the continous hike in fuel prices.

On Monday, both Houses were adjourned multiple times as Opposition members raised slogans in Lok Sabha and Rajya Sabha

Bills for Consideration and Passing

Bill for Consideration and Passing

The issue of "snooping" using Pegasus spyware snowballed into a massive political row in Parliament and outside as various parties demanded a thorough investigation and sacking of Home Minister Amit Shah, while the government maintained it had nothing to do with it.

The Congress accused the government of "treason" and held Shah responsible for the snooping and hacking of phones of journalists, judges and politicians, and demanded a probe into the "role of the prime minister" in the entire matter as well.